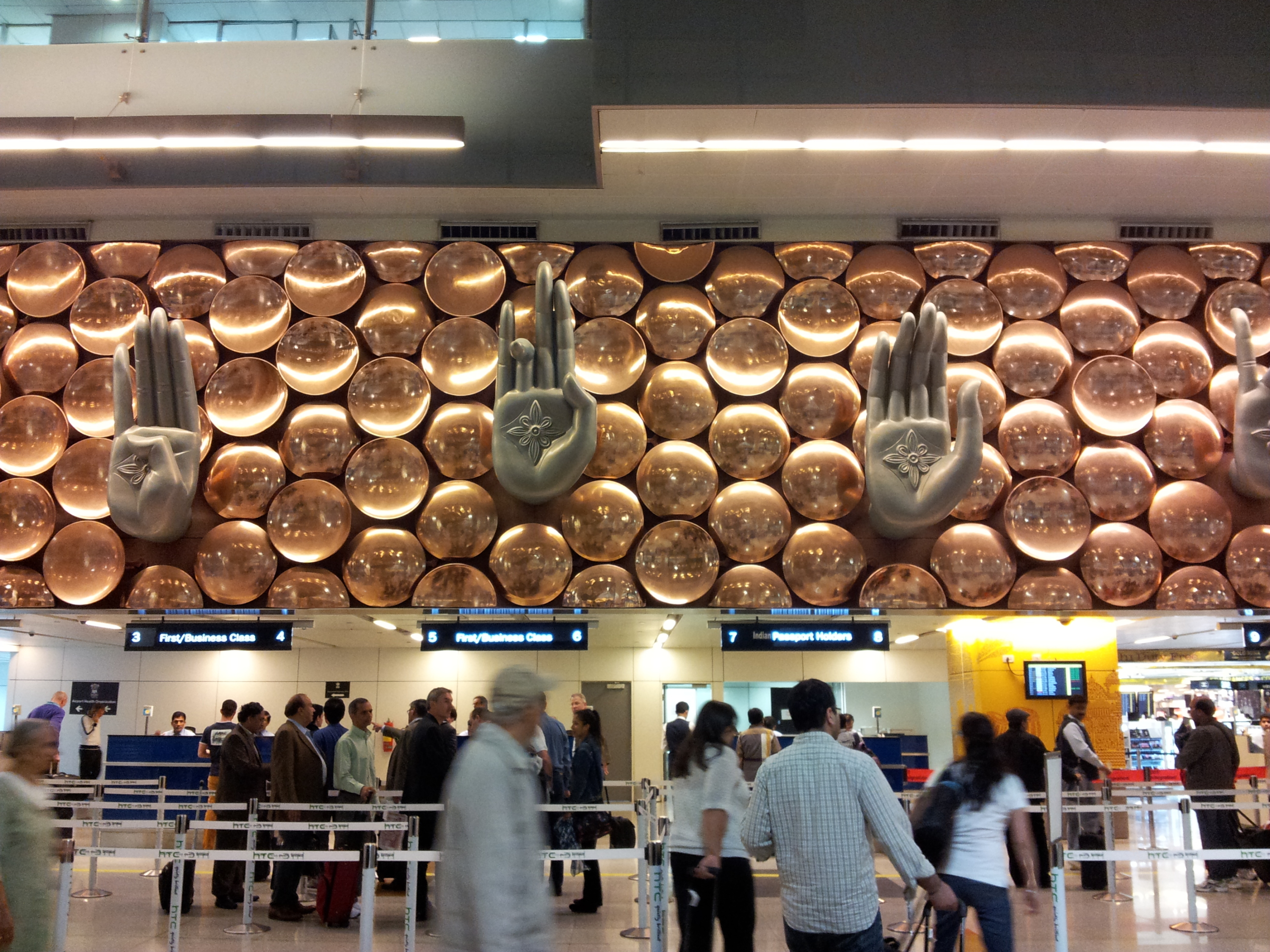 After an 8-hour flight in which I couldn’t sleep at all, and a cold sandwich in Frankfurt airport, I took a connecting flight to Delhi at 3 p.m. I was so tired by then that I stopped noticing the non-stop talking in Hindi coming from the lady sitting next to me, and I passed out for almost the entire trip.

When I arrived in Delhi airport, I could only think of how clean, modern and beautiful it was, especially when you see those big hands in customs and I felt like I had arrived to the most modern yet exotic city. But I made a big mistake, and it was expecting something from India, when you should never EVER expect anything from it. I thought the city would look like that as well. I couldn’t be more wrong. 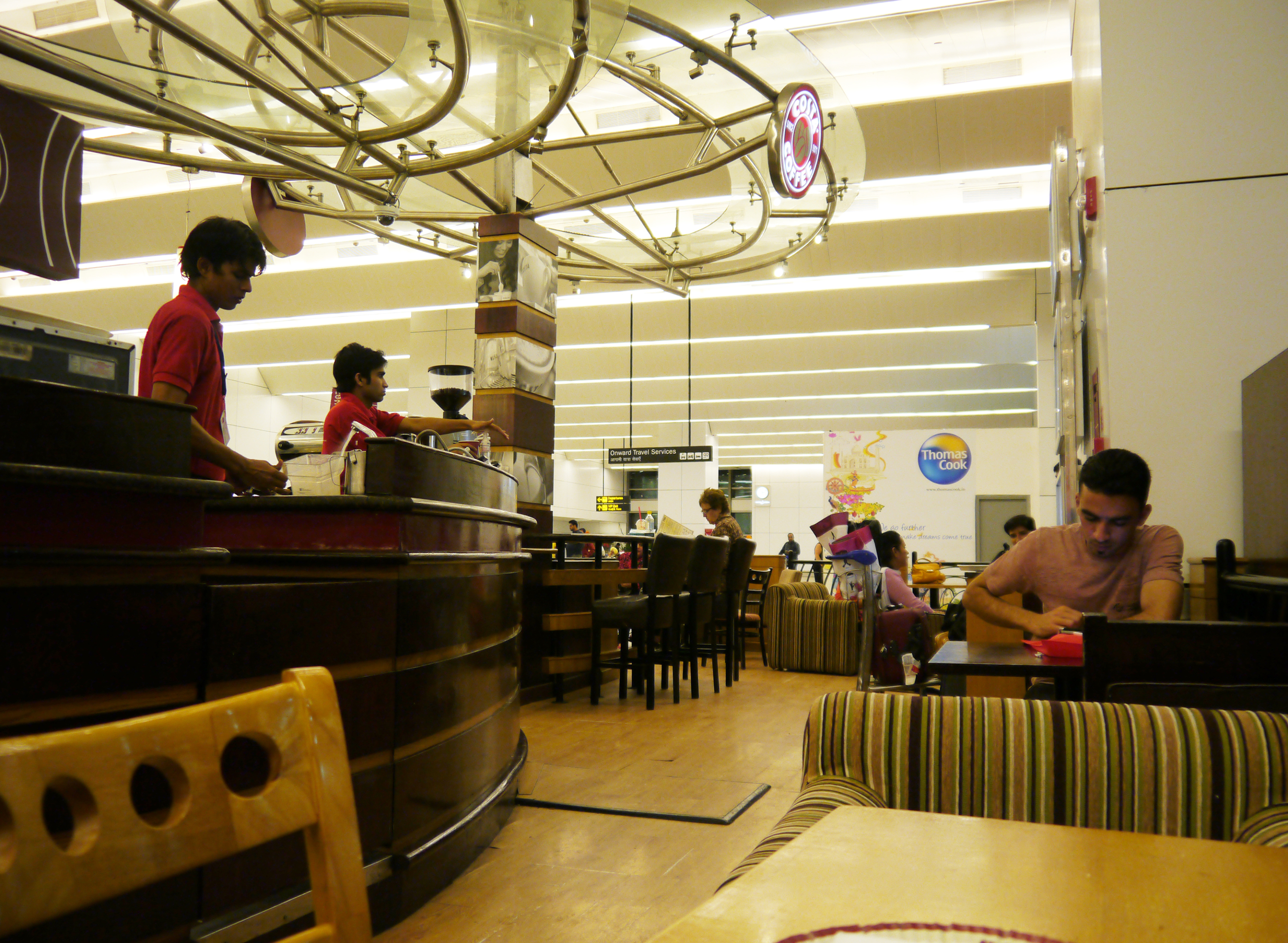 Taking a nap in a café in Delhi airport

When I passed baggage claim, I went to a public phone and rang my parents in the other side of the world, then I sat down in a Costa Coffee in the airport and fell asleep without even noticing thanks to my jet-lag. After an hour waiting/sleeping a guy from the exchange program picked me up, and we finally left the airport. After a few minutes driving into the city I got scared seeing the streets at 3 a.m. I tried to convince myself it was just a part of the city, that maybe this wasn’t the «nice part», but no, after a while I realized that was how Delhi looked like, I wasn’t going to be living in the nice airport for a year, but in this chaotic city. And when the chaos sleeps is not a nice picture, but it wasn’t that bad. 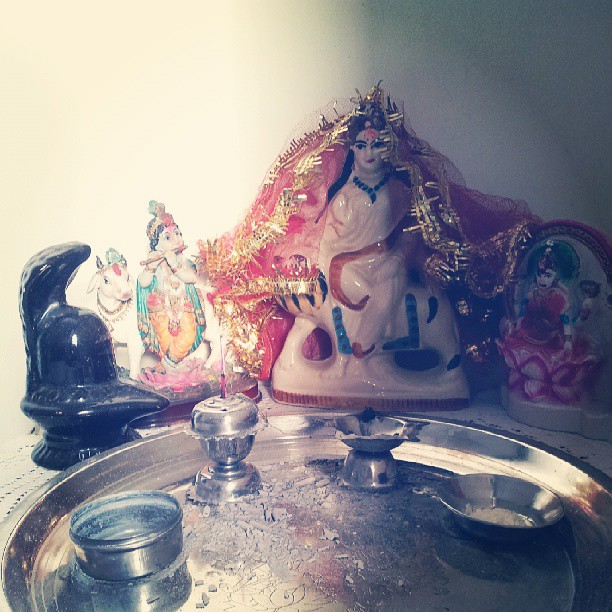 How I spent my first night

We arrived to the guy’s apartment and I spent the night in his sister’s room, with walls full of images of Hindu gods, and I thought I’ve never seen something that exotic in my life. I was feeling extremely anxious because my mind was processing way too many emotions at the same time: excitement, fear, expectation, and exhaustion. I was still awake by dawn, and then I heard all the birds outside singing and making noises as soon as the sun came up. Finally, my mind gave up and I feel asleep.

In the morning the guy from the exchange program gave me a delicious but overly sweet chai, that I couldn’t drink because of my strong jet lag. I stepped out of the room to the living room and I saw a hundred of recently washed dishes on the dining table and a lady in the balcony completely surrounded by vegetables she was washing and preparing. I packed the little things I had worn the night before and I remember feeling in shock. I wanted someone to pinch me and wake me up from that crazy dream of me leaving everything behind and moving to India. But this was only the beginning. I guess the good thing is, after you get over the «shock phase», you probably fall in love with India. Madly in love. I’ll let you know when I feel like I’m starting to get there.