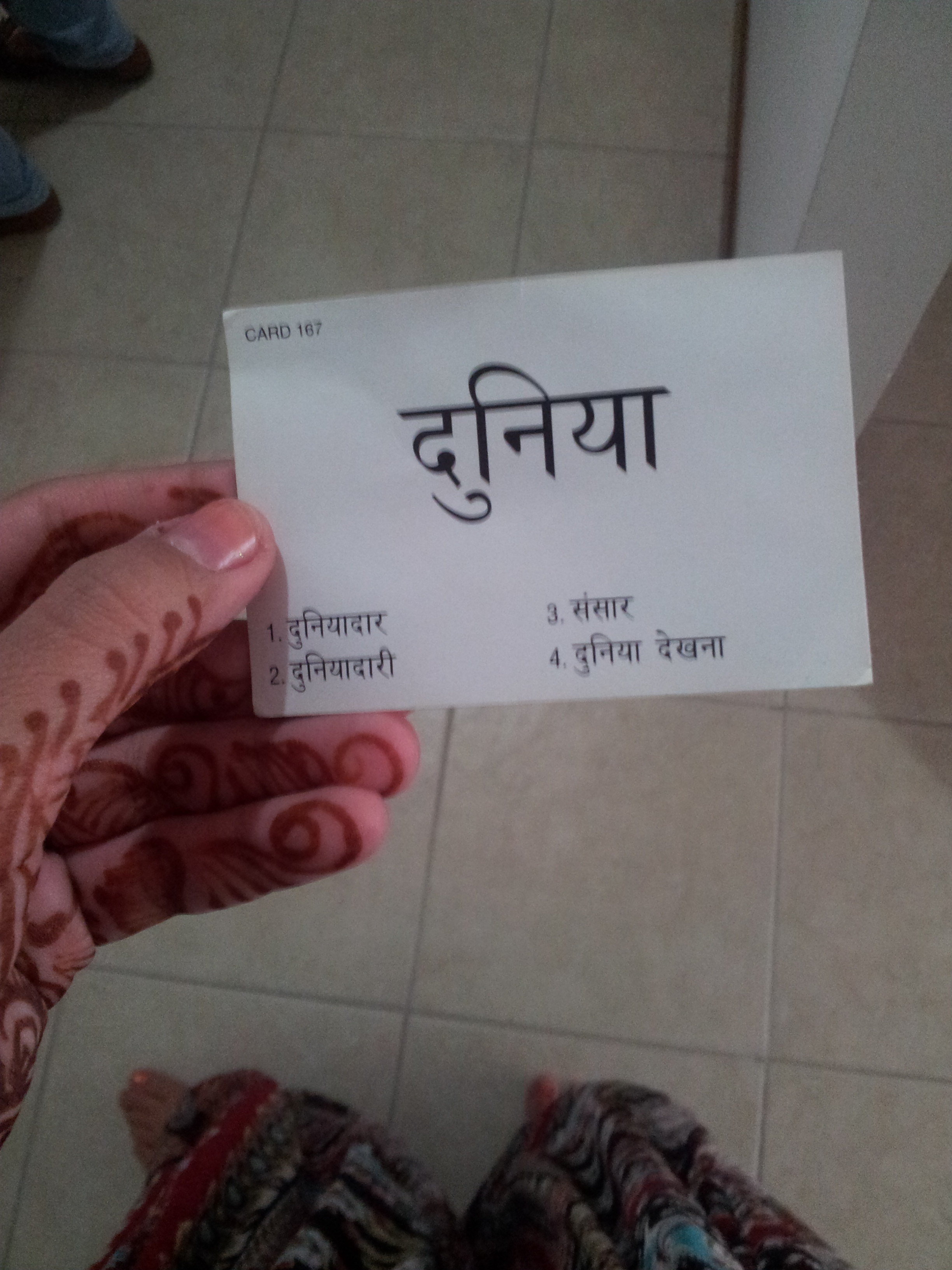 So turns out, today I found myself listening to Bollywood songs I recently discovered on YouTube while I was working at the office. All of them were obviously in Hindi, and of course, I didn’t understand a word they said, until I heard one I recognized, and I almost started screaming out of pure happiness.

I treasure every single word I learn in Hindi because it is a very difficult language but mainly, because it makes me feel like I’m a part of Delhi, and not just a foreigner. My interactions with the auto rickshaw drivers have changed drastically, since I learned how to negotiate the price of the ride and how to make myself clear on where I’m going. I must admit,each time I had to take an auto during the first month living in Delhi,  it was nearly a fight between one indian man yelling in Hindi, and one desperate Colombian girl cursing in Spanish.

But today, I smiled to the “bhaiya” in the morning, I told him I would pay him meter plus 25 rupees before jumping in his auto, then I thought he had the most perfect hair (and by perfect I mean Derek Shepherd has terrible hair next to him) and I was able to indicate him in the most zen way “Let’s go to AIIMS metro station please”. 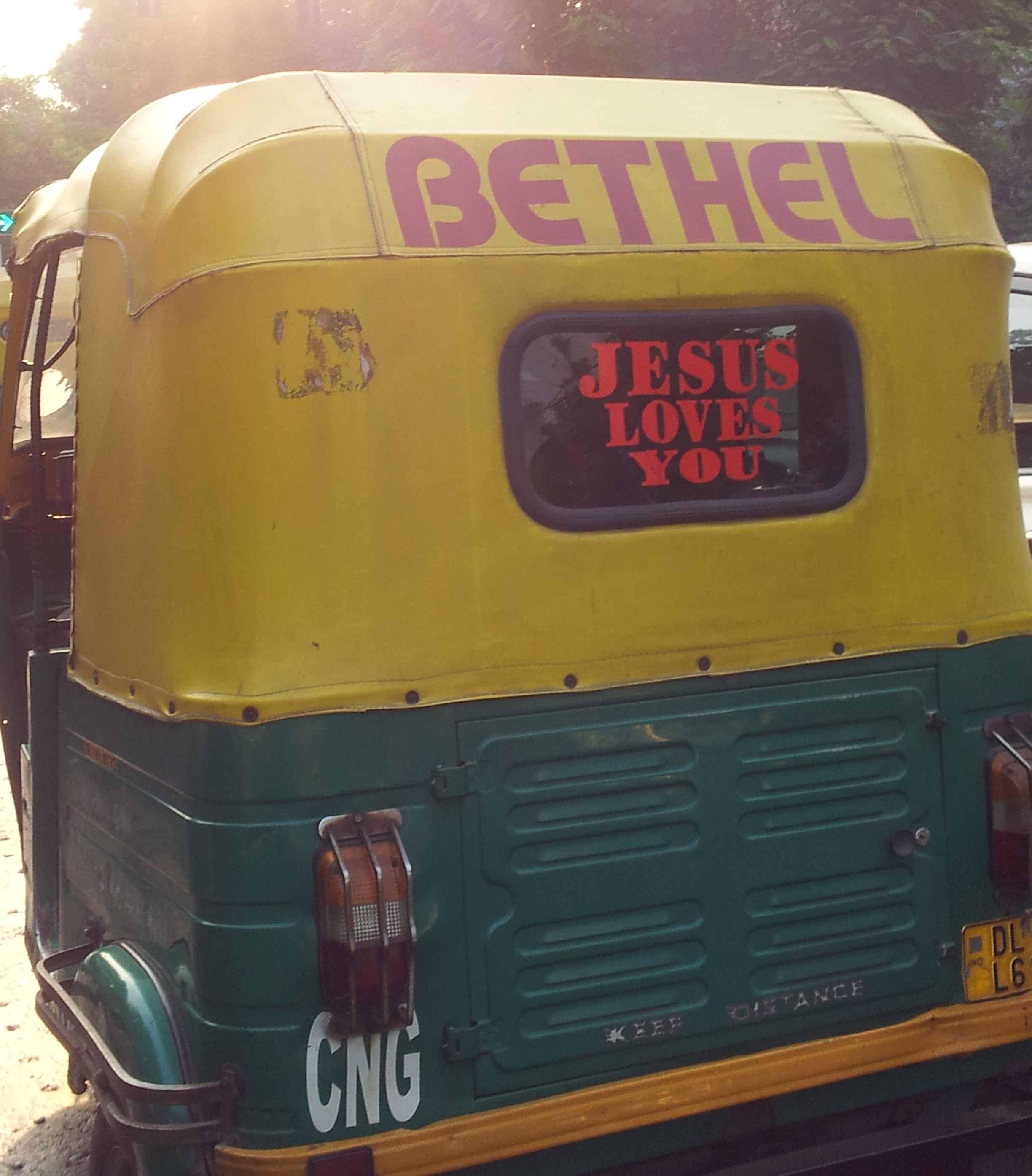 So in just one month, my entire perception of this city has changed drastically. It feels like I got here yesterday, but at the same time, like I have been away from home for years. If I could give you a good advice on how to adapt quickly to India, besides the ones regarding food, it would be this: Learn any word in Hindi you can. Seriously. Anything. Ask other foreigners that have been living here for years to teach you some words. Ask any Indian friend you make to explain you how to pronounce something or what does a sign on the road means. They are the sweetest and nicest people and they probably want to make your visit or stay in this country the best you can experience. Buy a little book that might help you with the basics, or buy cards in Hindi to learn (we have some in our flat). Learn words from those songs by Yo Yo Honey Singh, chances are you will be dancing them at some point in a club anyway. 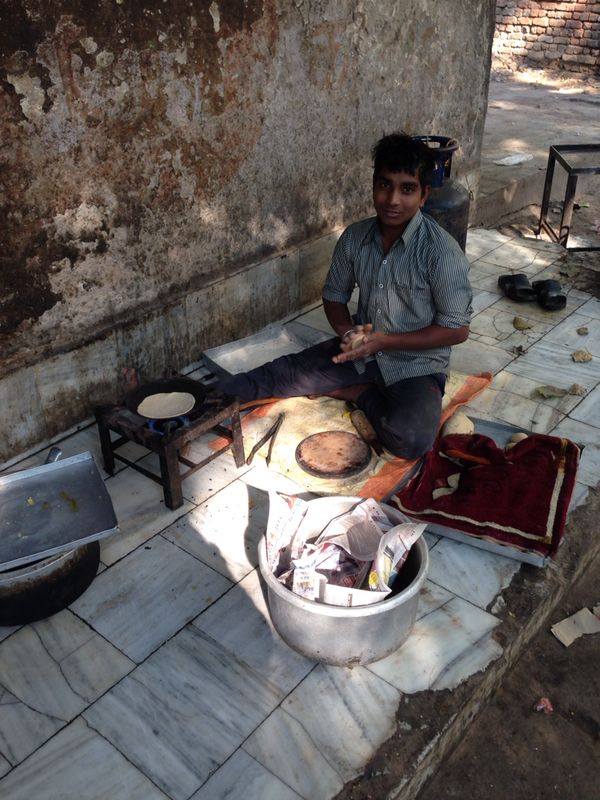 This photo was taken by one of my roommates Chris, in Malviya Nagar.

I’m not fluent in Hindi, by any means, but at least I have one less problem in the morning when I’m able to communicate with the guy that sells the fruits. And when I say problem, I’m talking about me. Because I have understood that the problem is not India, it’s me. It’s a western person trying to swim against the Indian tide, expecting and wanting things from a place that will give you the exact opposite. So take it easy on India. Learn some of the words, and get used to go with the flow.