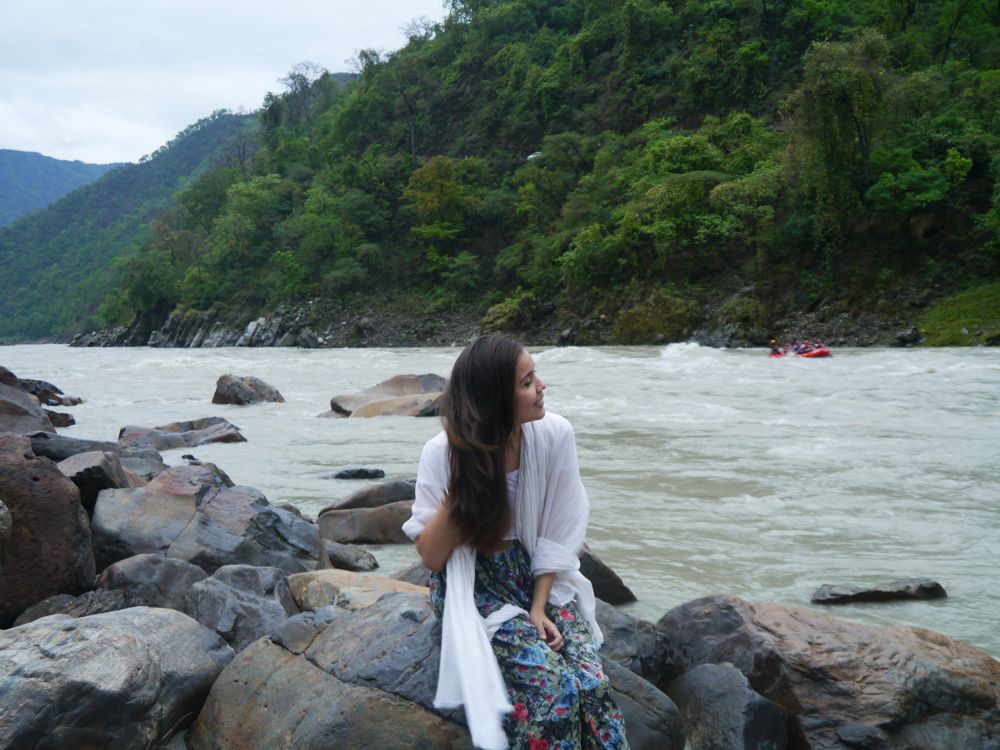 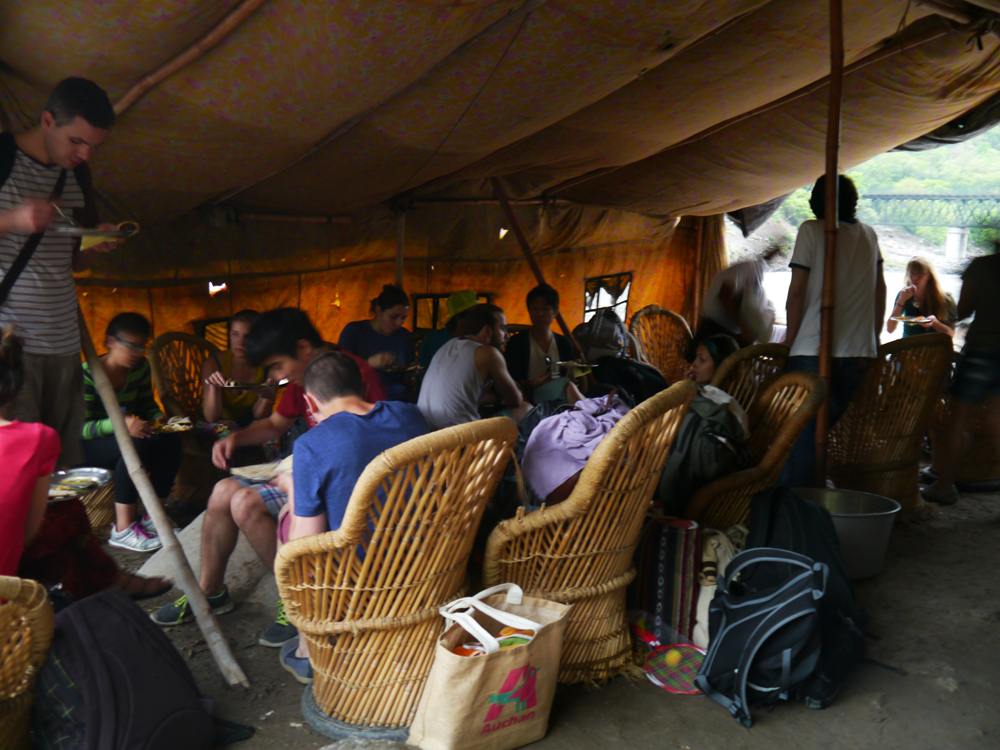 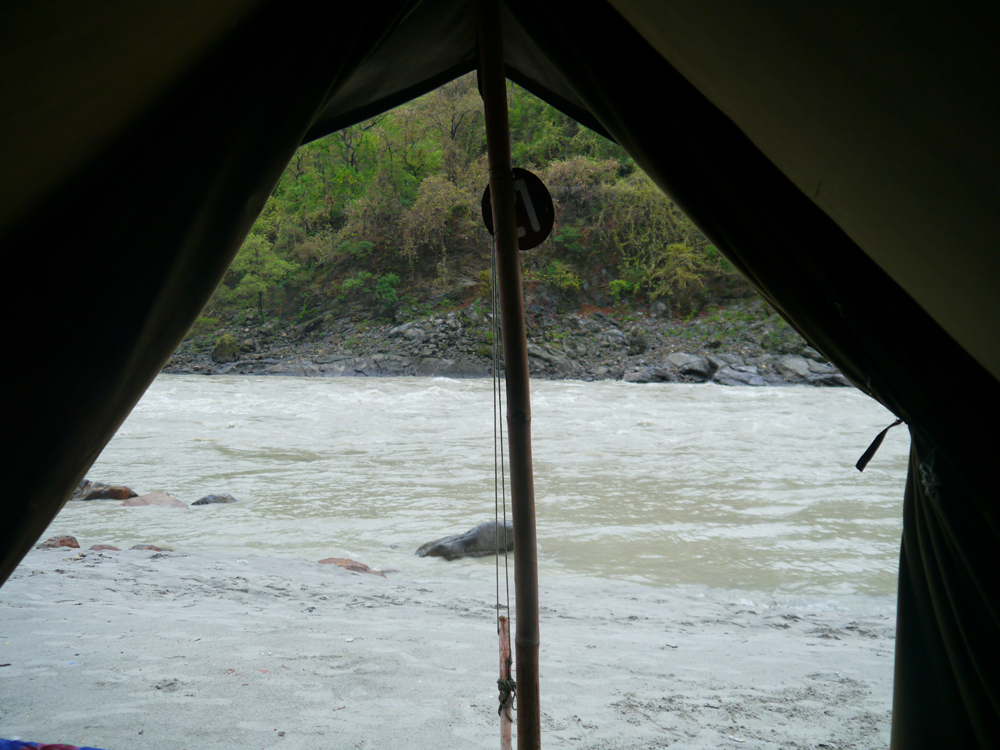 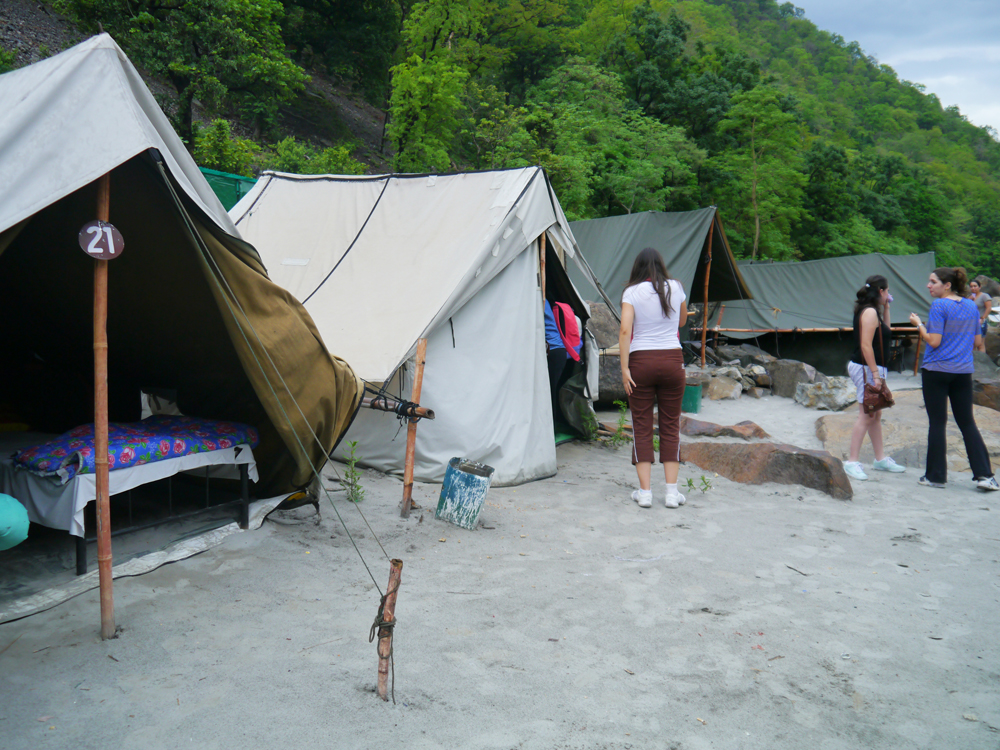 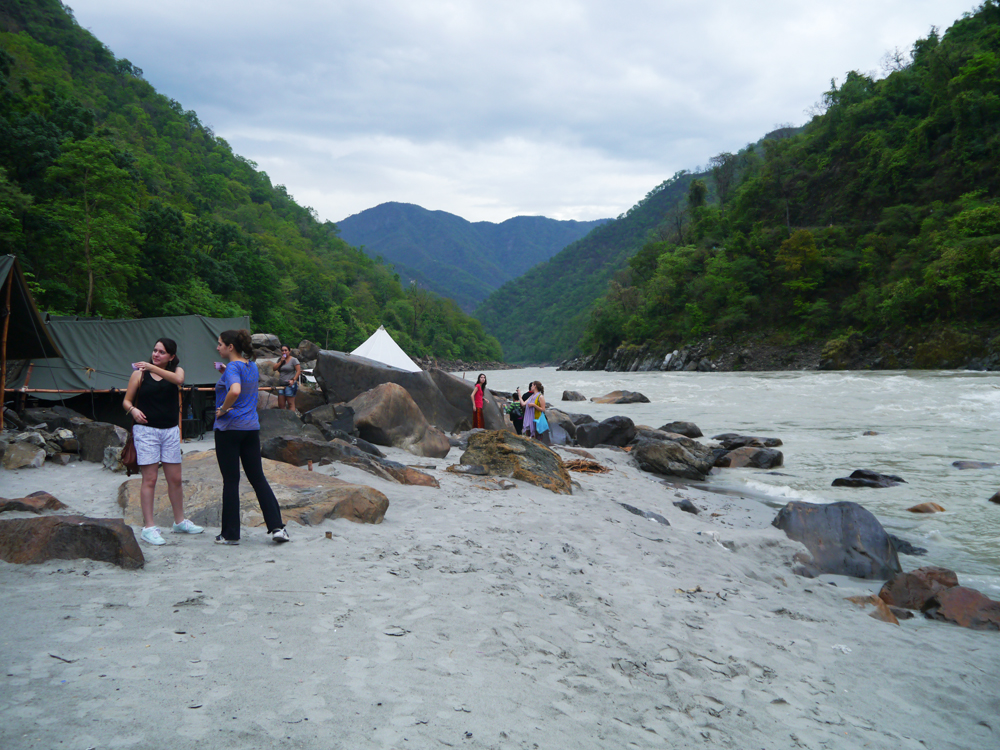 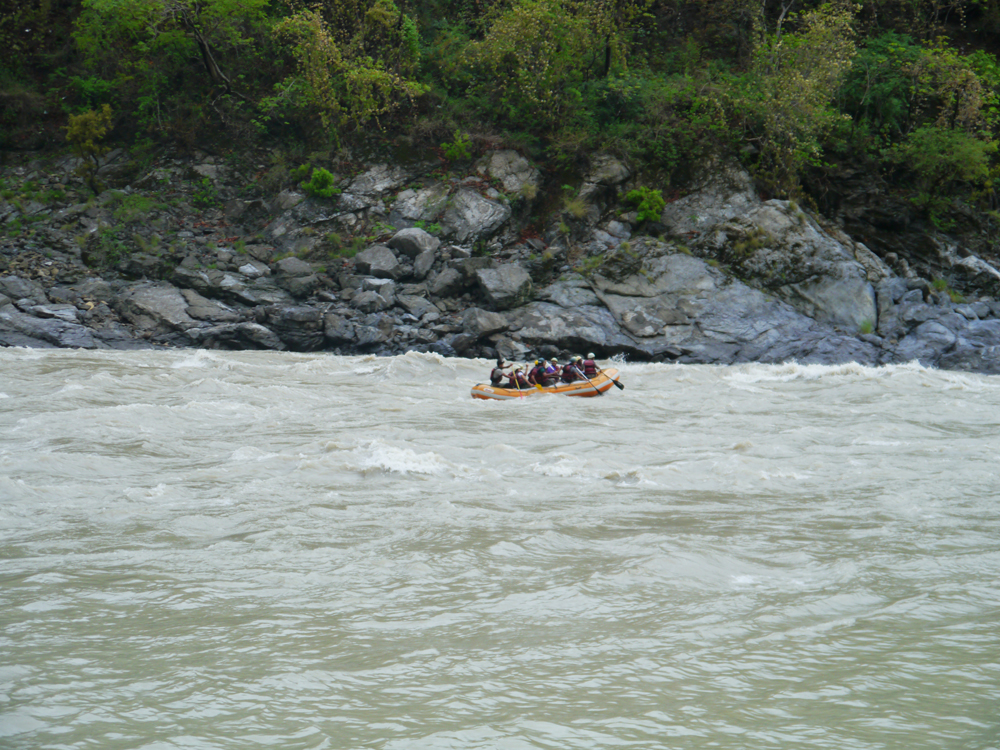 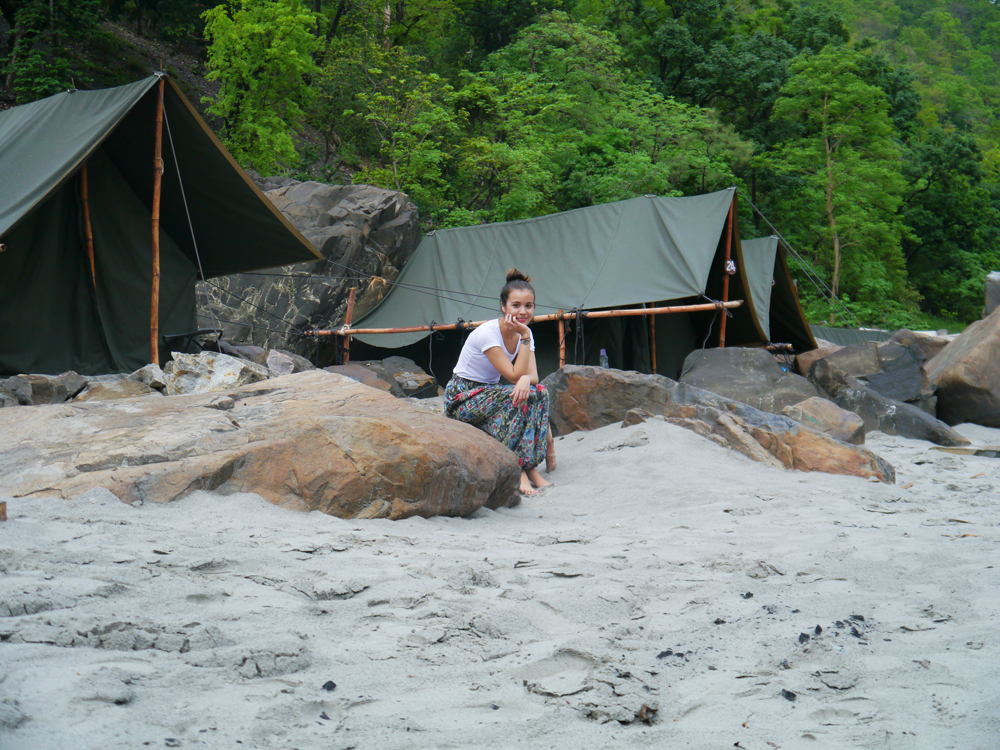 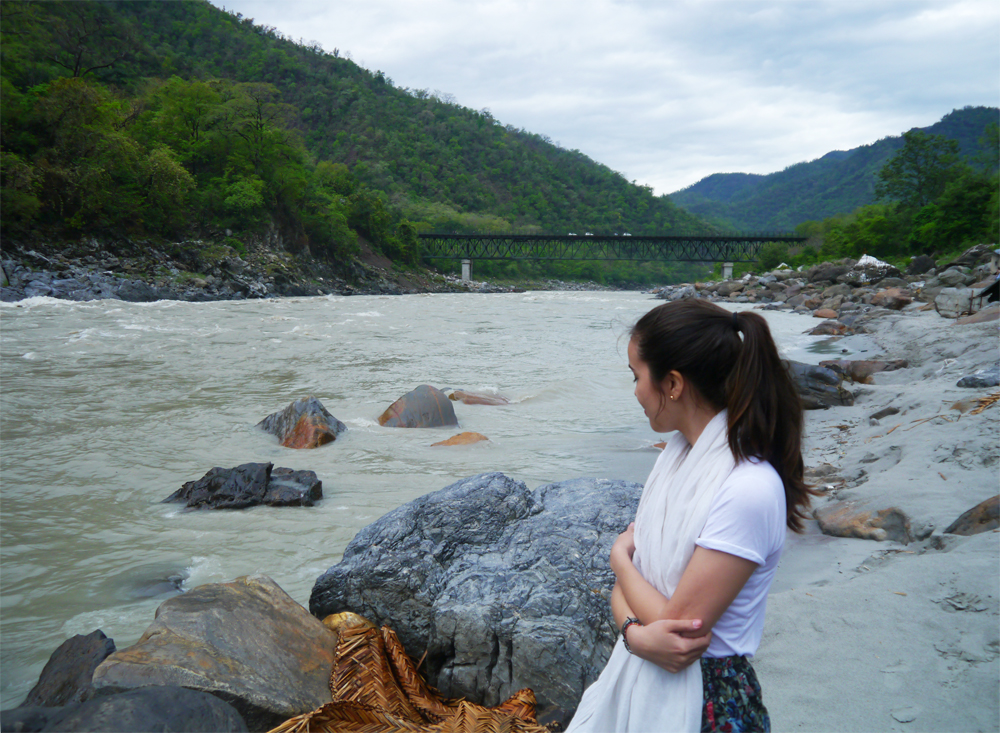 “Mamá, no quiero ir a la escuela” I woke up hearing the Mexican guys repeating that phrase, while me and a group of foreigners were on a bus in a trip to Rishikesh, the city of yoga. It was 9 a.m. and we stopped in a McDonald’s near the road to have a little breakfast, since we all got on the bus at 5 a.m. somewhere in Delhi. Little I knew, this was going to be one of the worst trips of my life.

It all started with the bus. It was a very uncomfortable one, with no toilet (actually not sure if that is a curse or a blessing in India) and apparently the AC only had two settings: Siberia’s cold or the heat in Jaisalmer’s desert. I was unlucky because I had to sit in the back of the bus, and during the entire trip to Rishikesh that bus was bouncing like crazy, specially the back. Our trip  to Rishikesh was supposed to take 7 to 8 hours but it lasted 12(!). Next to me was Adi, an indian guy who was sleeping peaceful in the middle of all that chaos, and he didn’t even notice either the bouncing or the cold or the heat. Later that day me and some other guys from the bus: “I’ve traveled in many Indian buses, and trust me, this one is way too comfortable”. I didn’t know back then that he would become one of my closest friends in this country.

The roads in India aren’t very different compared to the roads in Colombia. I believe there’s probably nothing worse than trying to stay awake in a perfect straight highway with absolutely nothing in sight for miles and miles. In India (and in Colombia), there are a lot of things to see while you’re on a road trip: little villages every few hours, people selling litchis or mangoes, dogs, cows and usually one crazy person riding a motorbike. With all those distractions, I was a little confident that the bus driver wasn’t falling asleep while we were on the road.

After listening to every single song in my playlist, eating some chips I got in my backpack, and almost getting to the point of crying out of pure desperation after so many hours in a bus, we finally arrived and it seemed like our trip to Rishikesh was finally starting, and I was going to be able to enjoy this small town in the north of India, right at the border of the Himalayas, widely known for its large amount of ashrams and places to learn and practice yoga. Sadly, the weather couldn’t be worse. It was pouring and it was a little colder than I had imagined it was going to be. (It was mostly my fault, but back then I didn’t know what a mistake traveling in monsoon season was).

After we arrived, we took a taxi that was going to drive us to the hotel. The driving was crazy going uphill on a dangerous road in the mountain. After 15 minutes, we stopped in the middle of nowhere and I thought people was really unconsidered making the car stop in the middle of the road when we were already on our way to the hotel. But to my surprise there was no hotel! We were spending the night in a “beach camp”, and sleeping in a tent next to the Ganges river. I’m going to be honest here, camping is NOT my thing. I like nature and everything, but certain things are not negotiable like access to a clean bathroom, but this is India. I needed to get used to.

Later that night we ate rajma, rice and some steamed vegetables with chapattis. I went to bed early hoping the next day would be somehow better. I fell asleep almost immediately feeling a little disappointed because the weather didn’t give us any chance to do rafting or visit the city in the little time we had left that afternoon. During the night the rain turned into something wild. I woke up at 1am scared after hearing a thunder and the river sounded like it was hungry for human flesh. At that point my entire body was shaking and I was actually afraid to die, and I couldn’t stop shaking for the next entire hour.  Then I fell asleep again after thinking that there was nothing else to do, except to wait for the morning to come and pray a little prayer for a few minutes.

The next morning I woke up to discover that the rain coming all the way up from the mountain had move the sand and some tents were affected because of that. After breakfast, I was convinced to do rafting, because we were already there, and we needed to make the “most of our trip to Rishikesh”, but to be honest, it was a little bit boring and then I had nowhere to change into dry clothes.

We had lunch and decided to go to wait in the bus immediatly. This time I made sure I had a seat in the 2nd row. It took us 5 hours to complete 10 kms (just getting out of Rishikesh) because 4 of the 5 roads to get out of the city were flooded. After another 11 long boring hours on the bus, we arrived in Delhi on Monday morning. The news when I got to the office were unbelievable scary: The raining didn’t stop during the weekend and the river was out of control washing away everything on its way, including the statue of lord shiva, the most famous landmark in the city. There was a lot of people stuck for days in Rishikesh and other cities of Uttarakhand because of the non-stop rain.

After that I swore to myself that I was never going back to Rishikesh, but of course that changed during the rest of my stay in India (more on that later). But trust me, I really learned my lesson: no more traveling to the North in monsoon season in India, specially, by bus.