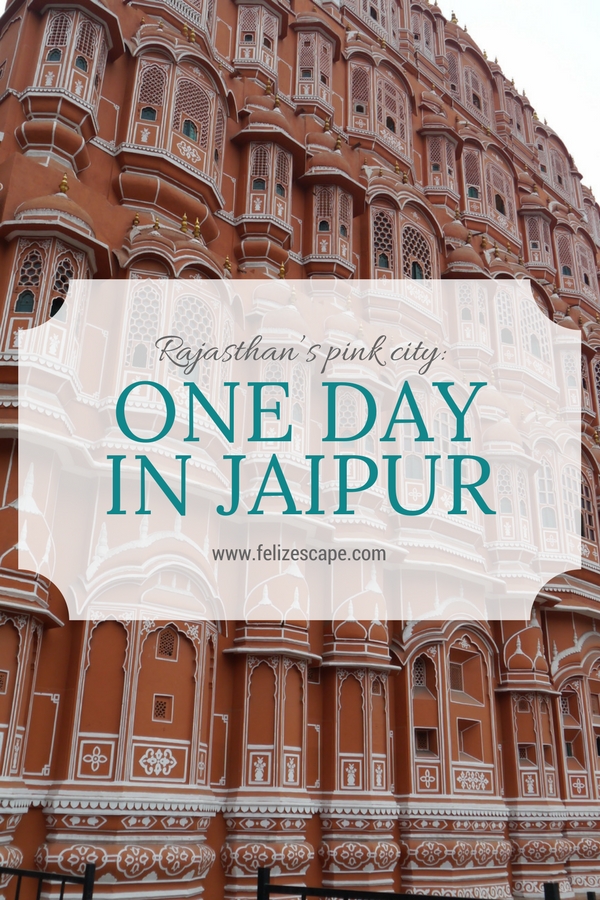 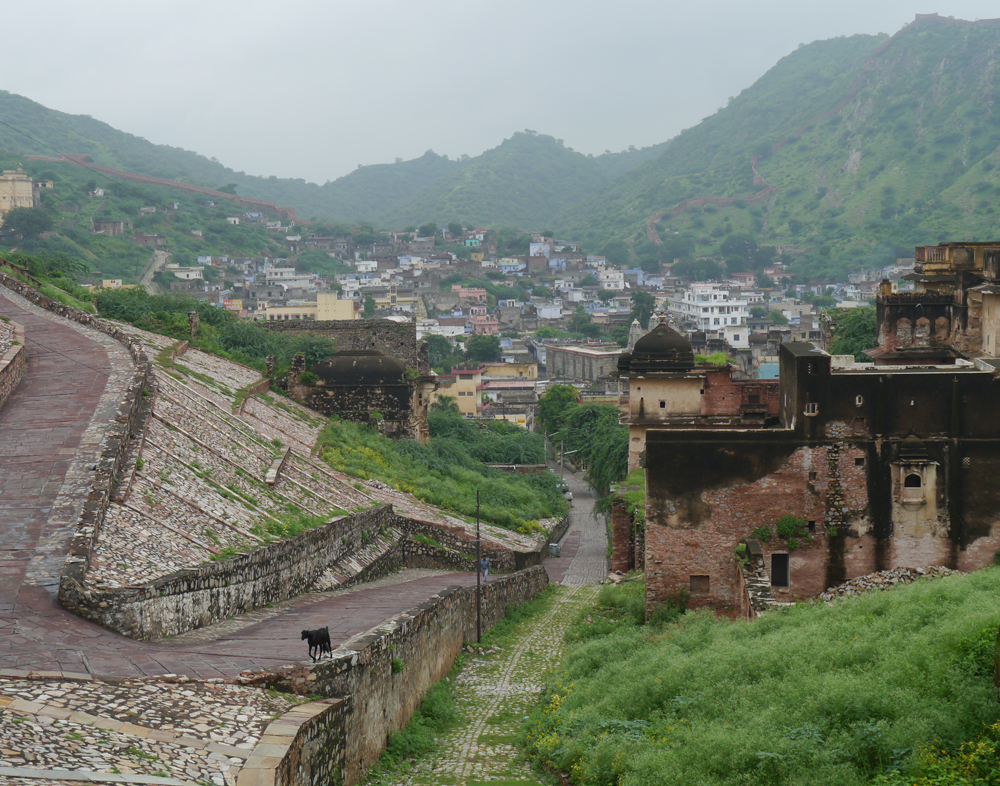 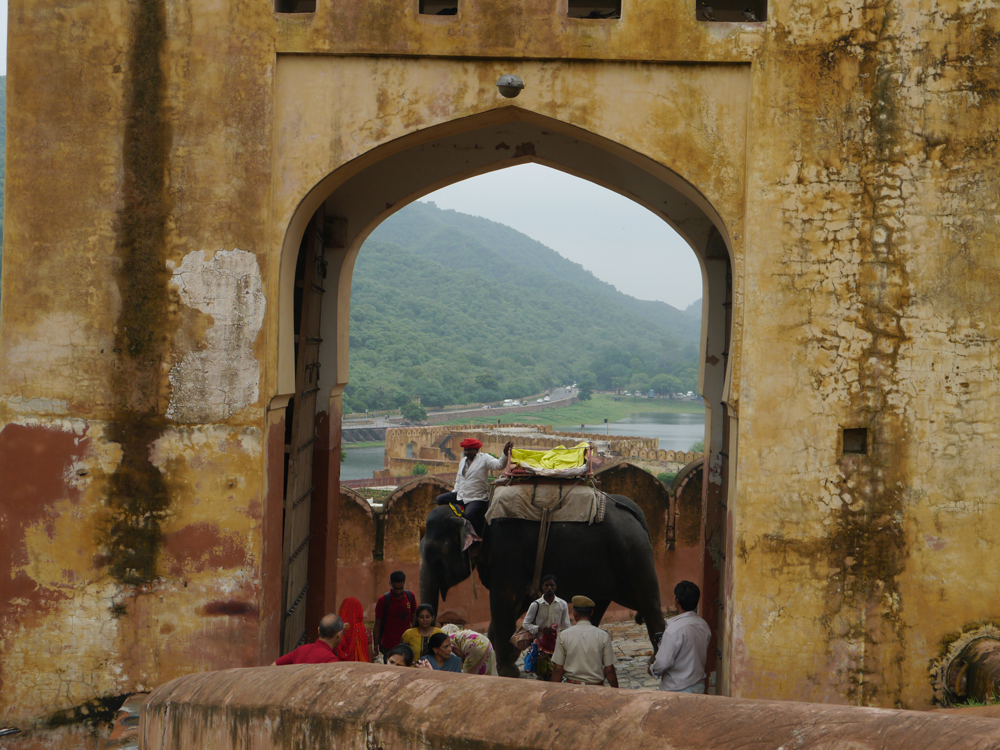 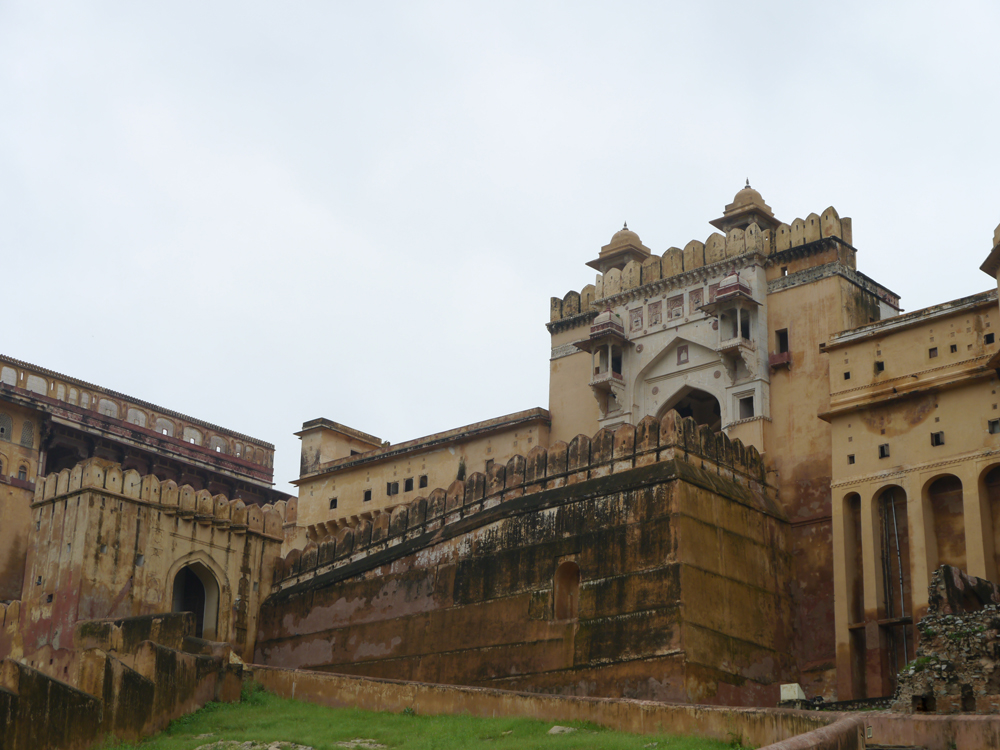 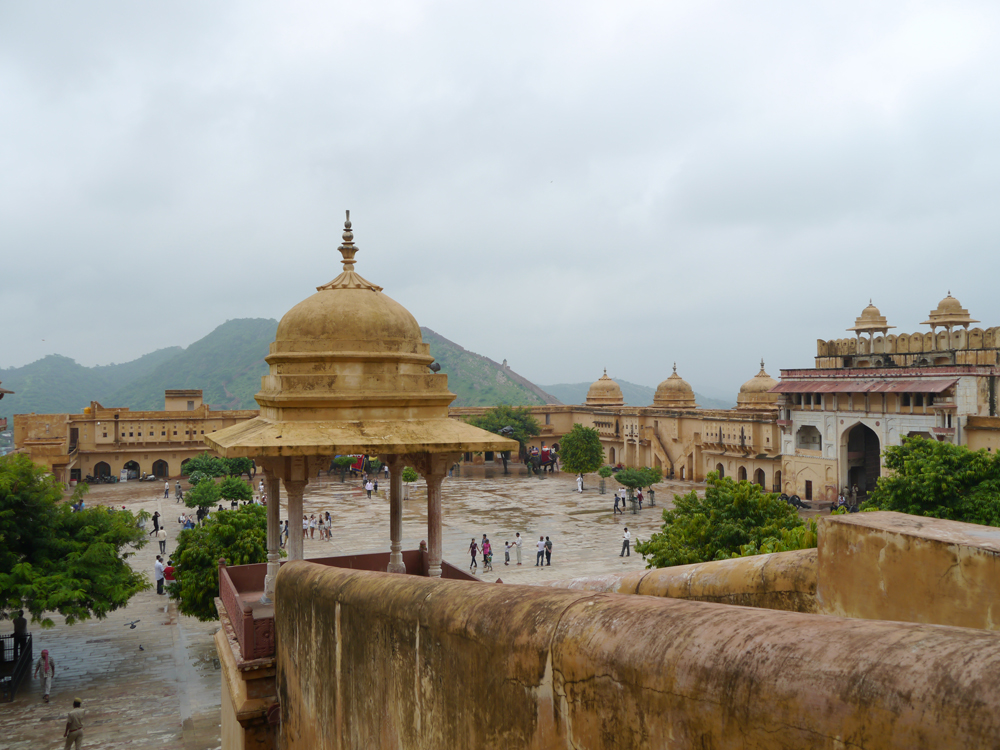 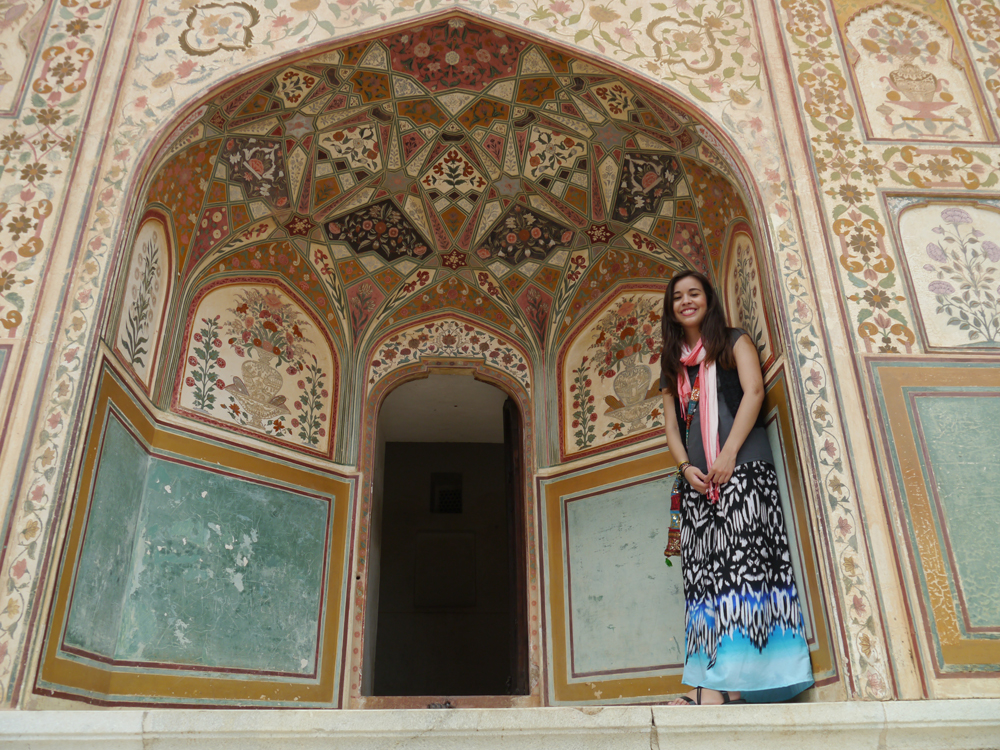 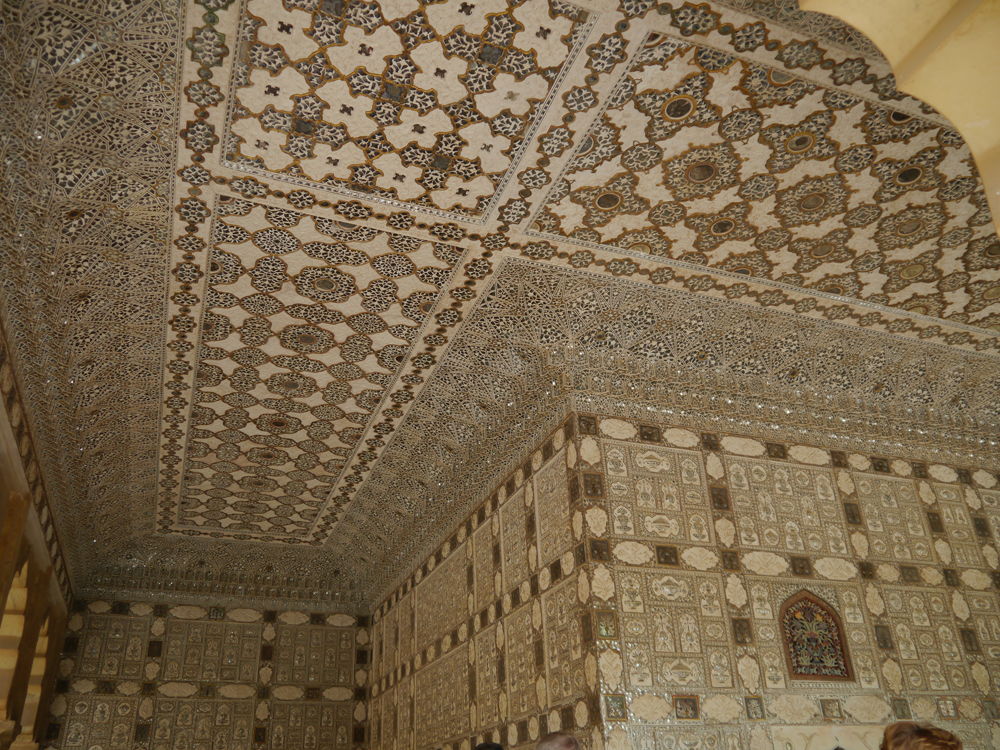 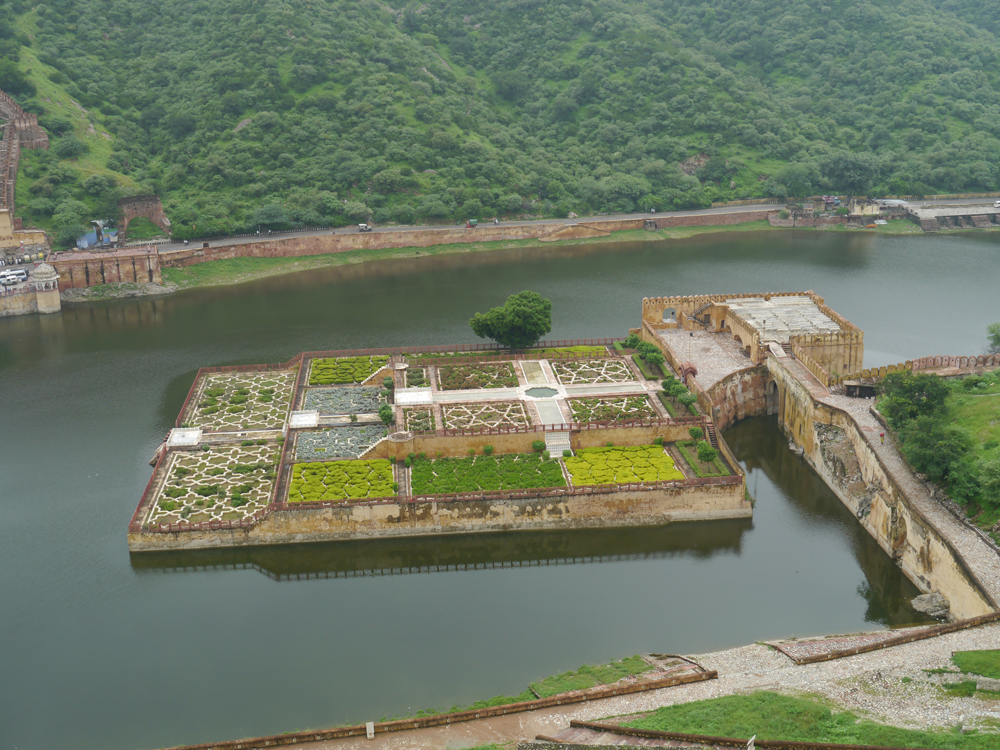 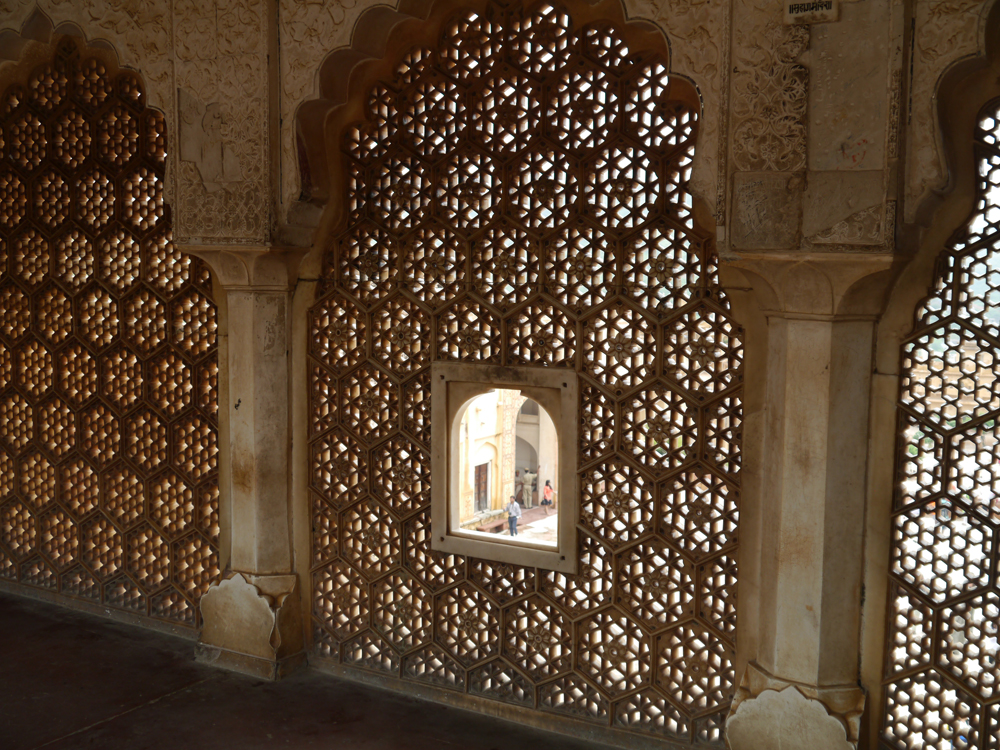 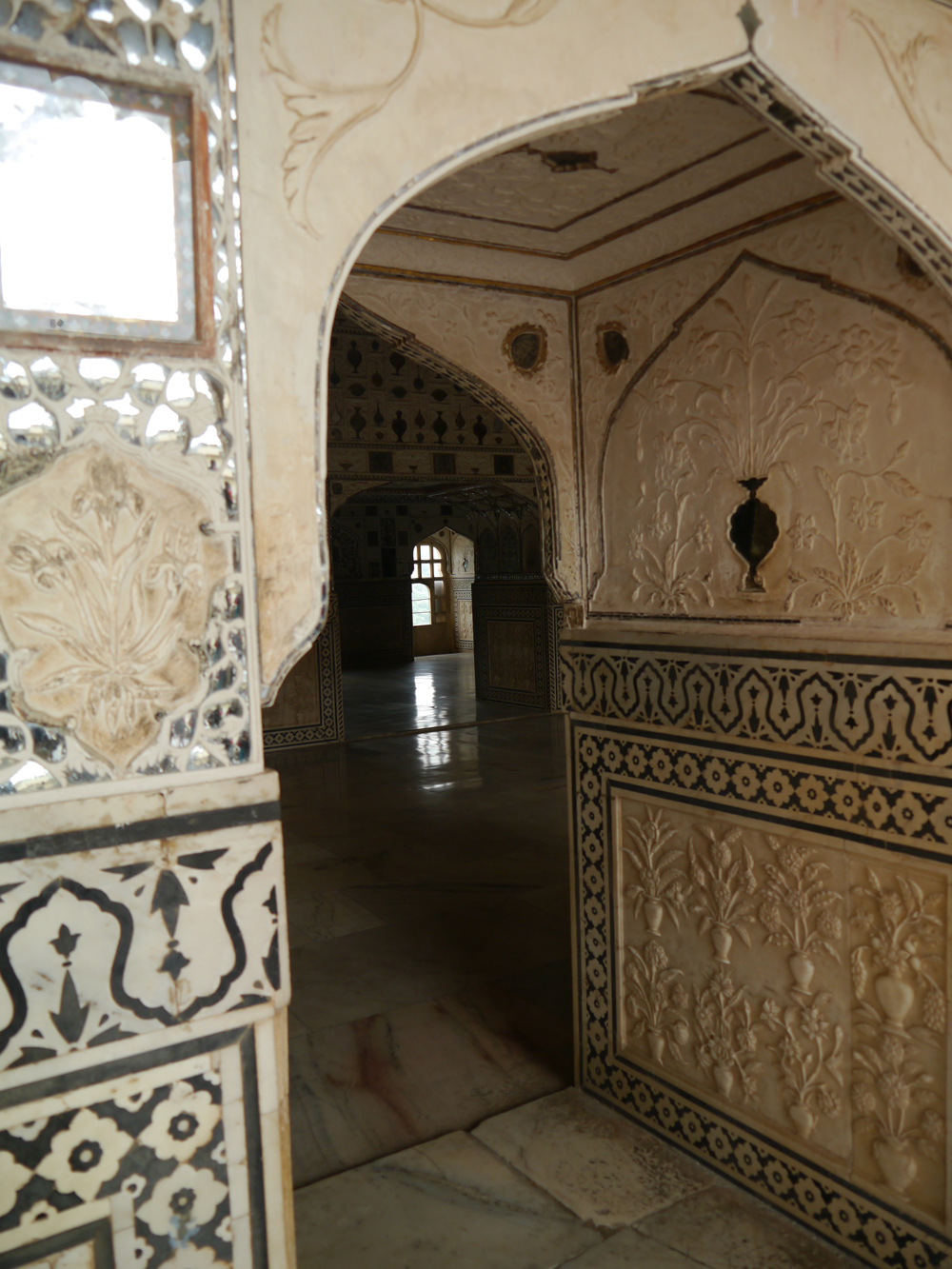 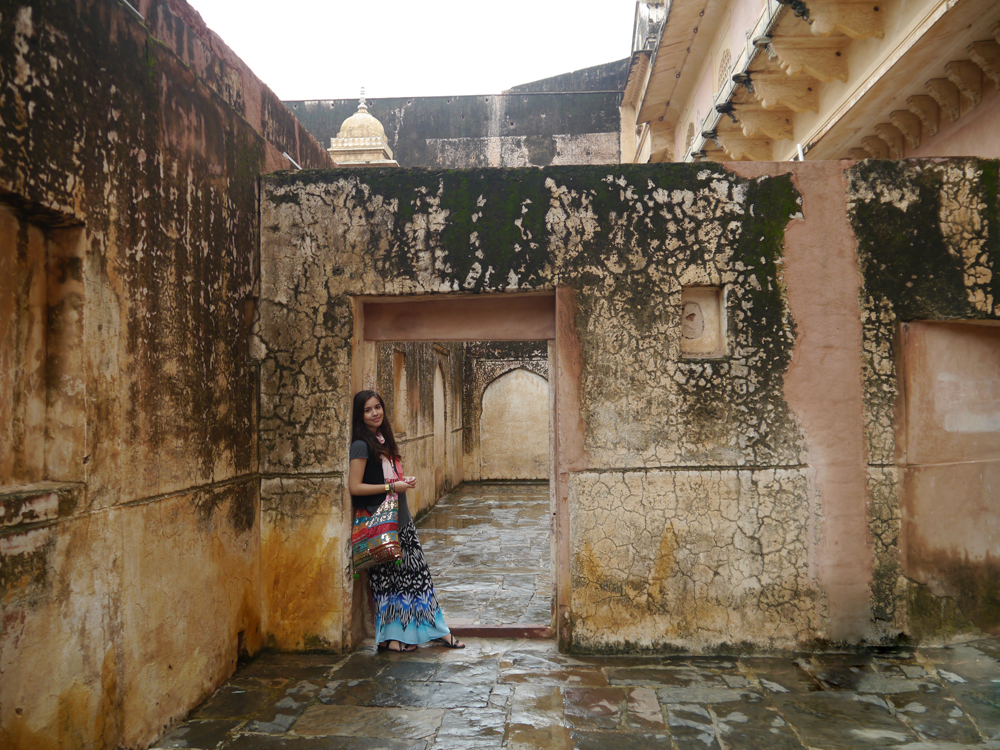 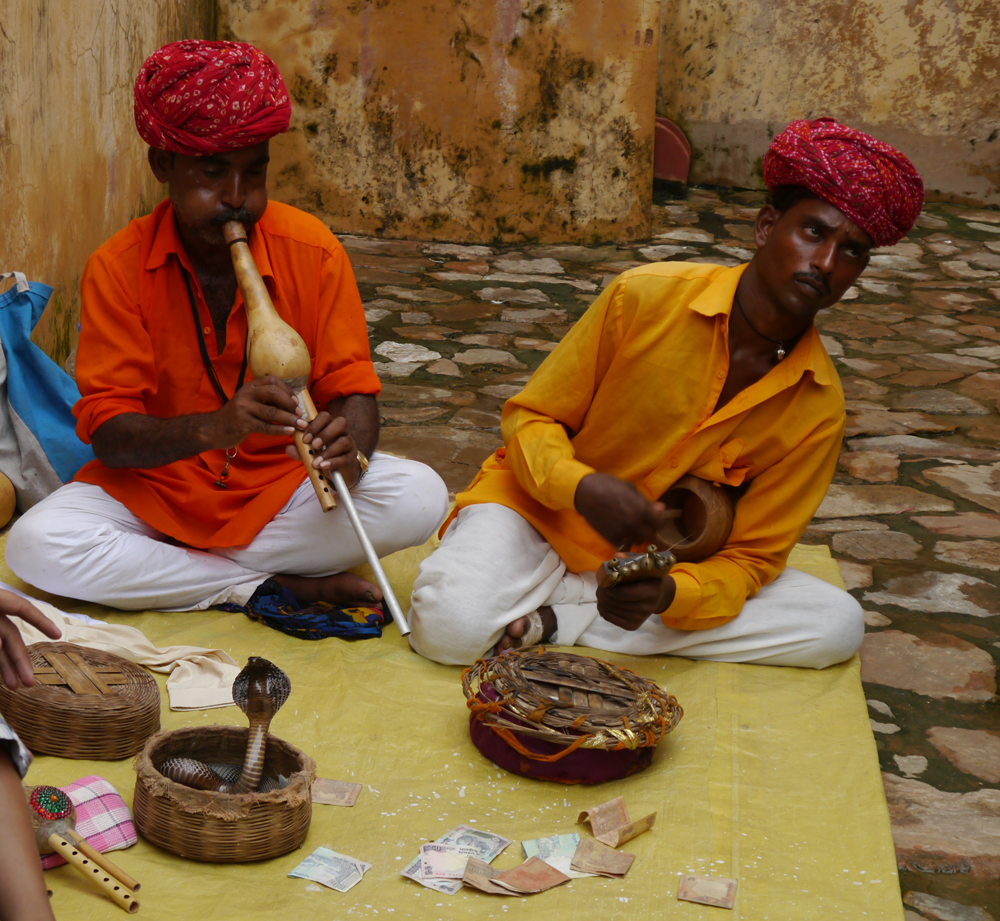 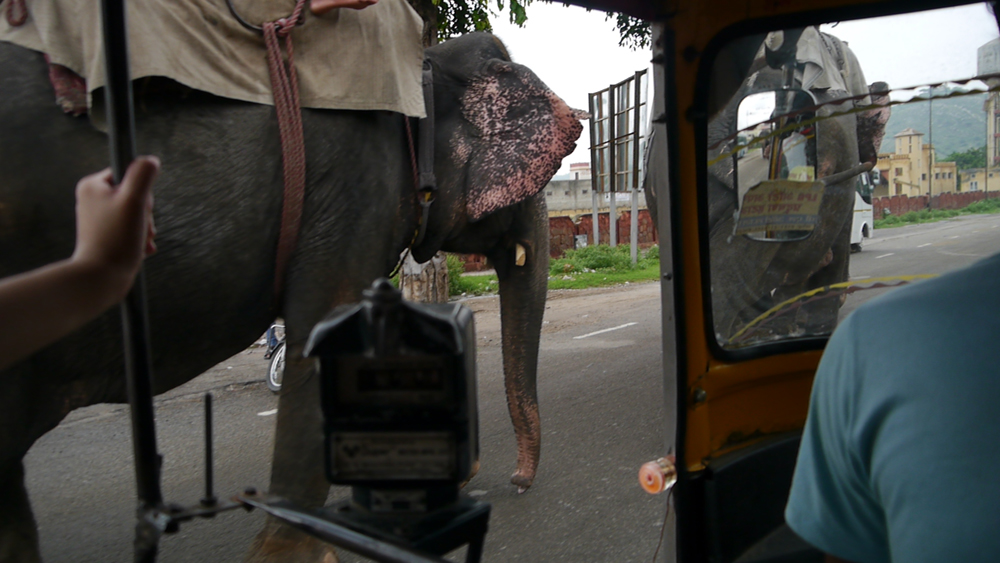 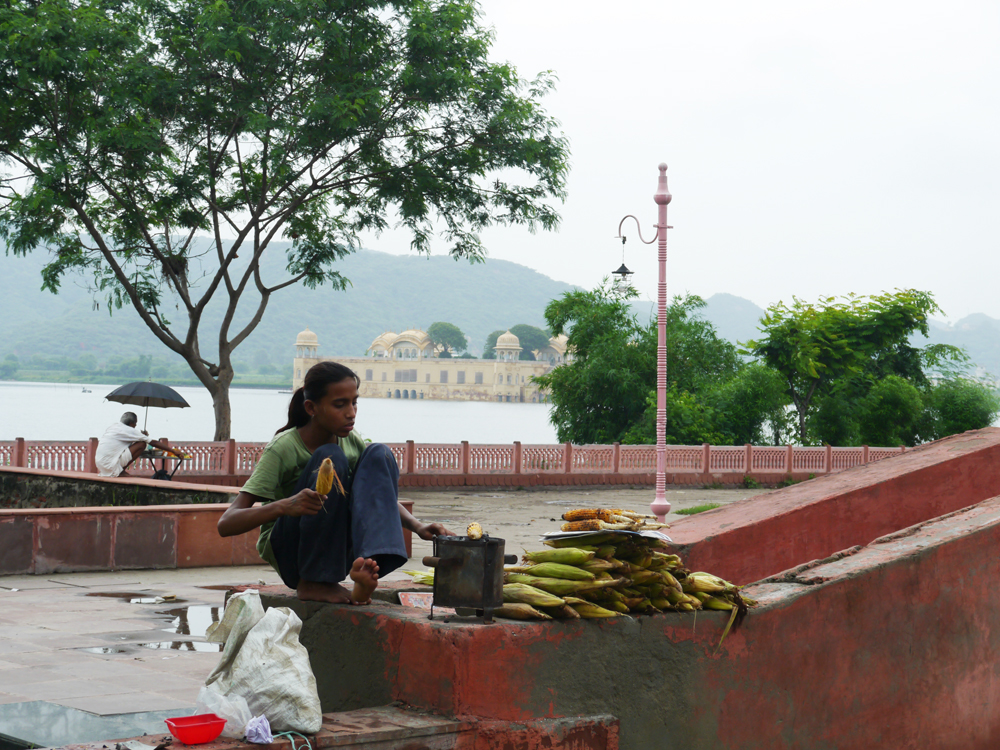 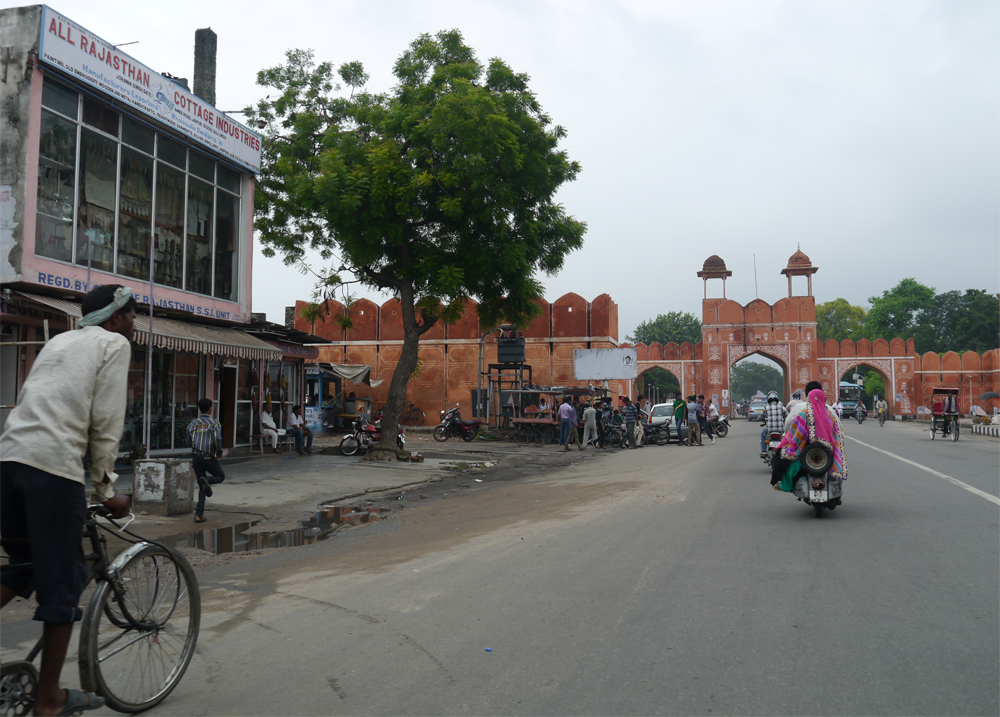 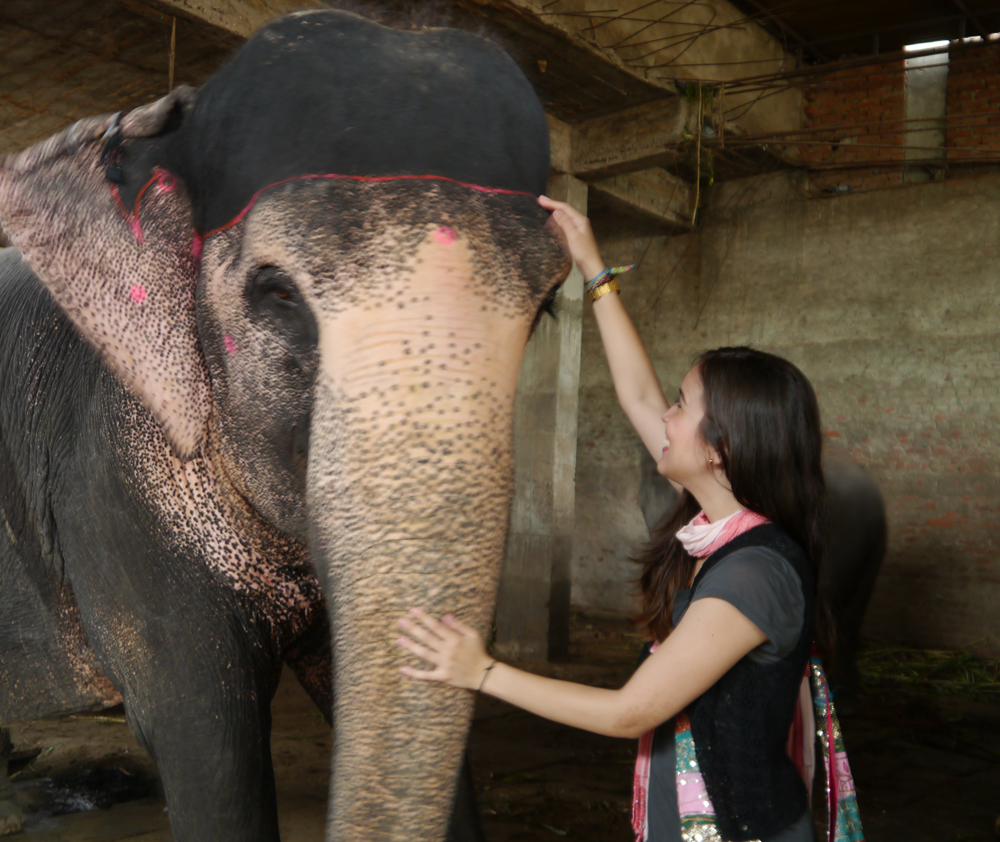 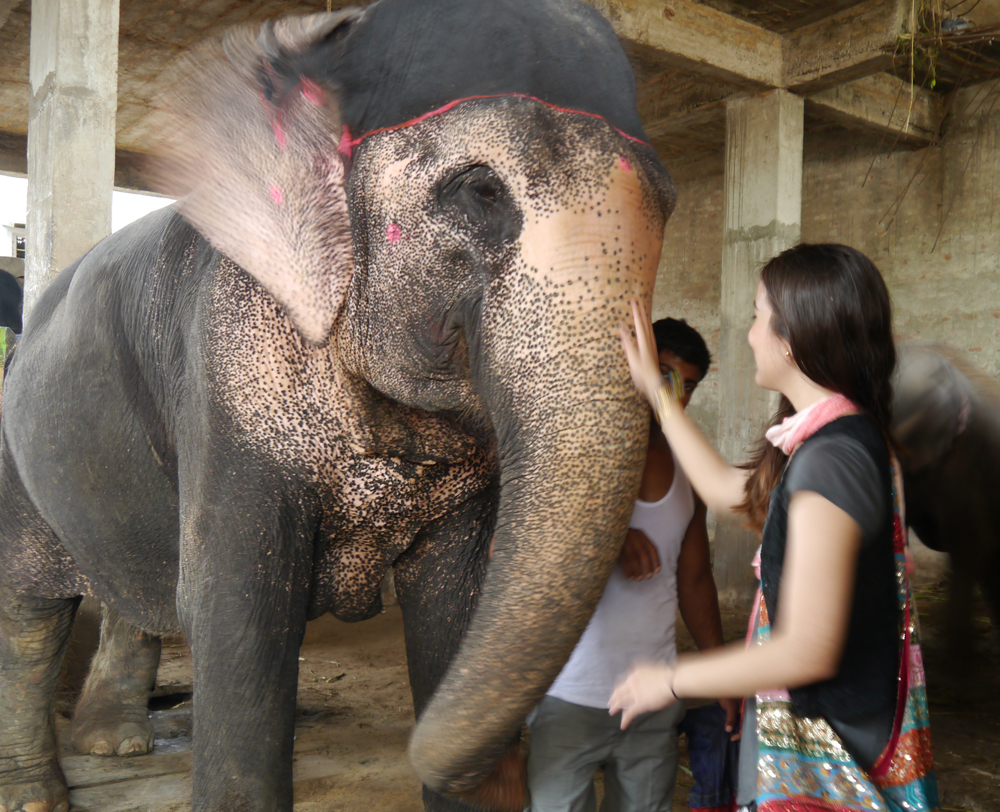 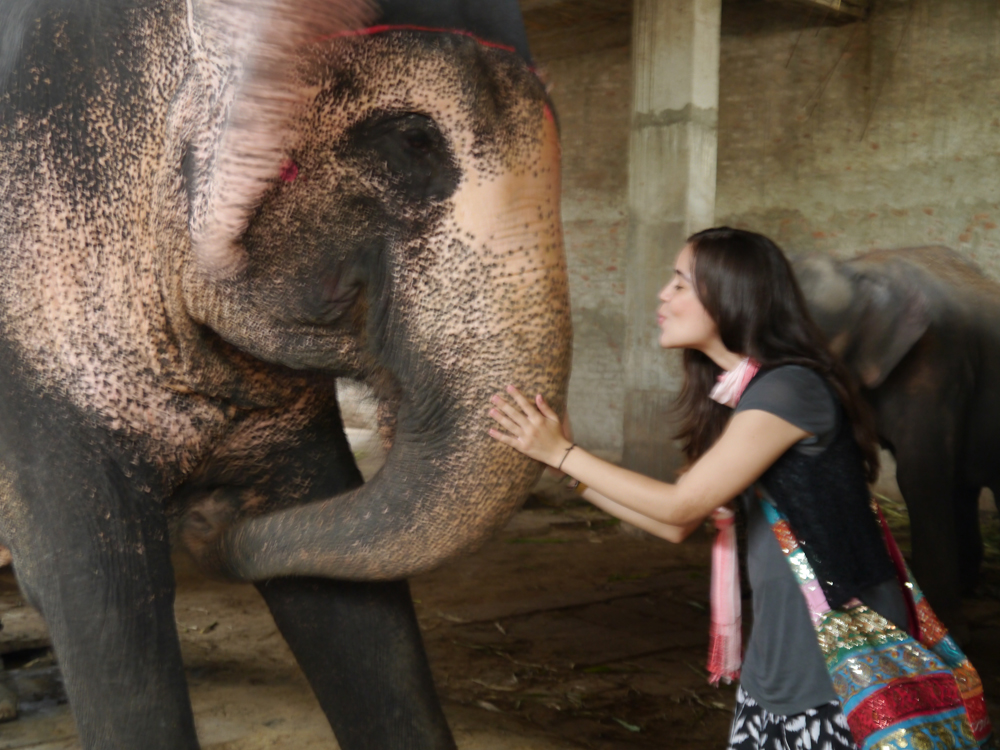 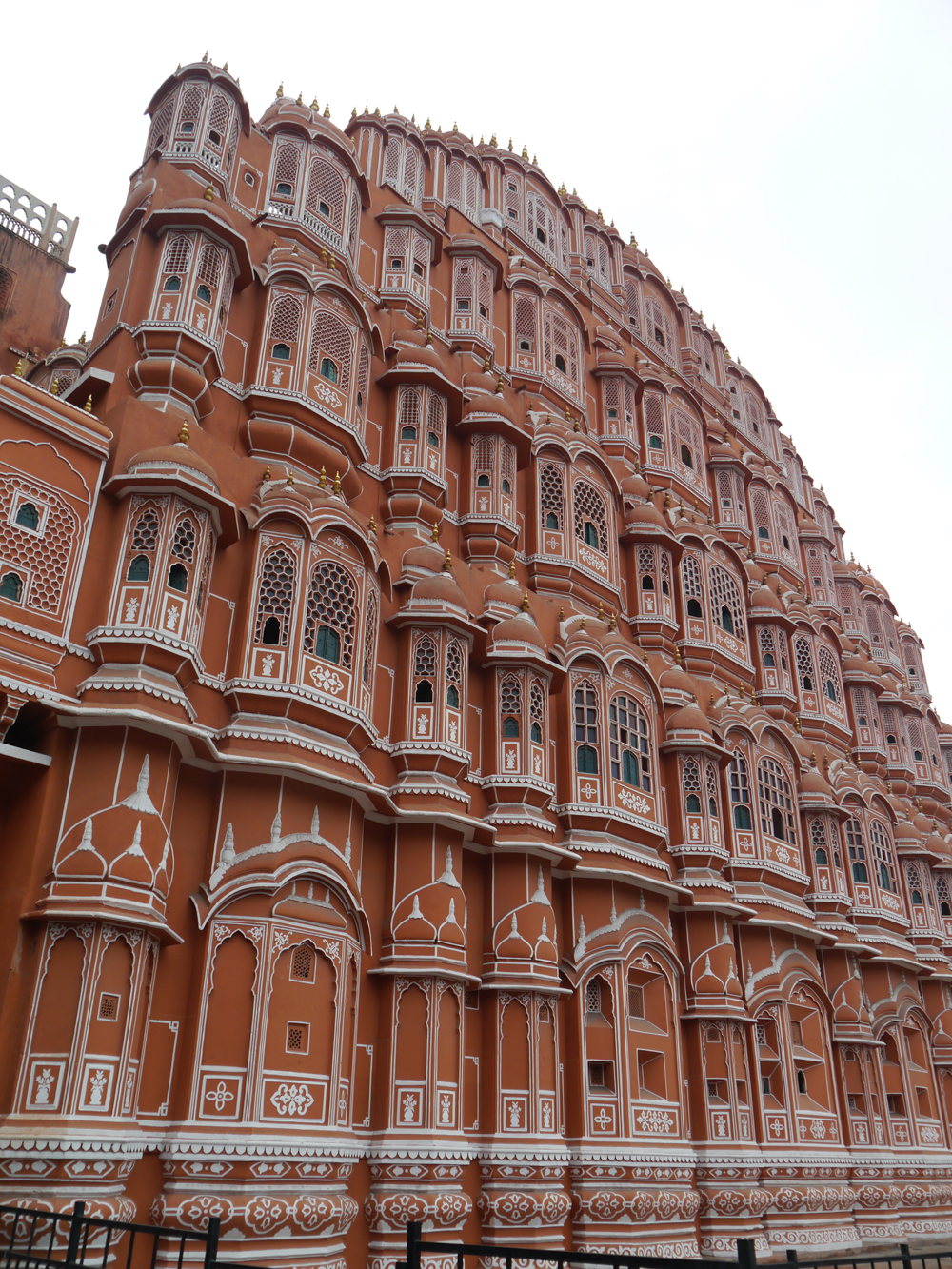 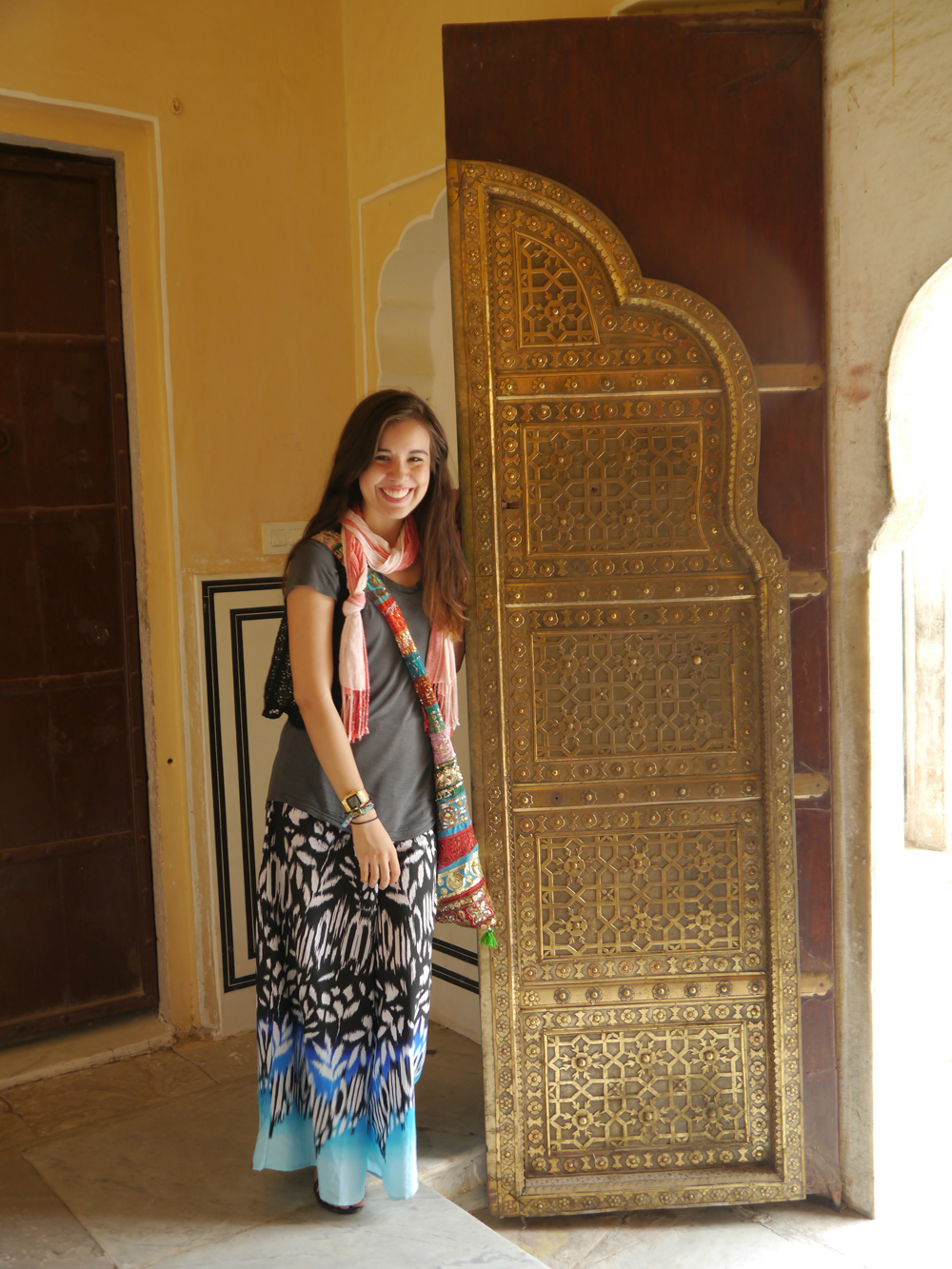 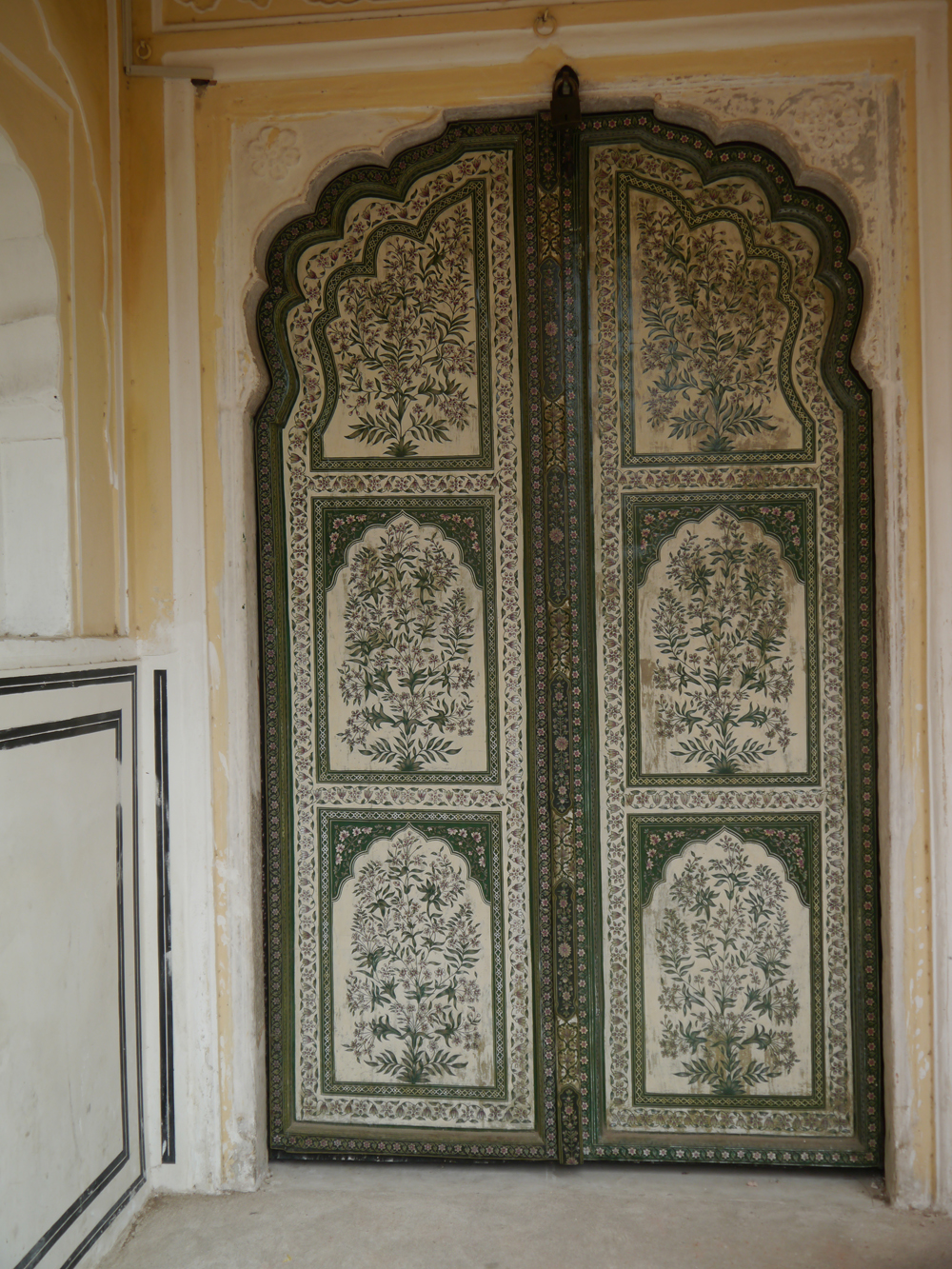 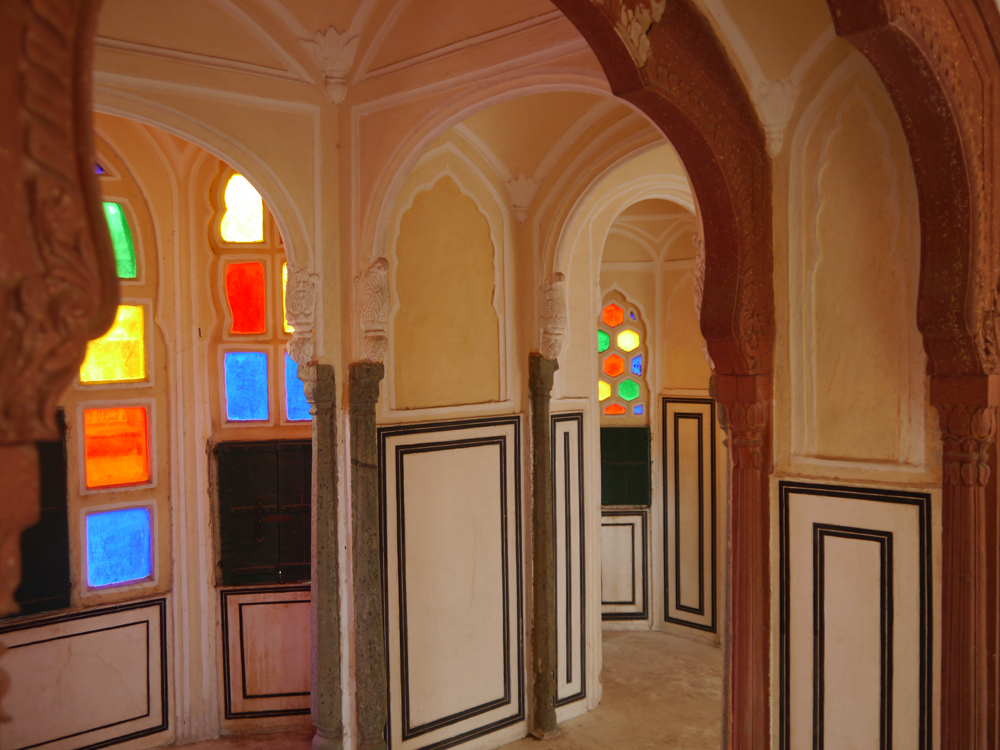 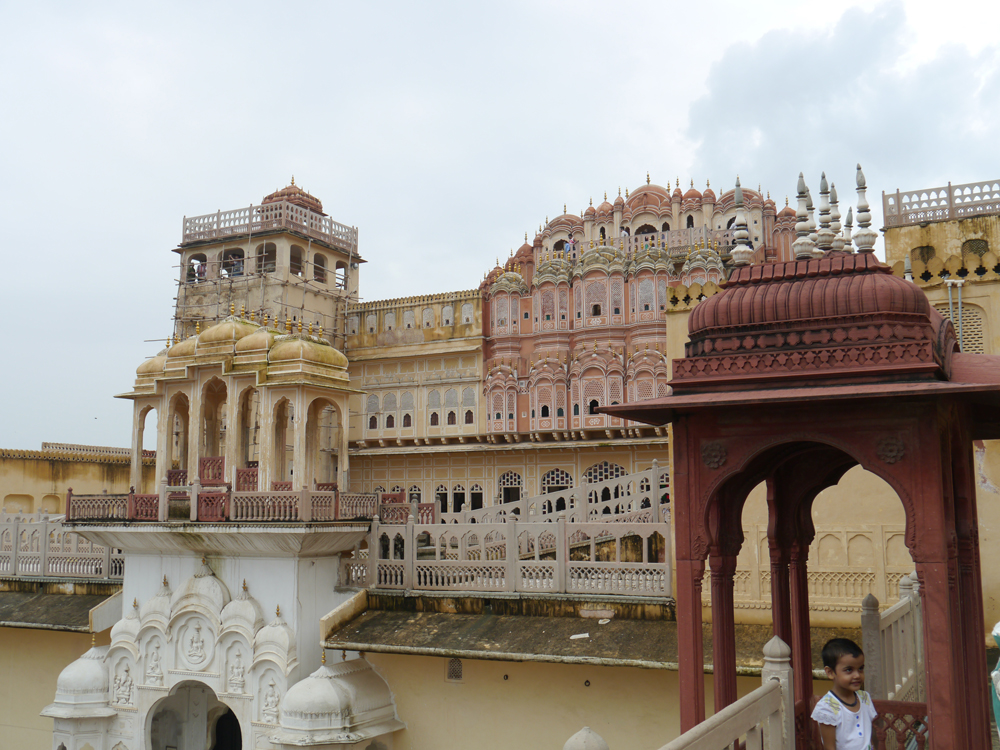 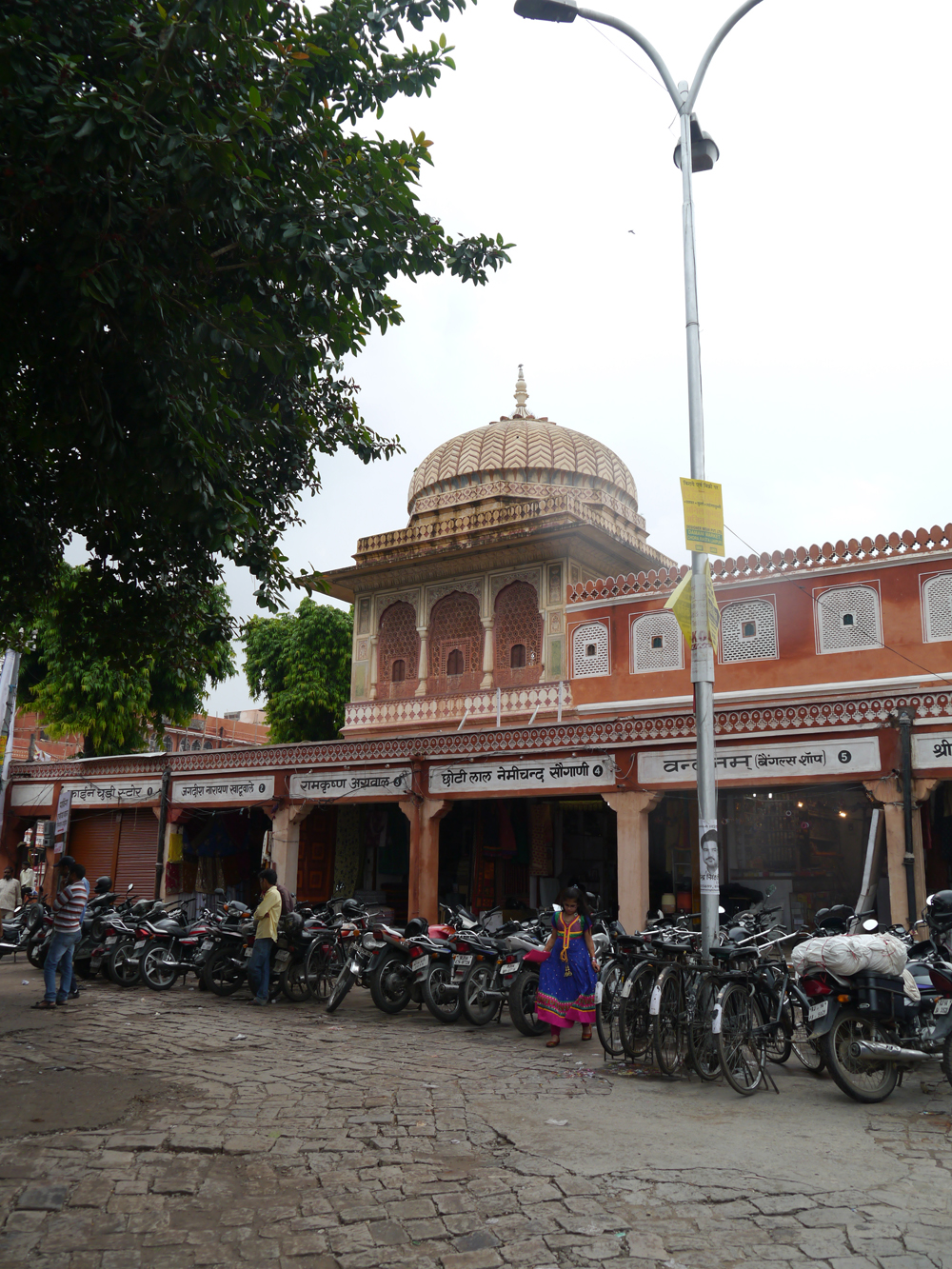 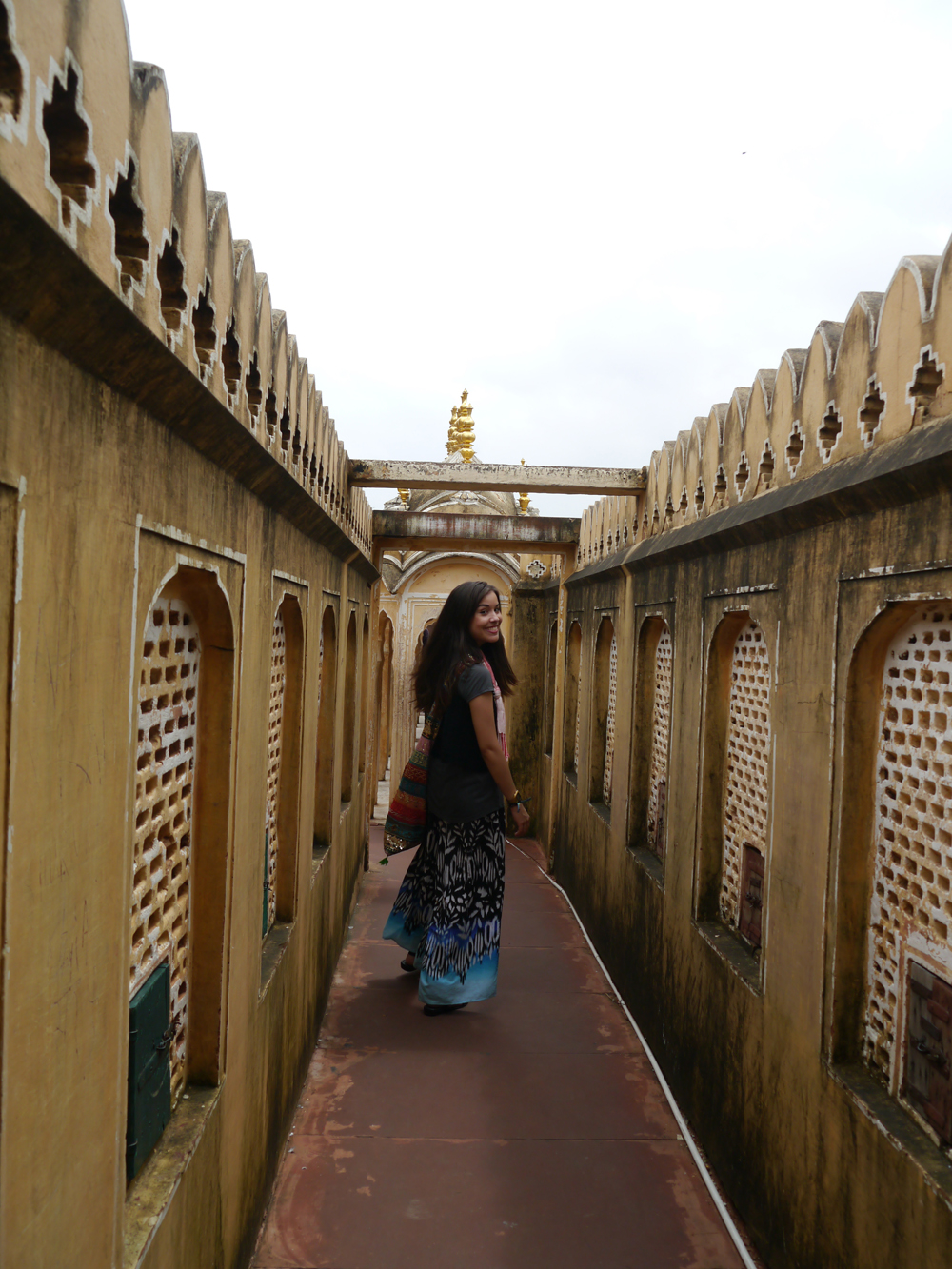 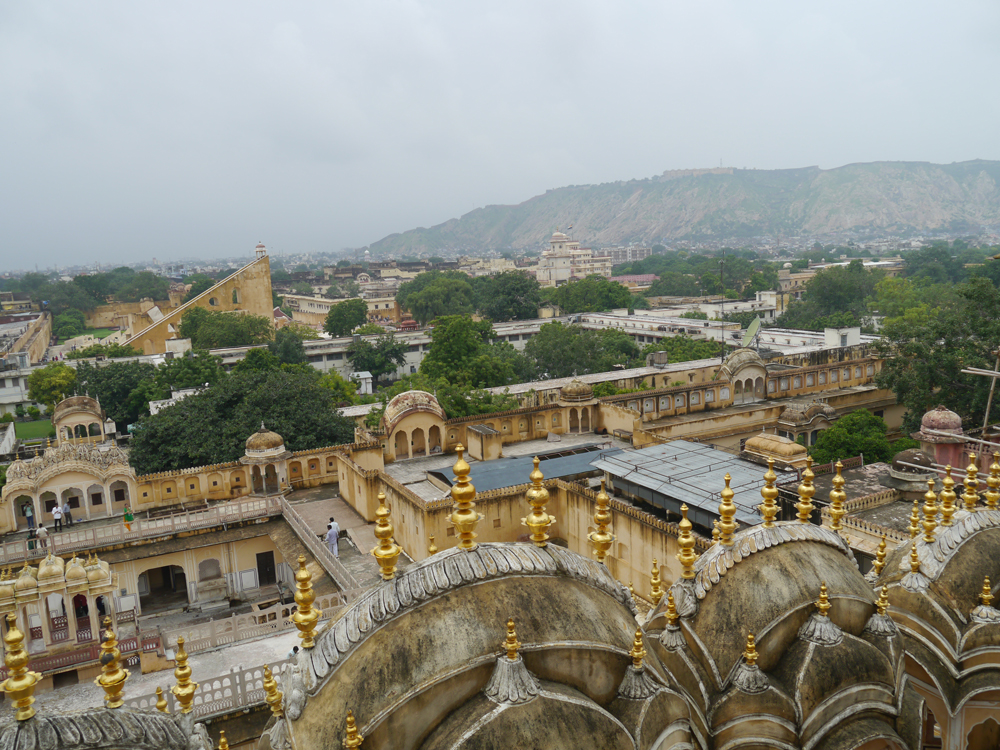 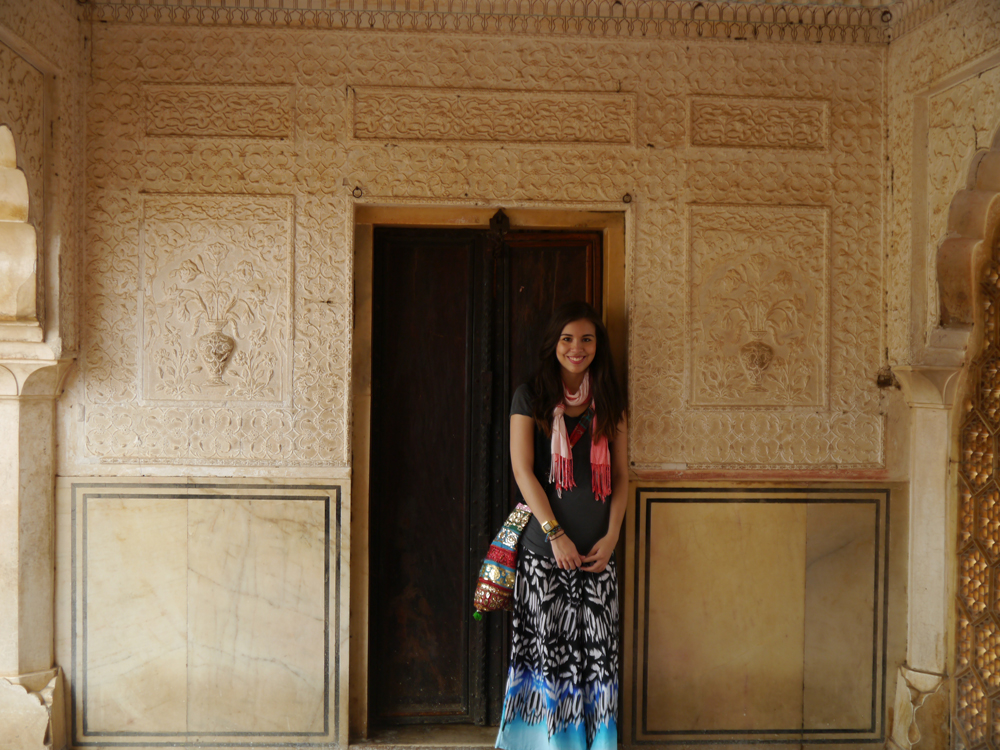 “-Yaldi yaldi bhayia!-» I was saying “go fast” in Hindi to the rickshaw driver, because I was already late to meet my friend Caro at the bus station. I arrived in a rush and the minute I got off the auto and saw her, we immediately started trying to find out what time the departure of our bus to Jaipur was. The bus station office was a little room full of people where nobody was doing a single line (typical) and my friend managed to made her way to the guy at the counter, showing him the receipts I had printed out the night before.

Half an hour later I was finally sitting in the bus with my friend, it was a Thursday night, and we were planning to spend all Friday in Jaipur since it was a national holiday. The trip was really fun: we were having cookies and chips, and gossiping all the way, mostly talking a little too loud in Spanish, and I guess we were annoying most of the guys next to us, since they could not understand us (and apparently, they wanted to hear the story too).

We arrived in Jaipur at 4 a.m., and took a rickshaw to a Canadian’s flat. A girl from Colombia had kindly introduced us to him, and we asked him to let us stay at his place for a few hours of sleep and to take a quick shower later in the morning. At 8 a.m., we woke up in the typical craziness of an expat house: girls with last night’s mascara, a lot of mess and clothes drying everywhere and of course, a lot of languages. It was particularly funny hearing one guy from the flat saying «I have to chalo to work» -because mixing Hindi and English that way is completely normal, right?-.

We took a quick shower, and went out to find a rainy morning, but we were feeling super exited about being able to see elephants for the first time in India. We went to Jaipur’s Amber Palace first thing in the morning, and it was simply spectacular. The place is really big and so incredibly beautiful, so make sure you go with enough time to be able to make the tour with no rush. It took us 2 to 3 hours to get to explore the entire place and we took a lot of pictures of ourselves no matter how tired we looked after the bus ride.

We left the palace to go to the farms and see the elephants. On our way there, we saw so many of them walking in the middle of the road, heading to the farms, where the bhayias keep them and feed them. In Jaipur,  an elephant can literally cause a traffic jam (My thoughts seeing that were: India is crazy and I’m living in the middle of all of this!)

QUICK NOTE IN 2017: Sadly, in that moment of my life I didn’t fully understand the consequences of supporting these kinds of places where they use elephants for profit, and people rides them and uses them as an object. I did ride an elephant, but since then I have sworn it was the first and last time I ever got on one.

When we arrived in the farm, one of the bhayias took my camera and started taking pictures of EVERYTHING in that place but us next to the elephants! I must admit, that riding an elephant wasn’t even that great of an experience. You just get the photos, but it wasn’t anything really exciting. My favorite part of visiting this farm, was being able to interact with the elephants, touch them and feed them. We did some painting on one elephant -and I’m not exactly sure  how bad this is  for them (because one way or another, it is simply wrong! You don’t paint an elephant’s face when they are in their natural habitat, do you?-. But we were trying to make them feel very loved and comfortable at least.

After leaving the farm, we went to Mawamahal, one of the most iconic places in Jaipur, and spent a good couple of hours there, getting lost in the “little maze” that place is. After that, we went to some shops nearby to buy some bags and clothes. We were barging with the guys for like 2 hours, and after finally convincing them to charge us a fair amount, it stated pouring, so we had to wait for the monsoon rain to stop. After that, we took a rickshaw to Albert Hall, but it was closed because of Eid. The bhayia told us he knew a good place to buy accessories, and we said “yes” immediately. We bought amazing things for incredible prices, but the good discount they gave us came with the price of having to do a little promotion of the store to some Spanish girls in a restaurant next to it.

The day ended with us walking in Jaipur’s market, but being so tired at the same time, that we could barely moved or take one more step. After giving up the idea of doing more shopping, we went back to the train station since we managed to get good tickets returning to Delhi, and even though it wasn’t sleeper, we had comfortable seats and food, but I started to feel a little sick. By the time I got to Delhi I was burning in fever. But, honestly, this time, I couldn’t careless. After the hospital incident, getting sick one more time was feeling almost like normal, so this time I decided just to ignore it, because I was just the flu.

My experience in Jaipur was absolutely fantastic, and I wish I could visit that wonderful city again soon. I will be leaving for Rajasthan again in just another week, and I cannot be more excited about it. The adventures in Rajasthan are not over. Stay tuned!