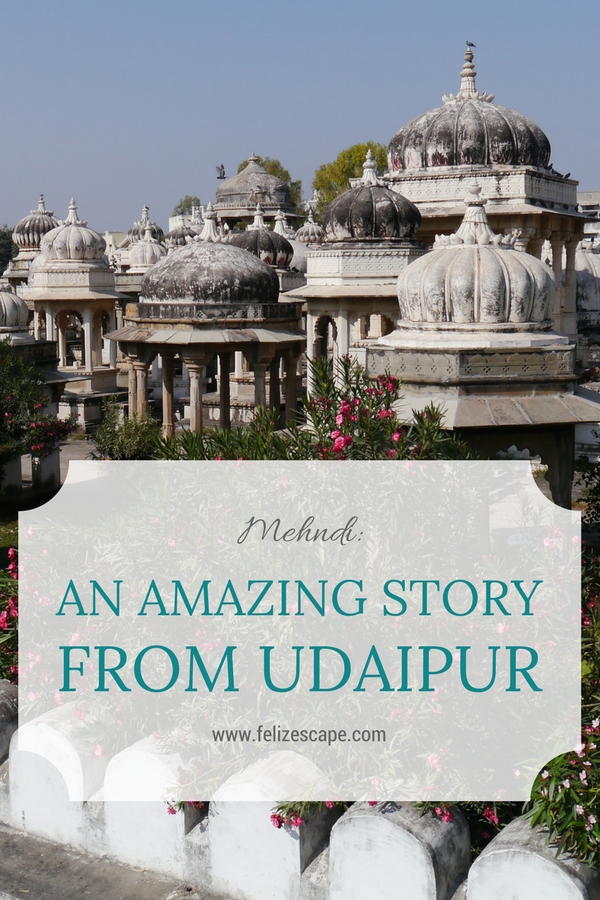 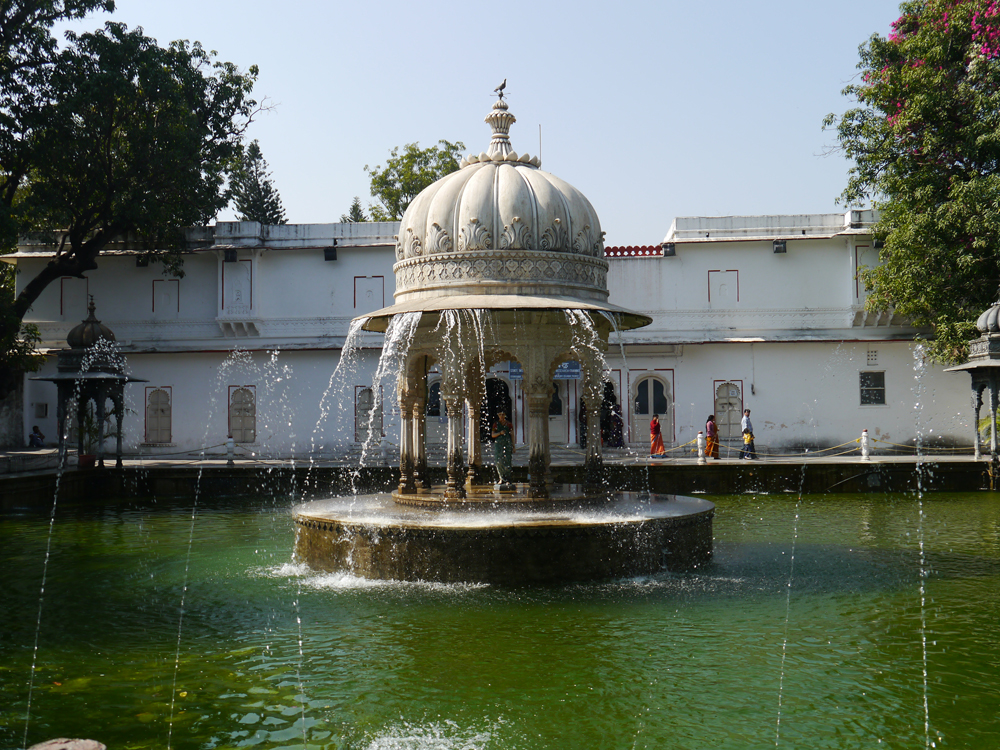 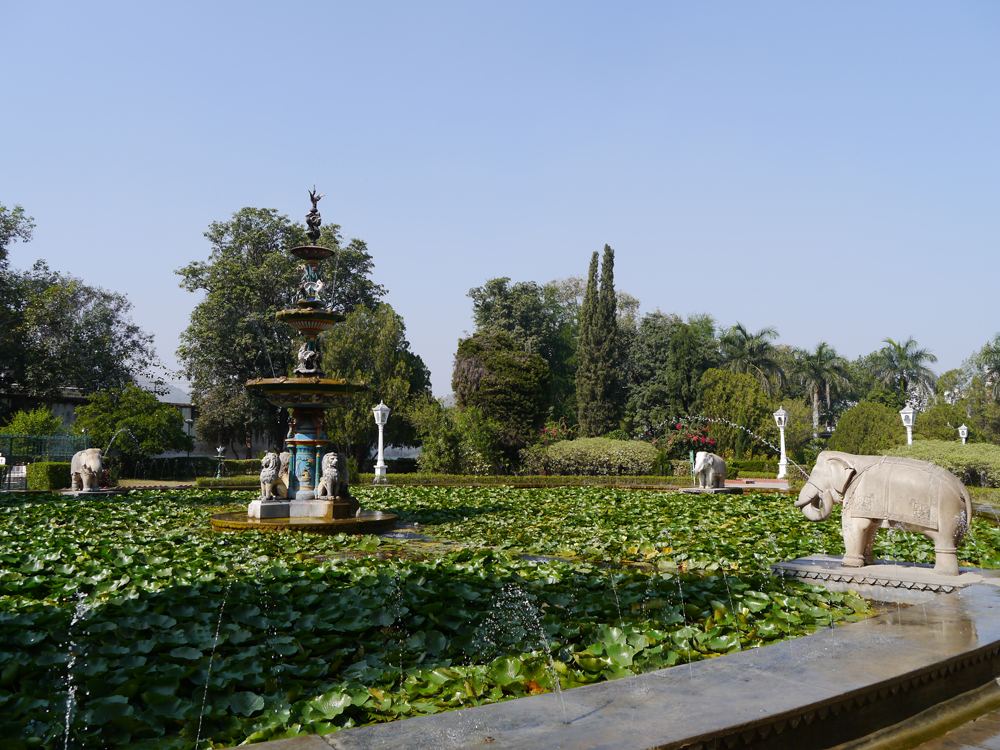 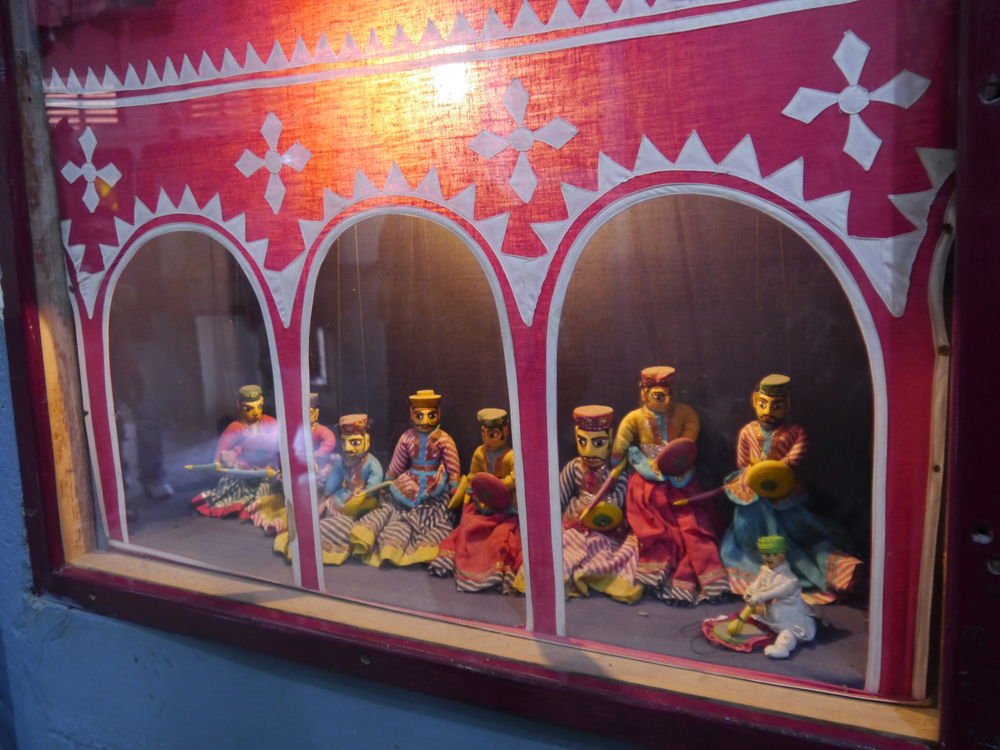 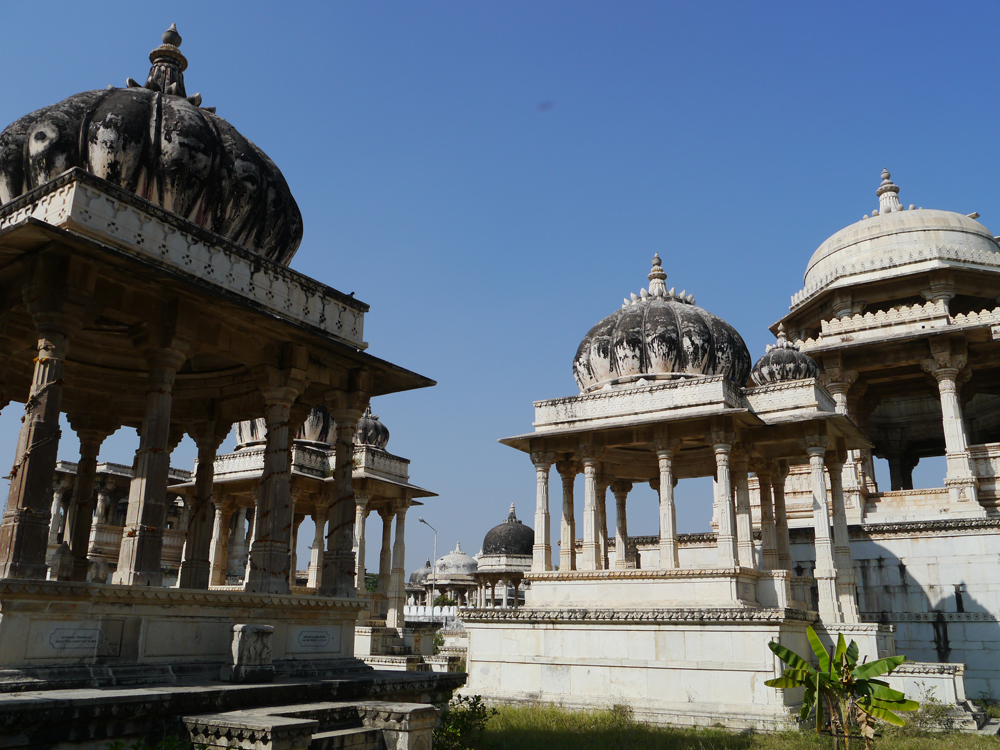 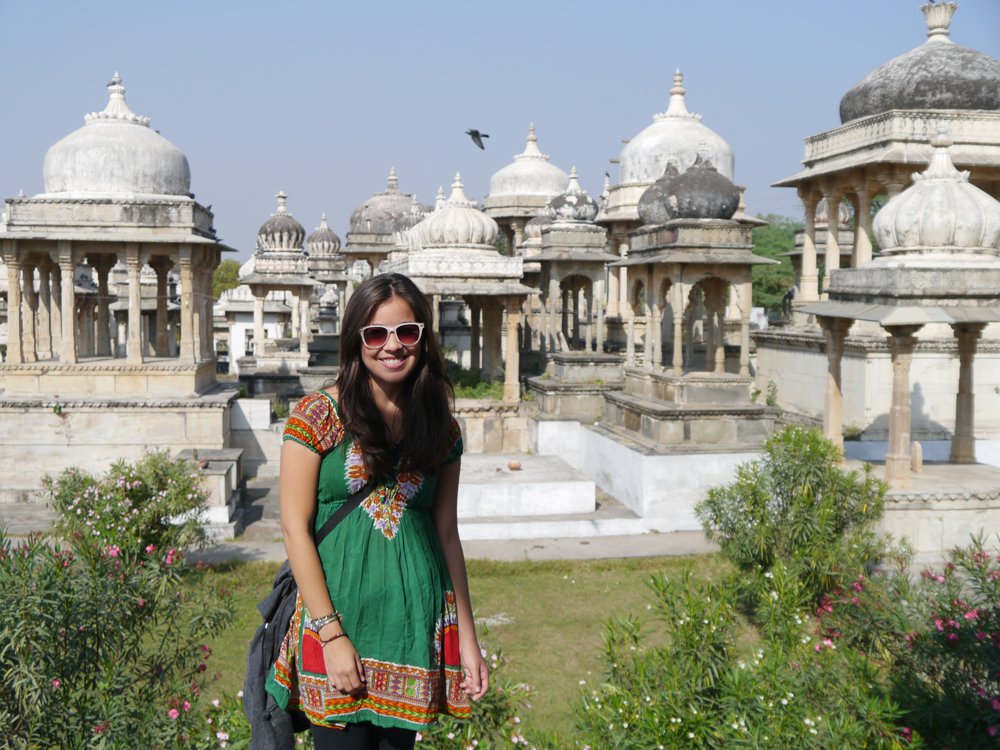 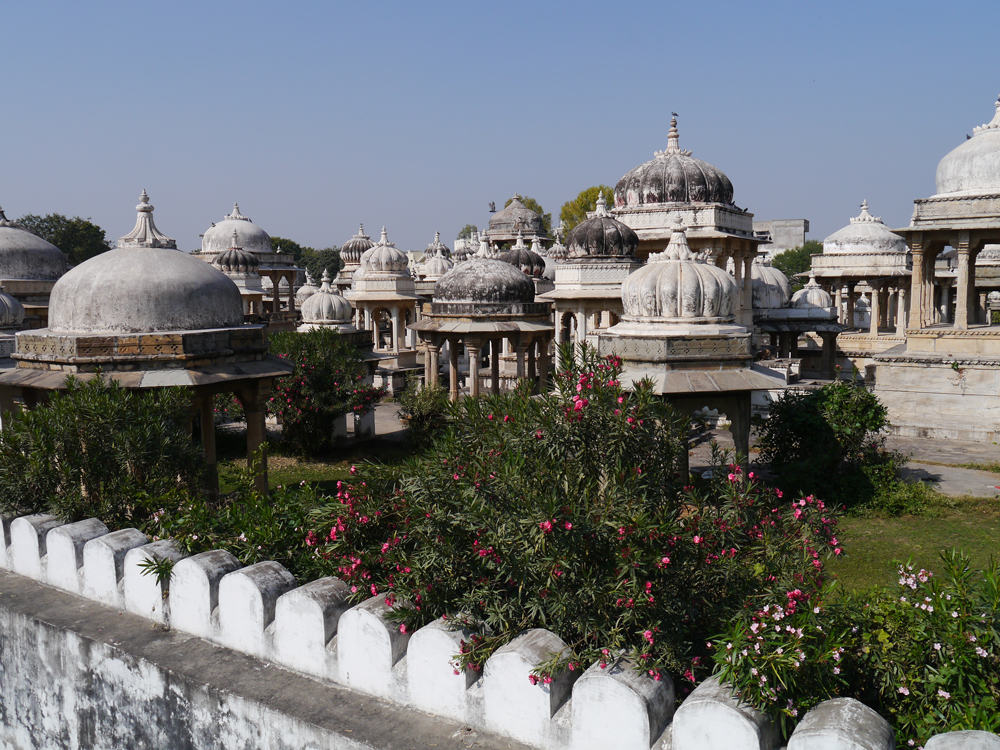 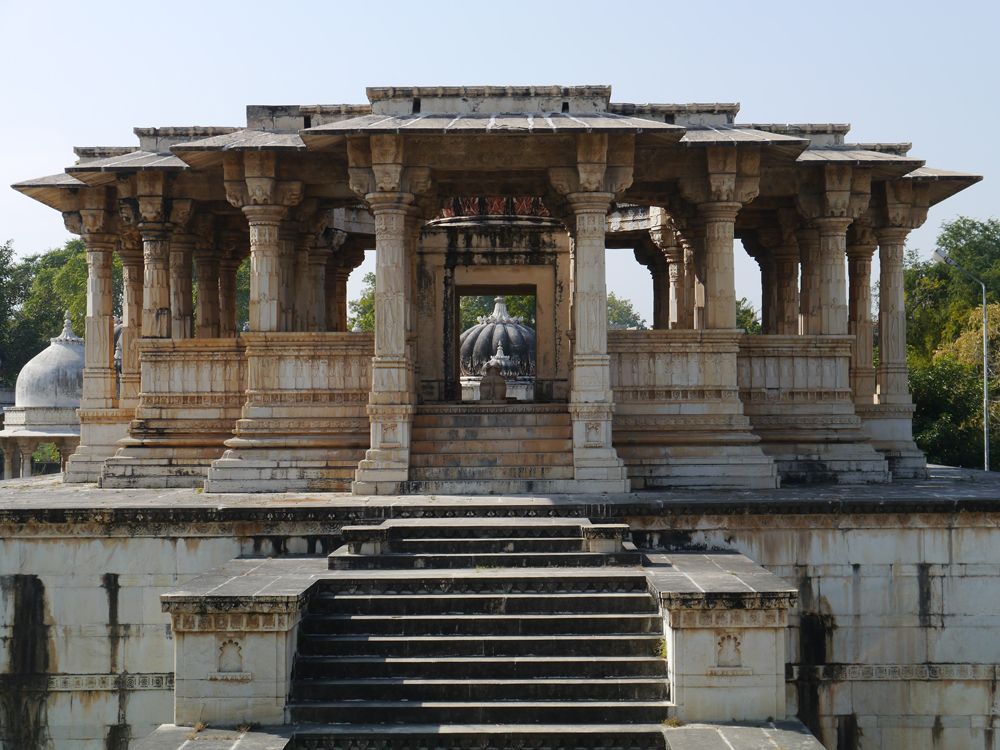 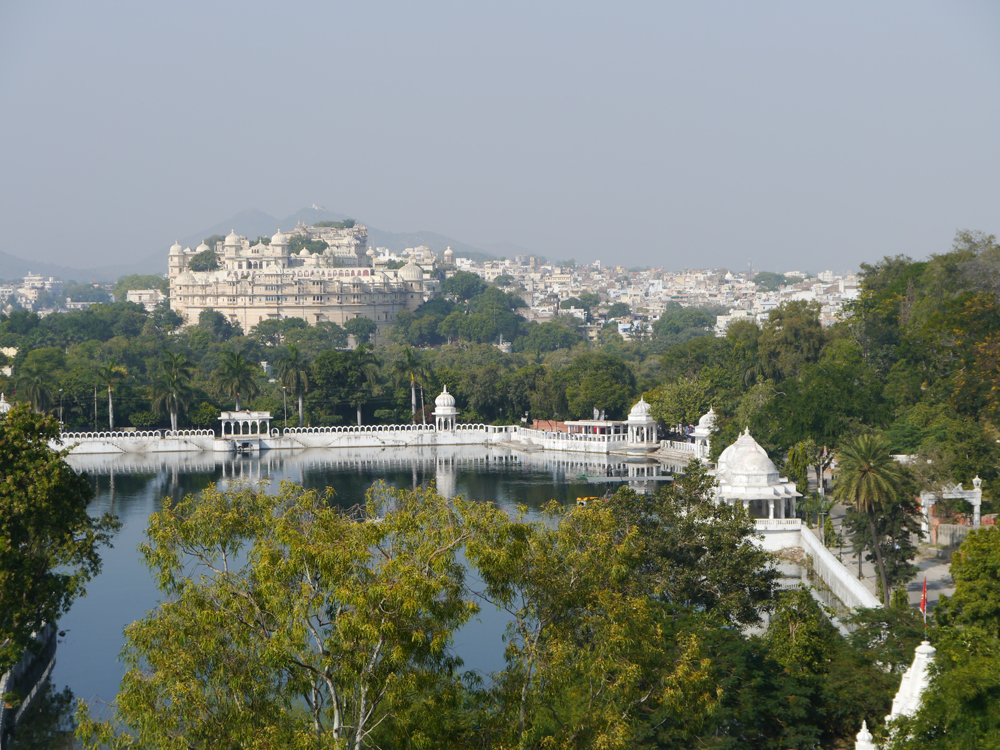 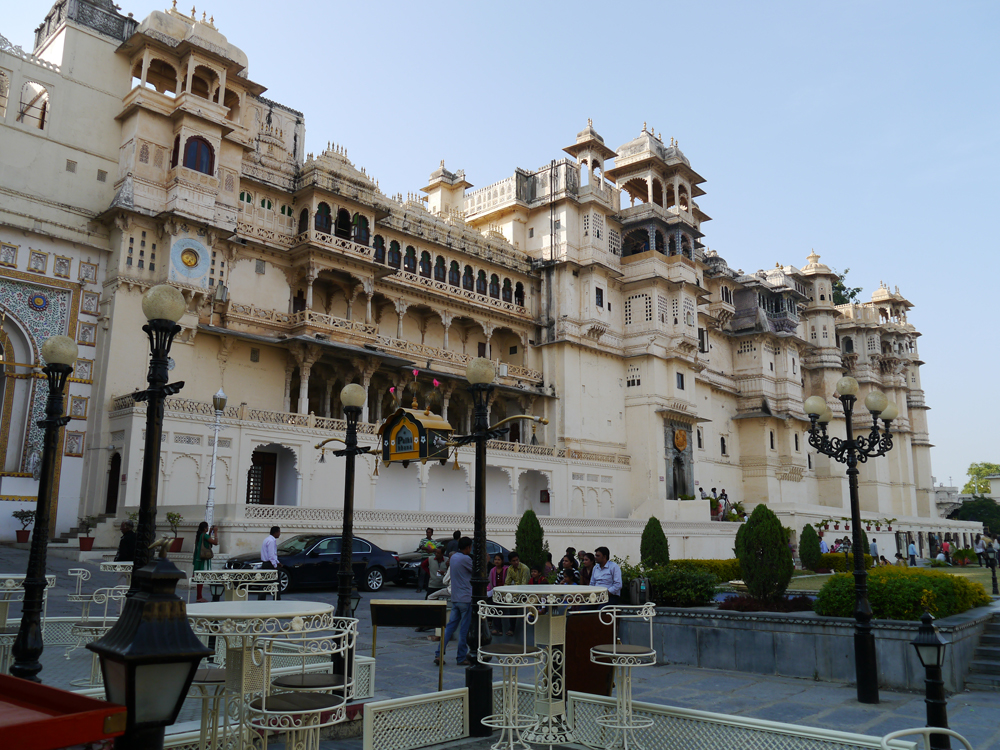 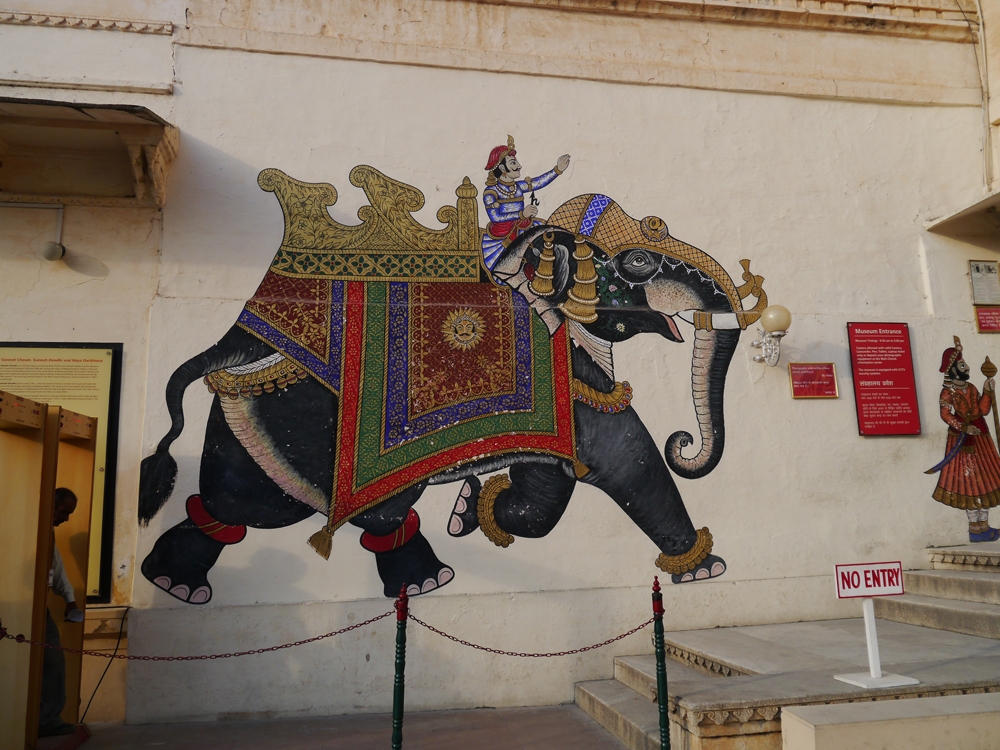 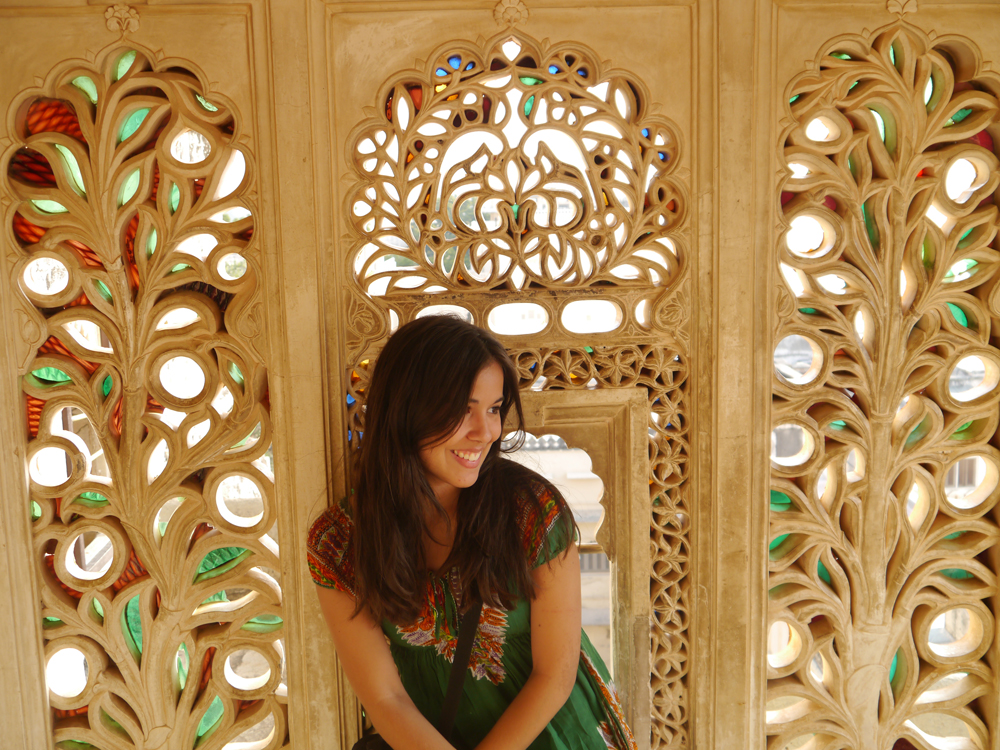 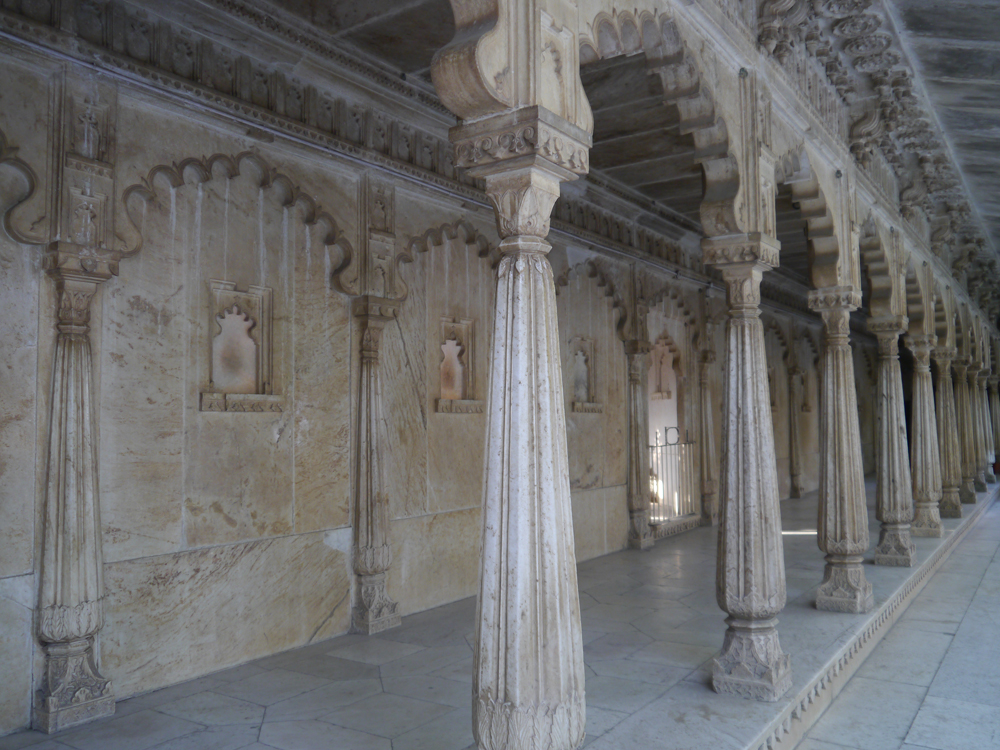 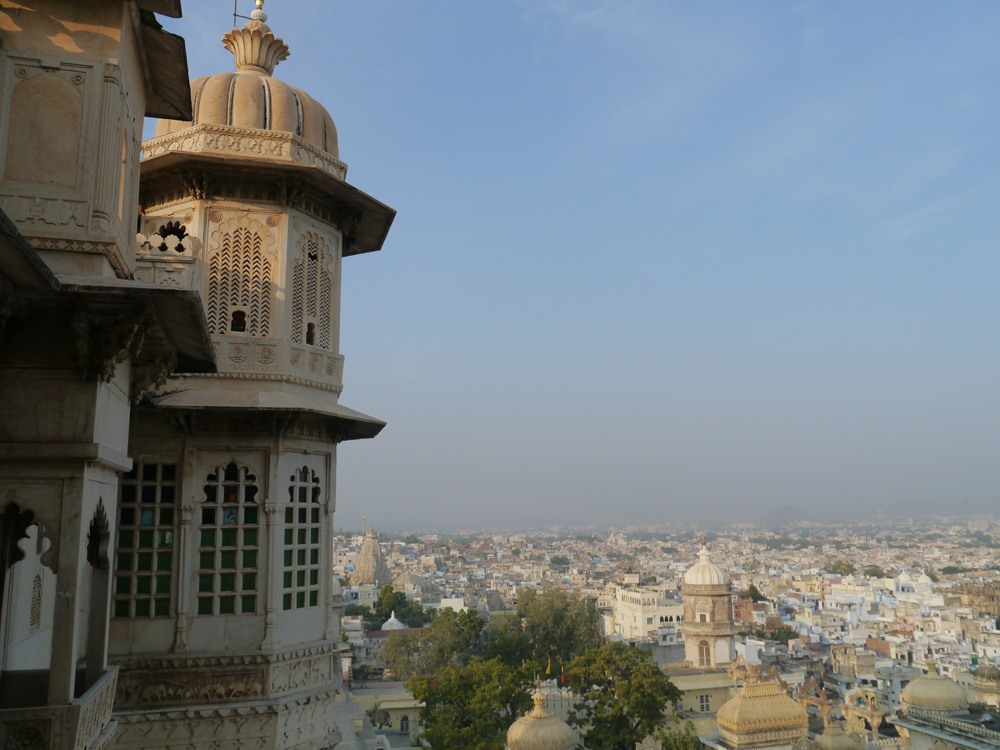 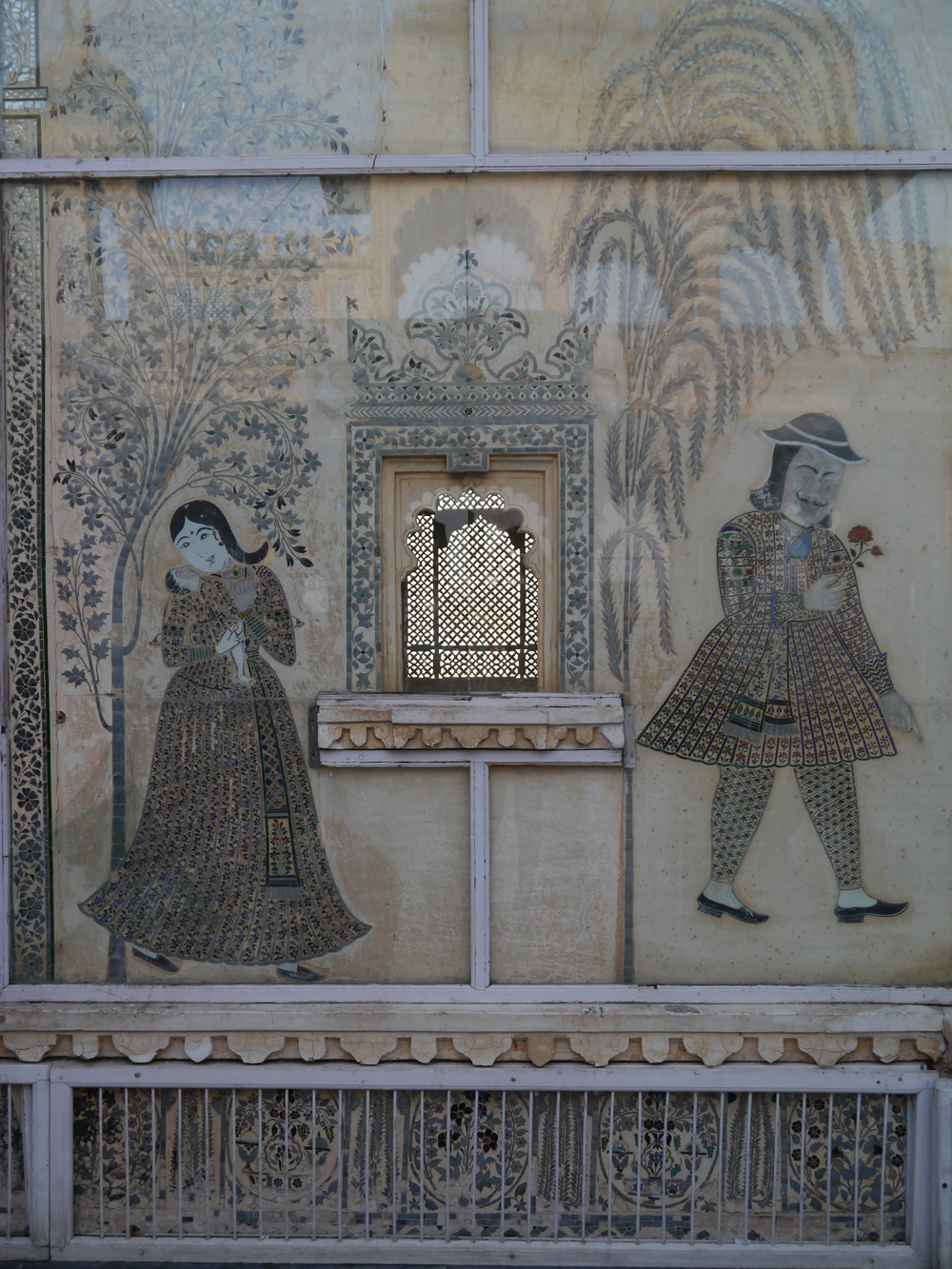 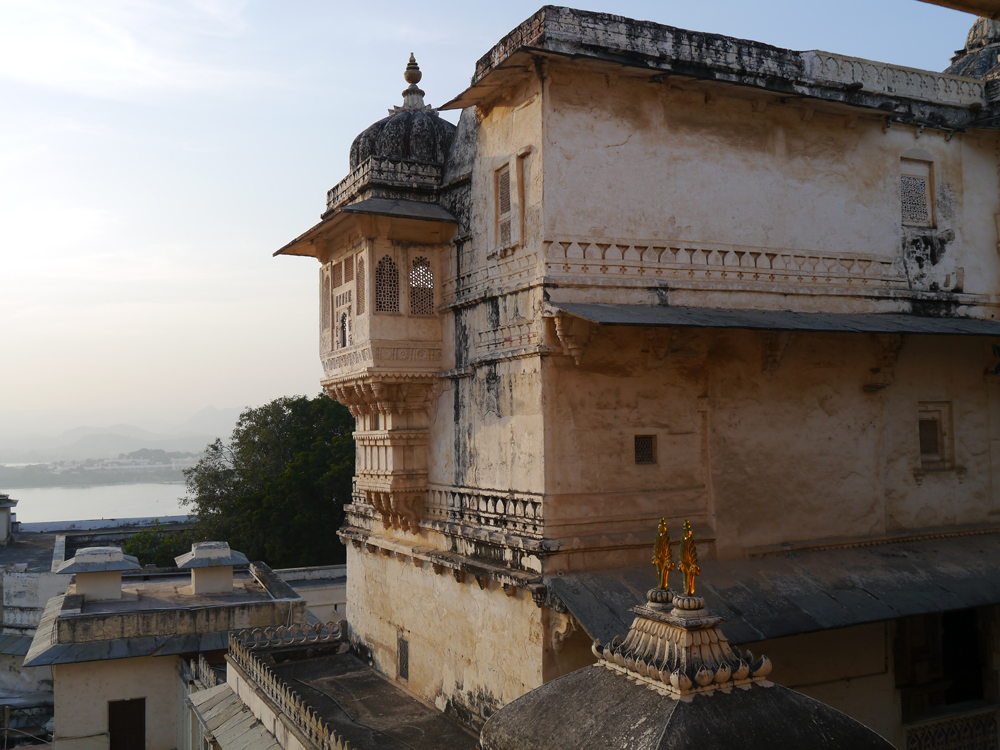 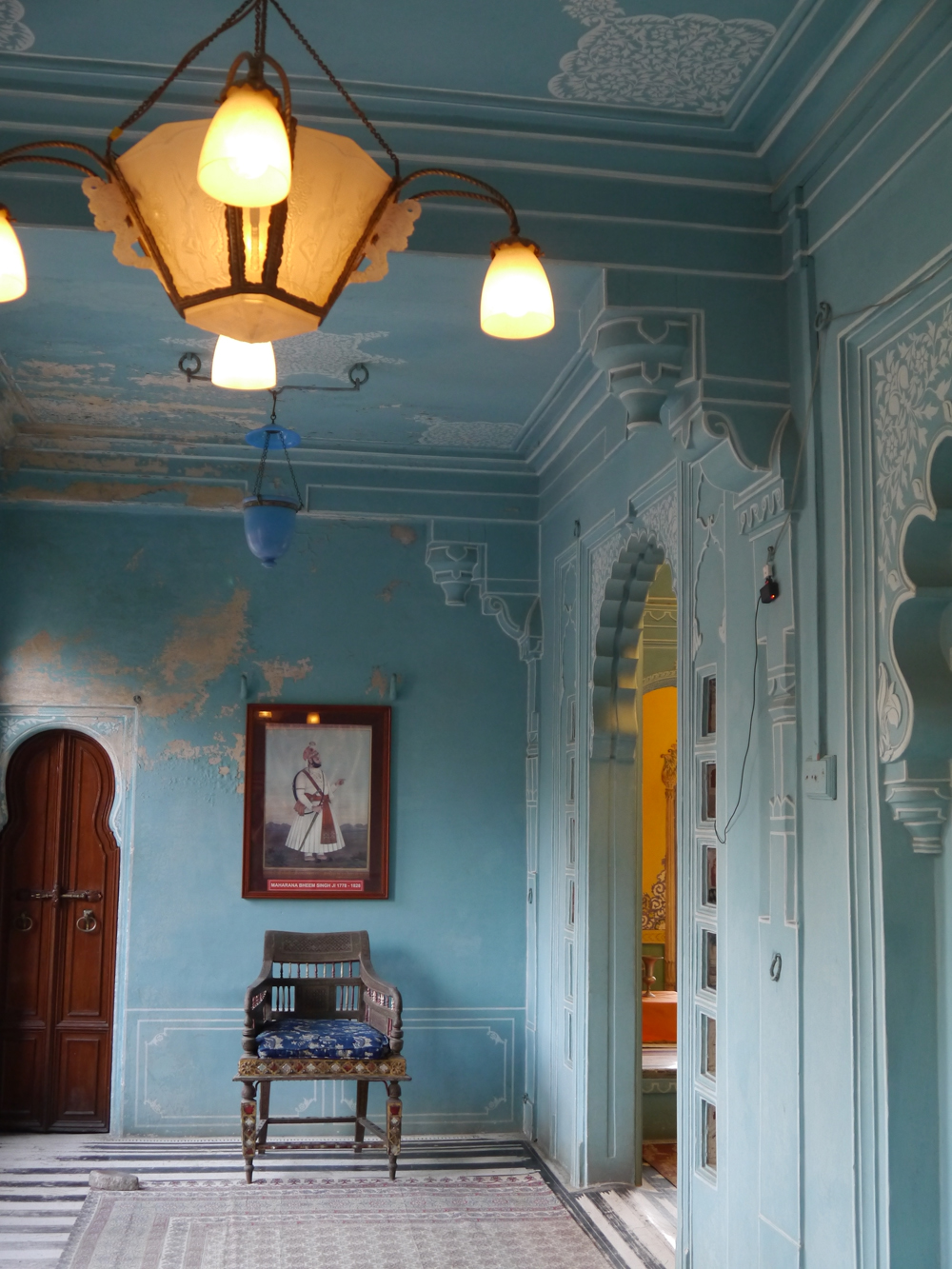 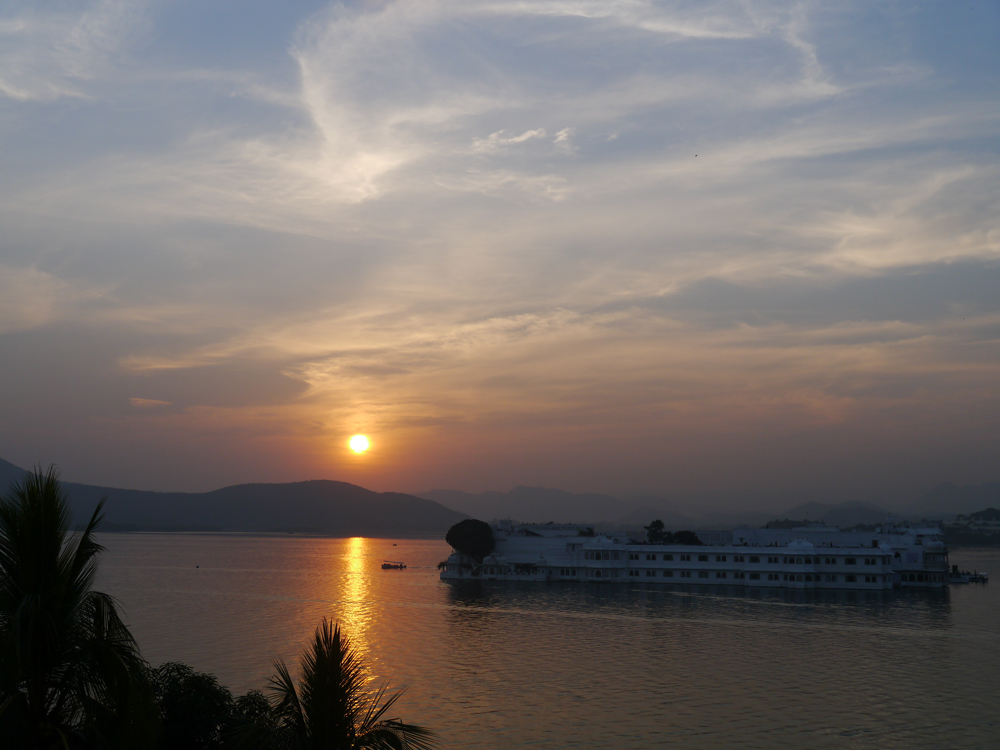 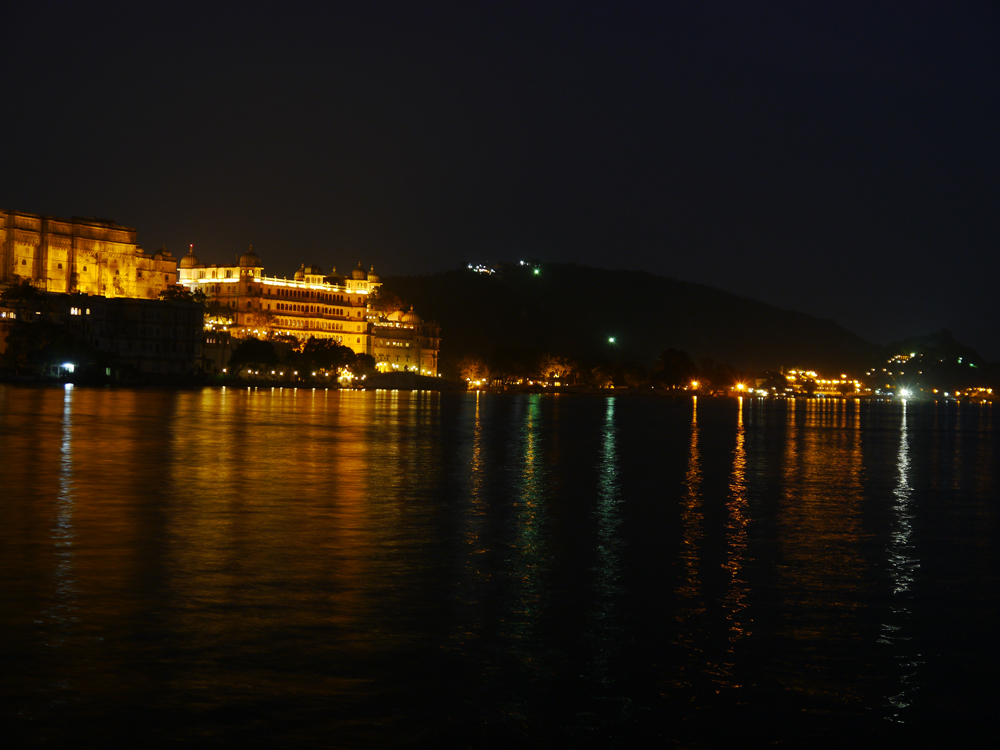 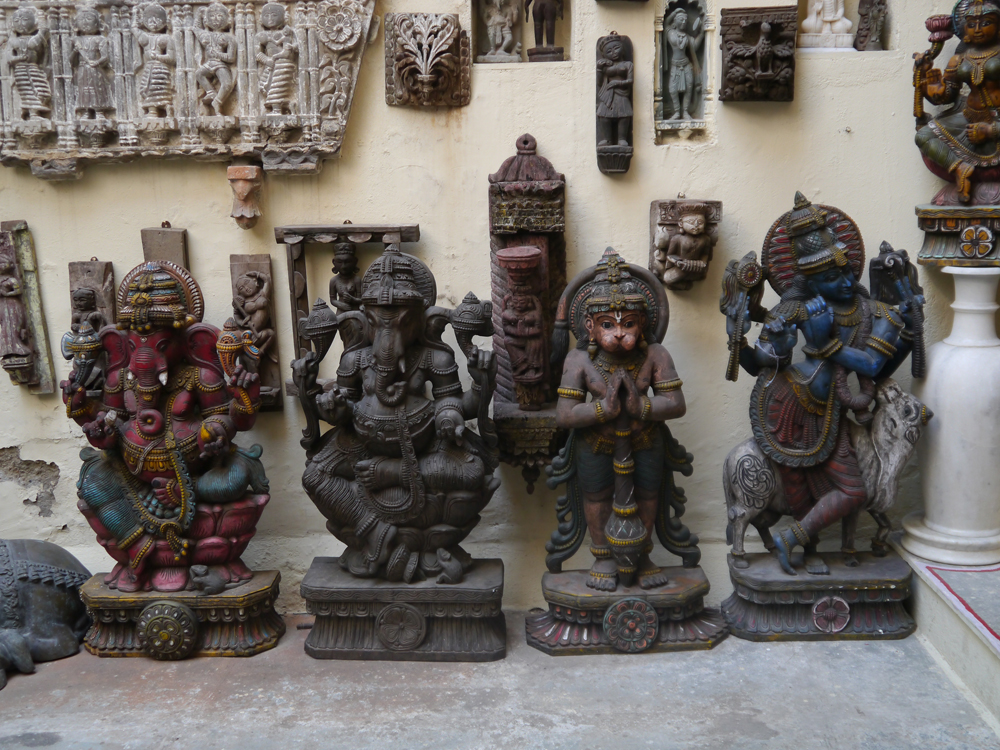 I’m about to tell you a long story, and probably, my favourite one from my time in India. Everything here is REAL, I’m not exaggerating or being dramatic for the sake of the story. This happened on a train to Delhi from Udaipur, after I went there for a couple of days. Udaipur was the last city I visited in Rajasthan, but I went to Udaipur MONTHS after the trip to Jaisalmer. Udaipur was a dream come true, and this story that comes next, made it even better.

I was finally able to sit down when I spotted an empty bank in the station, after several minutes waiting. The train arrived shortly after and we jumped on to start looking for our seats in the coach. I was feeling incredibly happy this time about the fact that I was coming back to Delhi and not leaving it. This particular train ride was very special for me (sad, but special) because, after falling in love in India, this was going to be the last trip and train ride I ever did with my then-boyfriend in the country, as he was leaving soon after we got back to Delhi. However, I had absolutely no clue on how amazing it would turn out to be.

After ten minutes waiting for the rest of the passengers to get on board, we left the station in Udaipur and our compartment was totally empty, we were the only ones sitting there, enjoying the fact of having the train coach all for ourselves, even though we knew the bliss was just until the next station. I was feeling calm and really glad of having done that trip to Udaipur, only thinking about what the future had in store for both of us. And then, I saw an old man standing right in front of us and pointing at me with his finger -“My spot, move now!” – he yelled. He was giving me a dirty look with his tiny dark eyes hidden behind his reading glasses. I felt shocked because of his rudeness, and I tried to explain in a polite way that I understood the lower bed was assigned to him, but I just couldn’t sit in the middle bed right above him and it was too early to sleep.

He started yelling and talking very rude to me insisting I had to move since he had the right to take the full seat, because it was the bed assigned to him. I quickly took my bag and moved. I could feel my cheeks burning from the anger. People started shouting at him (My then-boyfriend included) and in a matter of two minutes there were hundreds of Indian guys staring at us, all curious about the big fuss happening inside the train.  A man from Indian Railways came and managed to calm down everybody but I was crying already (that’s my normal reaction when I get angry) so I looked at the man and told him: “You cannot treat me the way you want simply because I’m a woman. I don’t care if you are used to treat Indian women like that, I won’t tolerate that”. I don’t know if it was because I was a woman or not, but that’s how I felt in that moment. Maybe he was just like that: a mean and rude person.

The guy from indian railways had us shifted to the next coach and I cried for another 15 minutes, just because I was feeling helpless thinking how easy is for any person to make you feel like dirt. All the indian guys next to us were staring at me with curiosity, but not in the same way the usually stare. This time it was different, like if they were trying to be friendly with me and showing it with their looks. They all got off in the next station, and we were left in the compartment with an Indian man with funny glasses who started talking to us in Hindi after an hour, despite the fact he heard us speaking in English during all that time. He offered us to try some of his food and also he gave us some peanuts with masala (we could tell he was really enjoying them). After he was done with the peanuts, he took out his phone and started to show us a 45-minute video of an Indian wedding. Of course everything was in Hindi, and I didn’t understand what he was trying to show us, so pretty much every time he got distracted with something else, I tried to say «thank you, really nice» and return him the phone, but he kept insisting on showing me more of it. (it was actually really cute. I watched the entire video).

After the video was done, a nice man came to the compartment and told us that the old sir showing us the video was in fact a guest of his daughter’s wedding. The wedding usually take place in the bride’s hometown, in this case Udaipur, but for practical reasons they were doing it in Delhi, hometown of the groom. He explained us that more than 50 people was traveling on that train to attend the wedding, and they included family, close friends, and some acquaintances (the guest list was 2000 people. Yes. They pretty much invite EVERYONE they know). He was trying to cheer us up and he was apologizing for the behavior of the old man before, regretting we had to experience those kinds of inconveniences, because India has more to offer than that. After talking for a long time he left to say hi to other guests, but he made sure to sent his daughter to our coach, the bride to be, so we could met her. 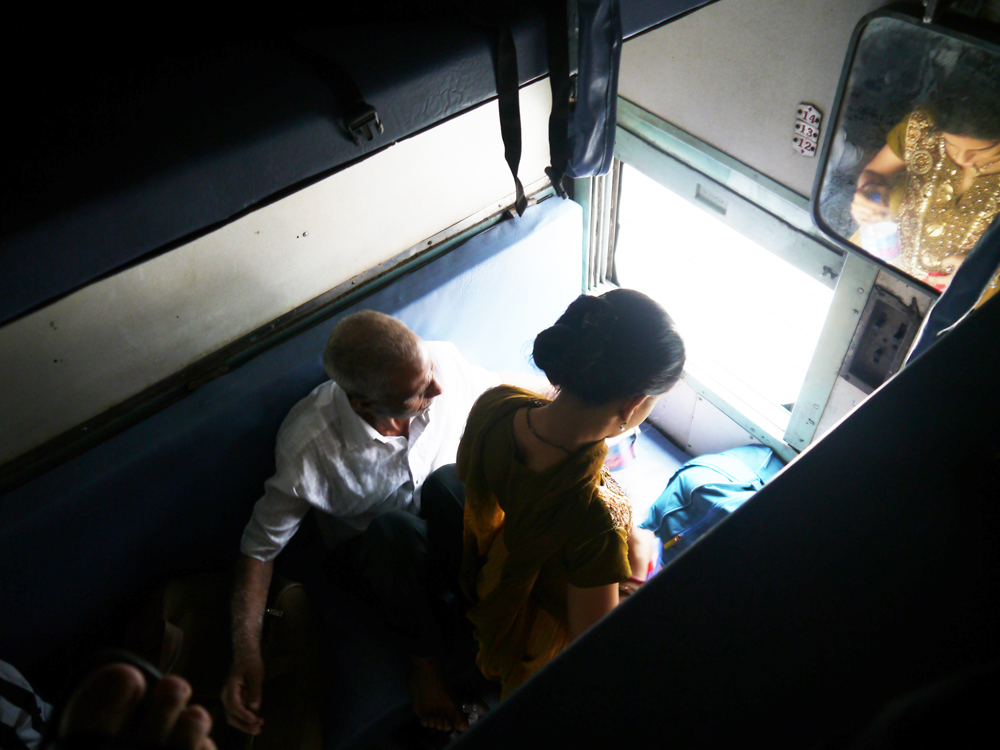 I can’t even tell the number of Indian weddings I had attended by that time, but none of them, ever, was going to come close to something as special as this train ride. She told us that her future husband was a man she only had seen once before, and they had talked over the cell phone twice. She showed me the beautiful Mehndi (super detailed henna-tattoo brides traditionally do on their hands and feet) she got done the day before. Her tattoos were so delicate and elaborated, they looked unreal. I couldn’t help thinking how on earth I was there just chilling and talking about henna with this woman, because a part of me was feeling shocked and surprised by the fact that she was so calm and cool with having to start an important journey such as marriage, and be committed for the rest of her life to a complete stranger. I guess my mix of feelings was obvious because I was asking her questions every two minutes.

But she didn’t stay behind. Same as me, she wanted every detail of how was life on the other side of the world, how was like being able to have a boyfriend without any trouble or questioning from your parents, how did people manage to go live together so easily without any ceremony, how was it possible for a father to tell his son or daughter to move out and be independent, she asked me about how many places we had traveled and where we were planning to go next, and the way she looked at us with those big brown eyes made me wonder if she was thinking we were rock stars who could do whatever they want whenever they want… and truth to be told is not that far from reality. We enjoy so much freedom.

She invited us to her wedding, of course, and before going to sleep, she asked me to go with her to the other coach, where part of her family was. We got to a compartment full of women and little kids sleeping so peacefully, they didn’t even notice we were being so loud. Unlike the children, all the women woke up instantly, when the bride took out the suitcase that was below one of the seats. The mother was yelling telling her how to open it, the grandmother was giving her other indications, the aunts were all giving their opinions or asking me questions (If you saw “My Big Fat Greek Wedding” this was a similar scene!) She opened the suitcase and took out first, the presents for her future sister-in-law: a traditional saree she got in Udaipur with amazing embroidery, all with a set of matching bindis and ten rupees bills for good luck.

Then she showed me the sarees that her sister and her mother were going to wear and my jaw almost dropped to the floor. They were so beautiful, the most beautiful Indian sarees and salwar kameez I’ve seen in all my months in the country, or at least that what I thought because that idea fade the minute I saw her wedding saree. It was in the traditional red, of course, and made in a fabric so soft and with so MANY details I could spend all my time and thousand blog entries trying to describe it. After that, she opened a box and showed me all the jewelry she was going to wear on her wedding day (also jaw-dropping). After going through all of that, I was feeling like in a dream. Not in my wildest dreams a year before, I would have imagined that a bride was going to show me her wedding dress and accessories during a train ride. And to make things even crazier, she asked me to pick one pair of her earrings out of 5 sets, because she simply wanted to give me a gift (what?!).

I refused to take any of her earrings, saying that I couldn’t accept a gift like that. She had no reason to do it! and it wasn’t like I felt uncomfortable with her, it was just way too kind from her and her family comforting me the way they did that I couldn’t accept a gift. I should have been the one giving her some kind of present. But she kept insisting, so I finally agreed only with the condition that she would give me the pair she liked the least. Lucky me, it was a pair of gorgeous peacocks earrings that hopefully will stay with me for a long long time. I’m not that much into jewelry as a woman, but these ones had instantly become my favorite piece.

The next morning I woke up at 7 am, after a 15-hour train ride from Udaipur. The beds next to us were already empty and we were approaching Old Delhi station very slowly and all I was trying to do, was spot the bride-to-be among the people on the train but I couldn’t recognize anyone. No familiar faces were around. I got off the train and all I wanted to do was to thank her and her father for helping us, and I also wanted to wish her all the best on her wedding and married life, and all the happiness I’m sure she deserves. But I never saw her again, so all those wishes faded as a small prayer into the air, while I was walking in between the people that were headed to the street, to the mess of New Delhi.

***All links are similar pieces to the ones I saw or own.***