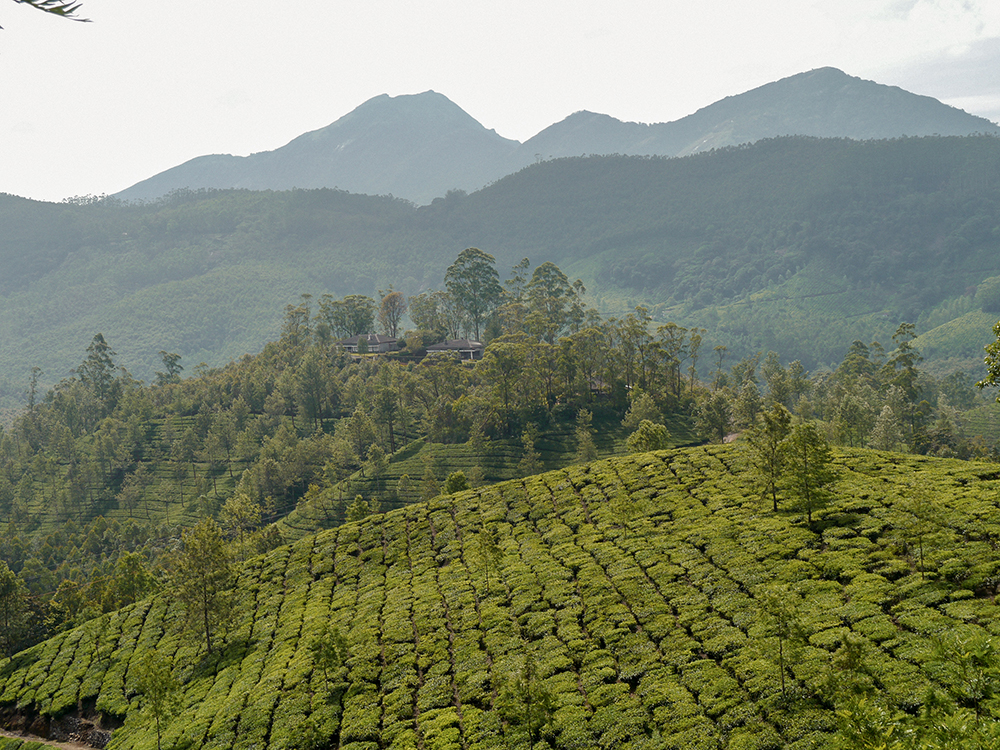 I wrote this blog post a long time ago and I didn’t like it back then, not sure of the reason, but today I read it again, and I loved it. I have forgotten so many things already, and it’s a good thing I decided to store my memories somewhere. Here it goes: All the things I saw and did during my week in Kerala 🙂

Day 1. We arrived at the airport in Trivandrum, the capital of Kerala, and we took an autorickshaw to Kovalam. The other option was going to Varkala, but we read the beach was nicer but the tide stronger, so we decided for the place that allowed us to have a relaxing swim. The beach was amazing, I really missed the fresh and salty air so much, since I used to live near the sea back in Colombia. We went for a beer in a cute and relaxed restaurant watching dogs falling asleep in the cool sand. 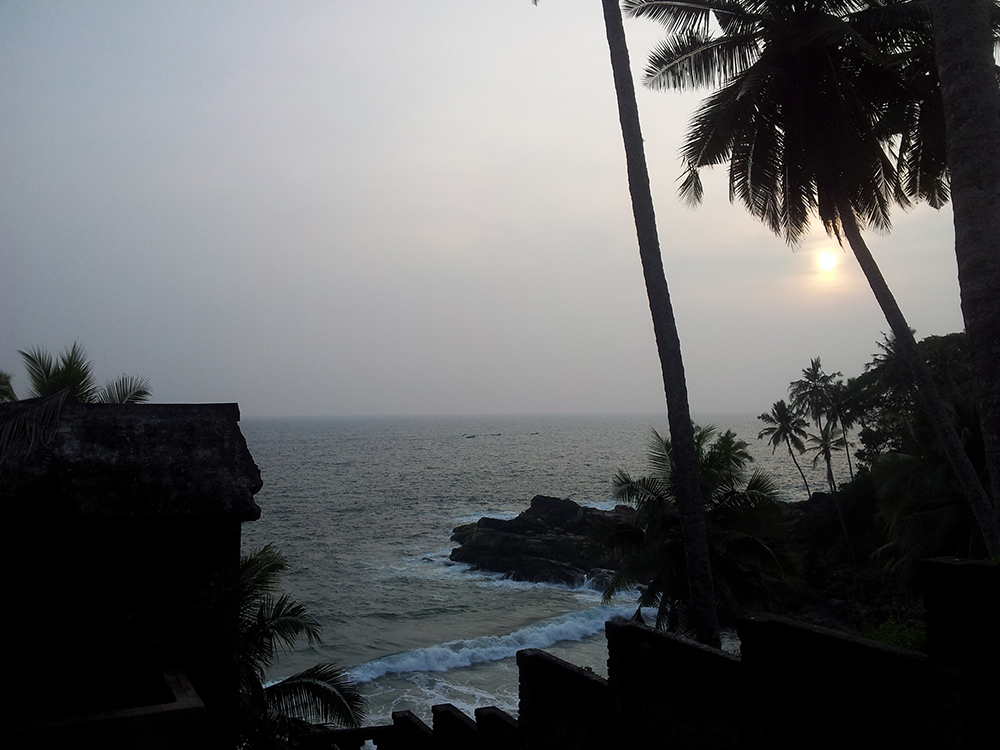 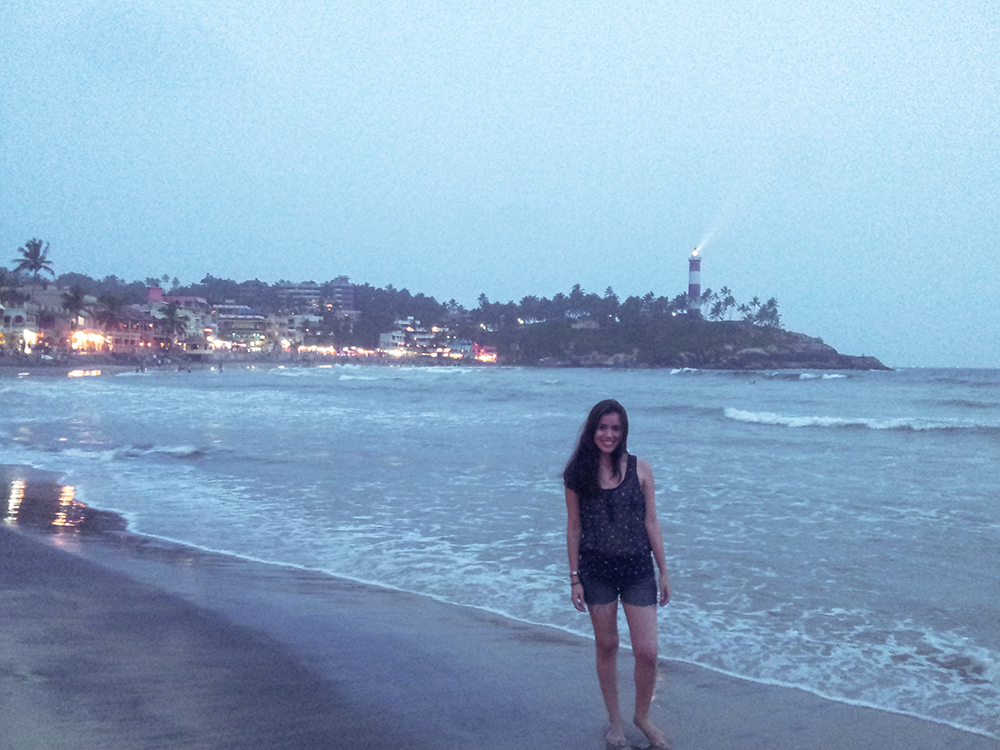 Day 2. It was raining a little bit in the morning, so we decided to leave to Trivandrum again, visit the Kerala zoo (yikes), and see if we could catch some quality time near the sea. We arrived at the train station first, bought two cheap tickets to Allapey and checked the bags in a locker at the station. We went to the beach and it was very disappointing, there were only a lot of fishermen and Indian guys, and the tide was really strong, so we couldn’t swim. Besides, I couldn’t have shown myself in a bikini with all the stares (sounds like if I was a supermodel or something hahaha, no, it’s just this thing with showing skin in India). The Kerala zoo was nothing extraordinary, so we did a quick tour and left (back then I haven’t made a decision of stepping in a zoo ever again). We went for lunch in a hotel, but lunchtime was over, so we had really mediocre sandwiches, and left for the train which was really uncomfortable, but it cost something like 1 dollar. I remember saying “Its gonna be impossible for us to sleep a bit” being surrounded by a lot of Indian men and a family with small children next to us, but after 30 minutes I was snoring just like the rest of them. My friends were teasing me for having become officially a south Indian lady. 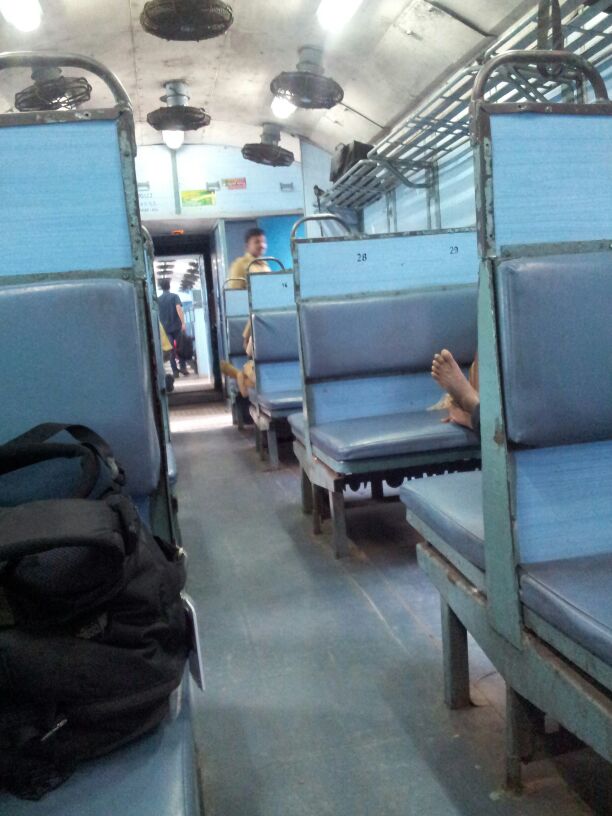 We arrived to our next destination and the hostel we had booked that night was extremely cozy and beautiful. We had dinner, and there was a cat begging for food all the time next to us.

Day 3. Next morning we had banana pancakes and pineapple at the hostel (they were delicious btw), and we left to take a ride in a houseboat for an entire day and night. We didn’t have anything fixed, we ask at the front desk if they could indicate us how to get a cheap houseboat for the night and we scored a good deal after some bargain. I had a long nap, we played cards and talked for a while. We went to sleep with the most amazing and breathtaking view of the palm trees under the moonlight. 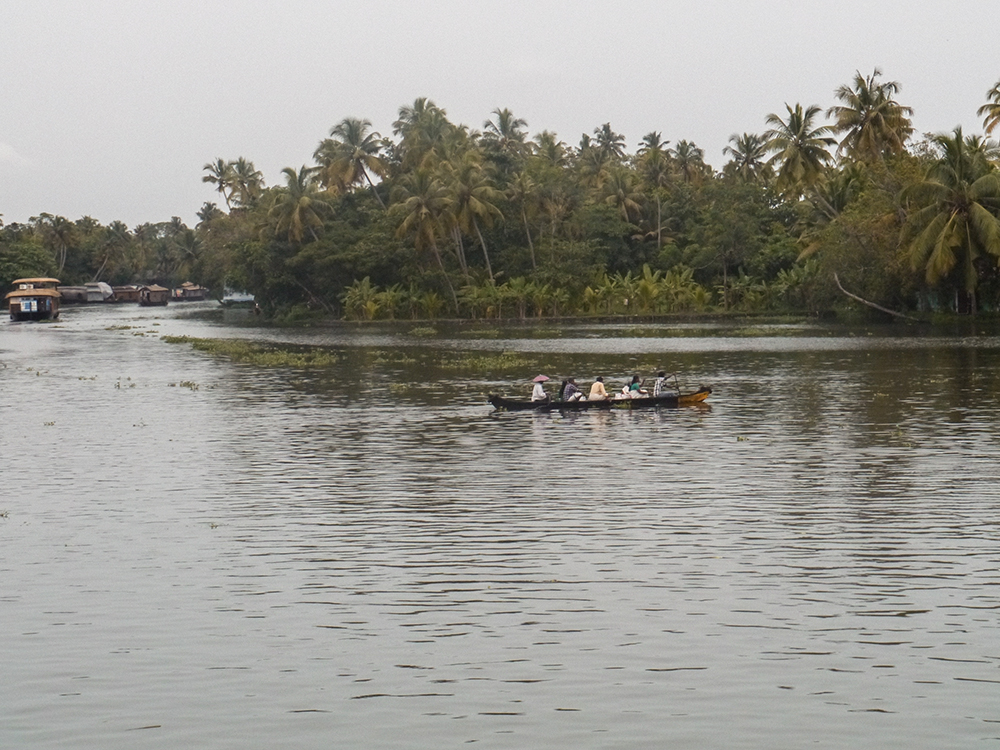 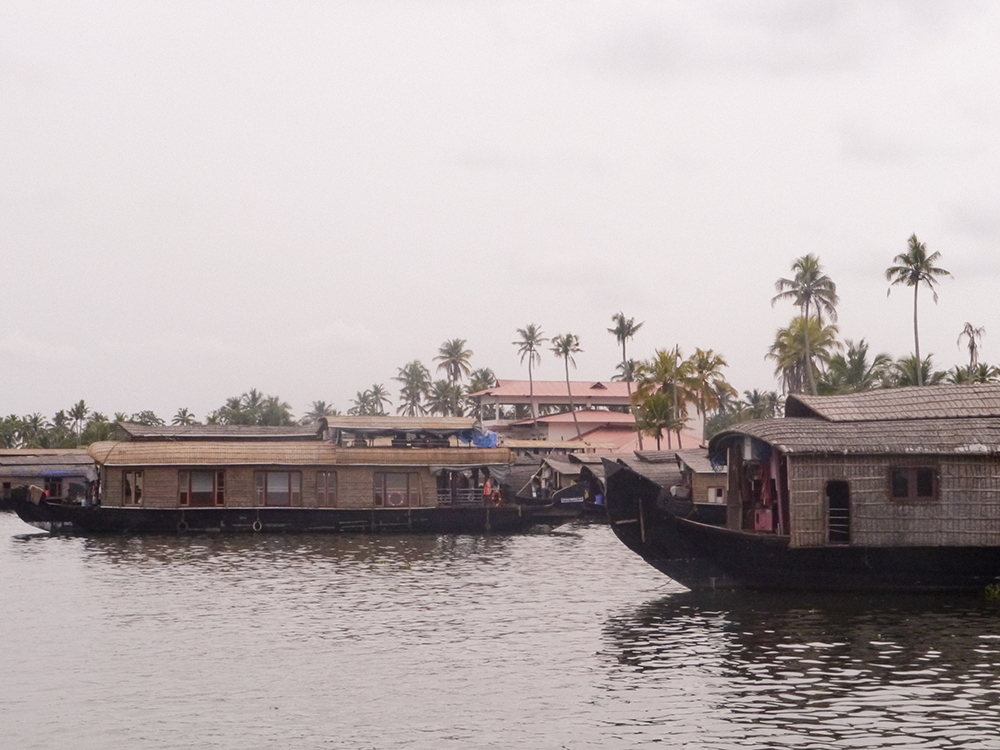 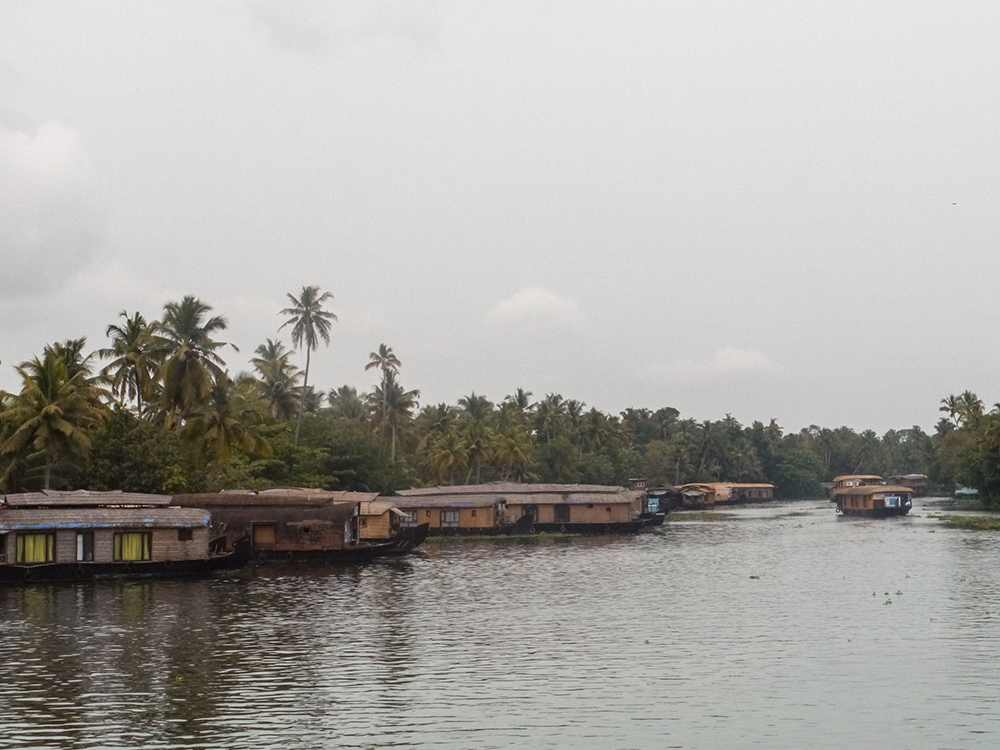 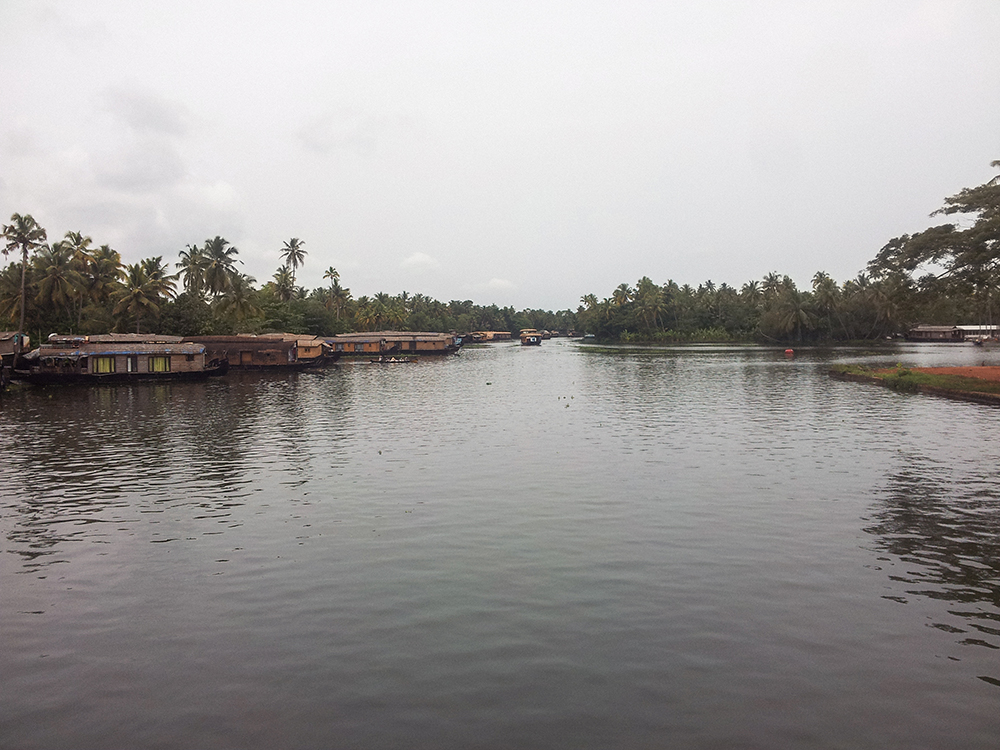 Day 4. We got back from the backwaters after breakfast on the boat and took a rickshaw to a beach nearby in Allepey. There was nothing there but private beach houses and a huge resort. Some random people let us leave our bags in one of the houses and use the shower after a day swimming with minimum bhayia stares and a lot of coconut water (Hello Mrs. President). We tried to sneak in the resort for lunch but they didn’t let us get in from the beach entrance, so we had to walk a lot just to ask for the stupidly high price of the buffet (more than 2000 rupees just for lunch). Feeling disappointed, we had tangerine juice and snacks in a store in the middle of the road, and left for Cochin, to spend the night. 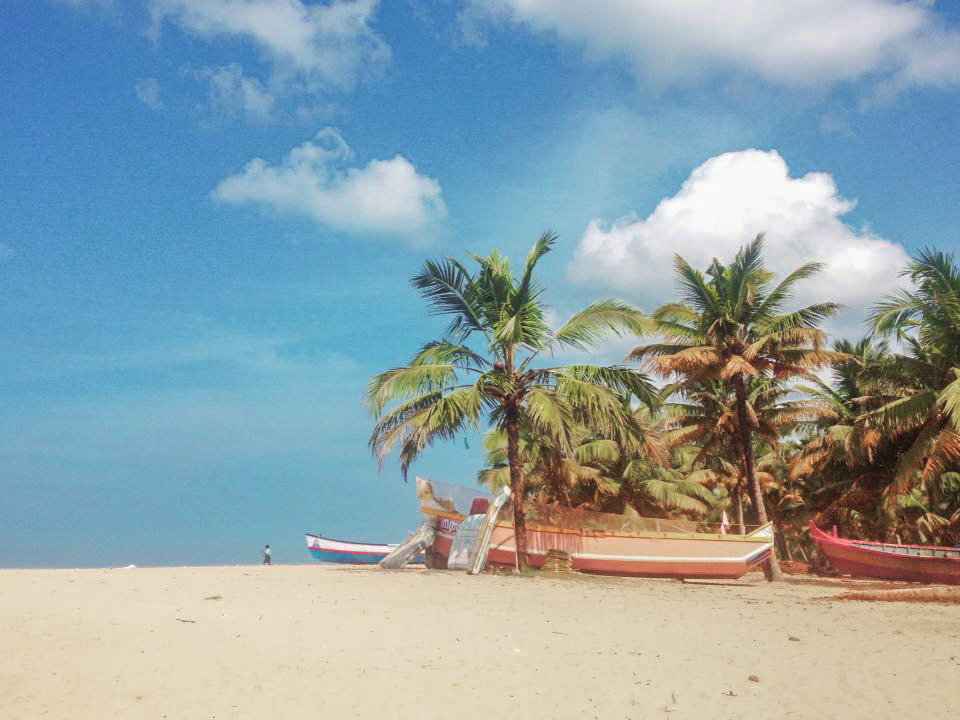 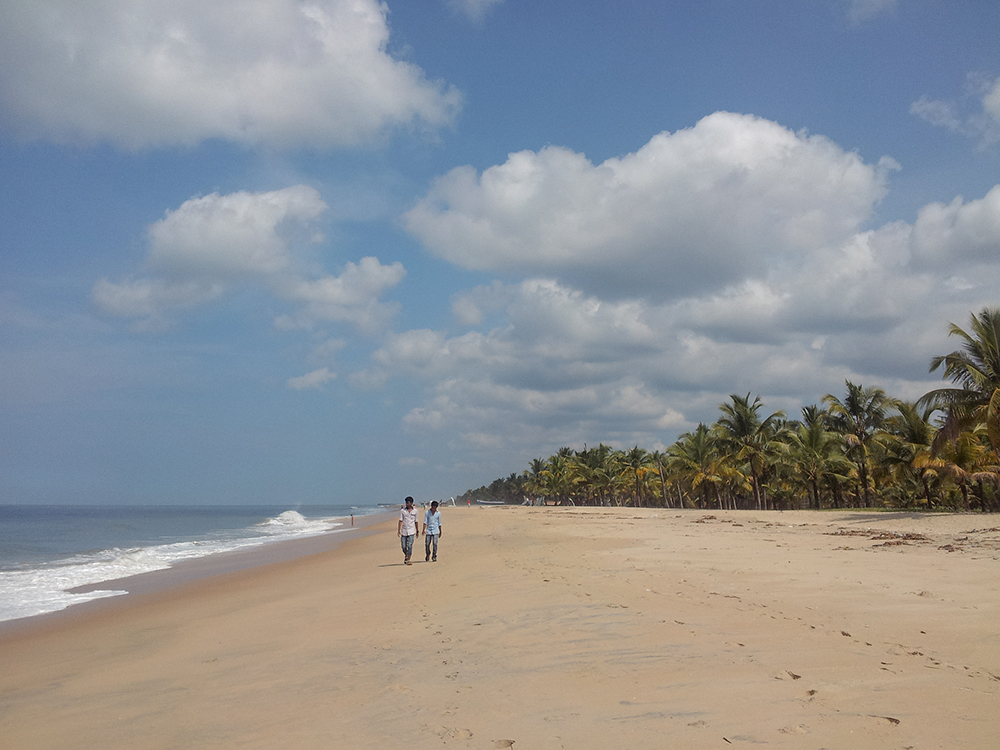 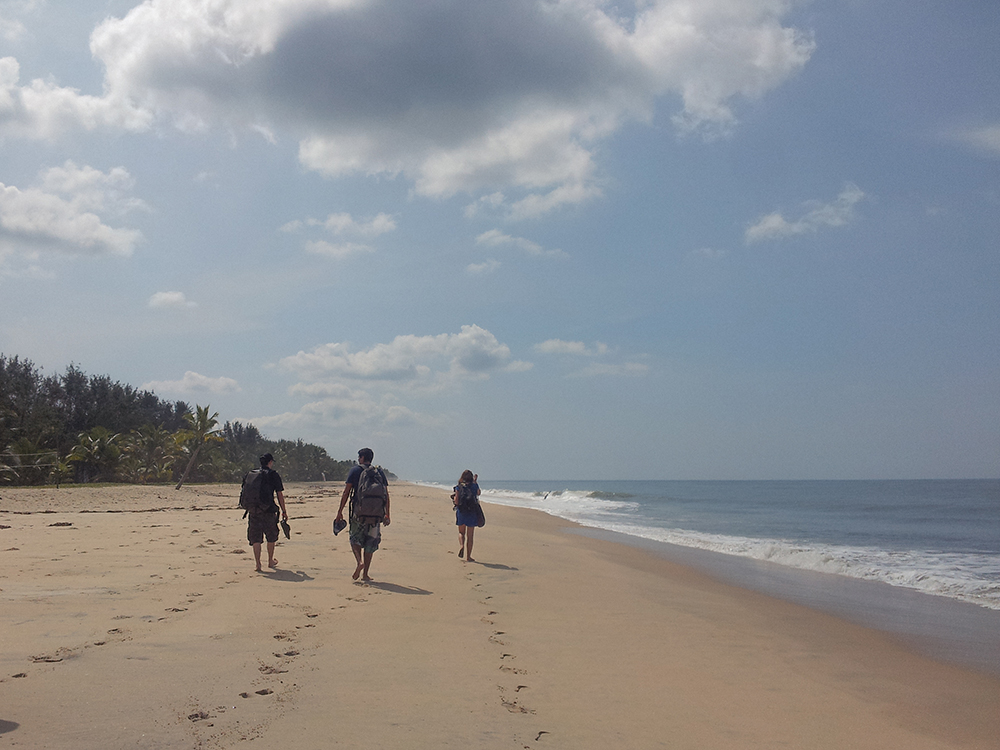 Day 5. In the morning we took a taxi we hired the night before and left the hostel early. It took us between 4 to 5 hours to get to Munnar. In that town, it’s quite easy to get a hotel room for a reasonable price, but they are not the prettiest. The restaurants are mostly disgusting and proof of that was our lunch that day. As a result, I caught another stomach bug, so I stayed in while the others went to ride elephants in the jungle. I was sad about it, but this is the way things happen in India.

Day 6. Next day we went to the beautiful tea plantations. We did a tour and it was so simply unbelievable. As I said, food in Munnar was extremely disappointing, except for one place highly recommended on lonely planet and TripAdvisor: Saravana Bhavan, which has pure veg south Indian food ONLY and it was SO DELICIOUS. We left Munnar in the afternoon to drive all the way to Kovalam in a taxi, arriving around midnight there. We stopped at a chicken place in the middle of the road, and I couldn’t remember being so happy in my life. I will never forget how our friend «M» had an emotional breakdown because of how terrible the food had been, and how he promised to himself that if the situation didn’t improve, he will go to Hard Rock Cafe first thing after arriving in Delhi to eat a nice meal. 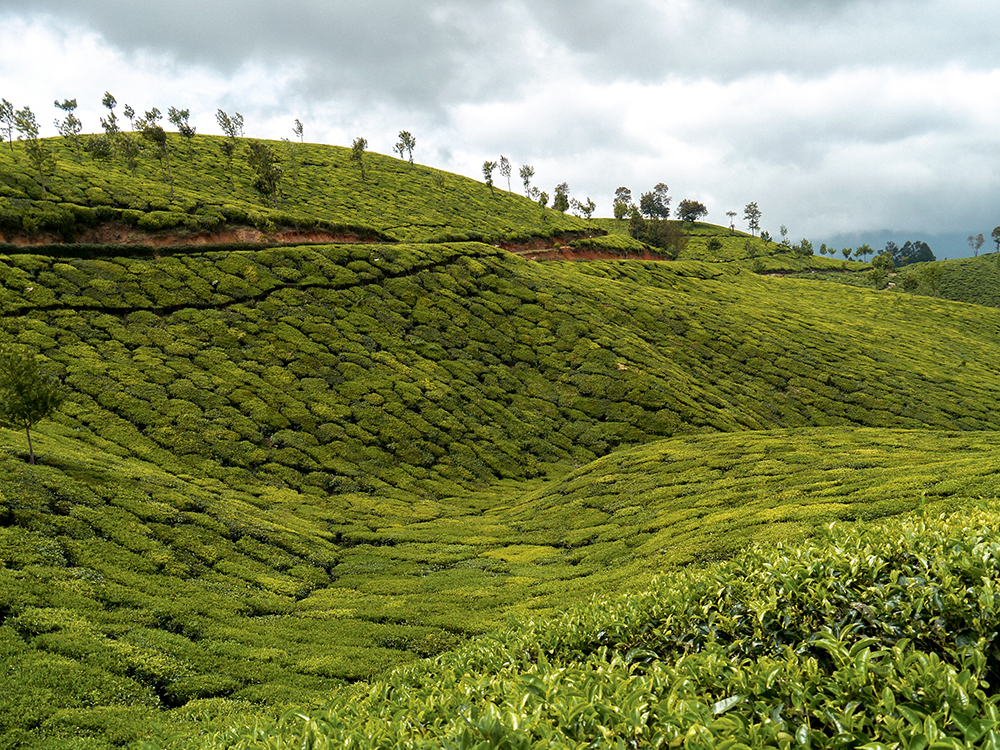 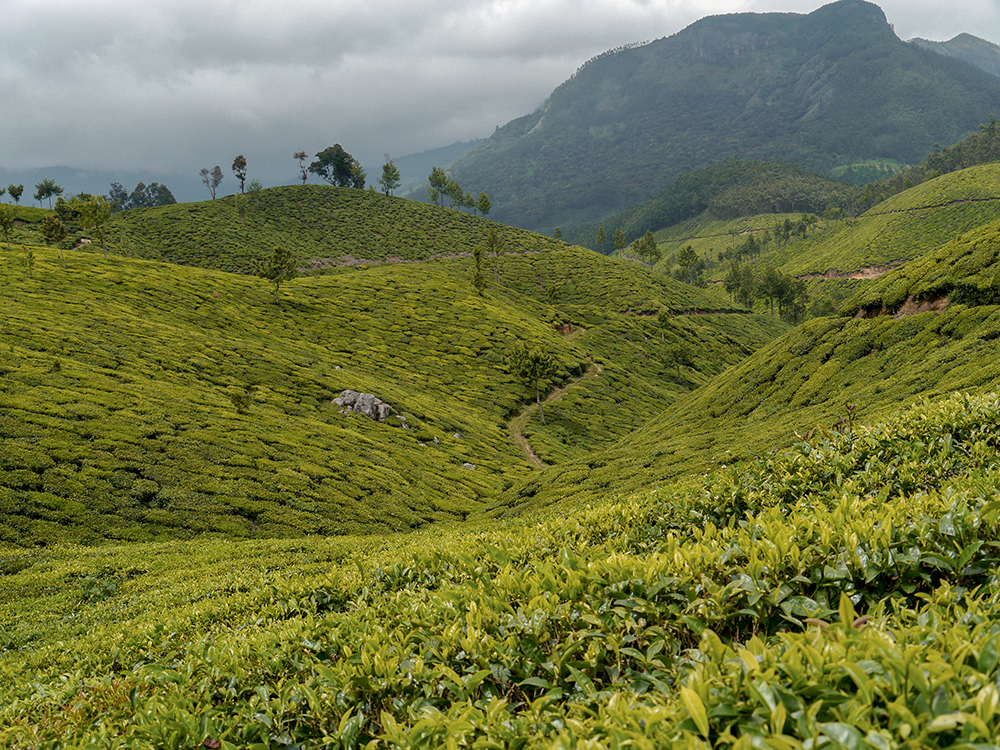 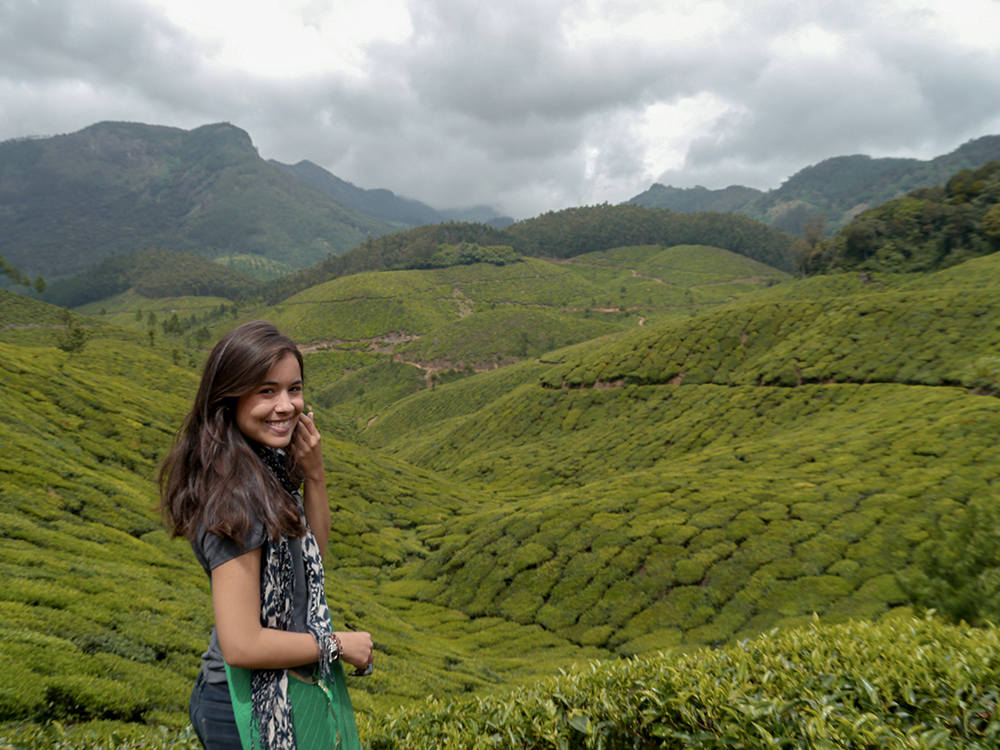 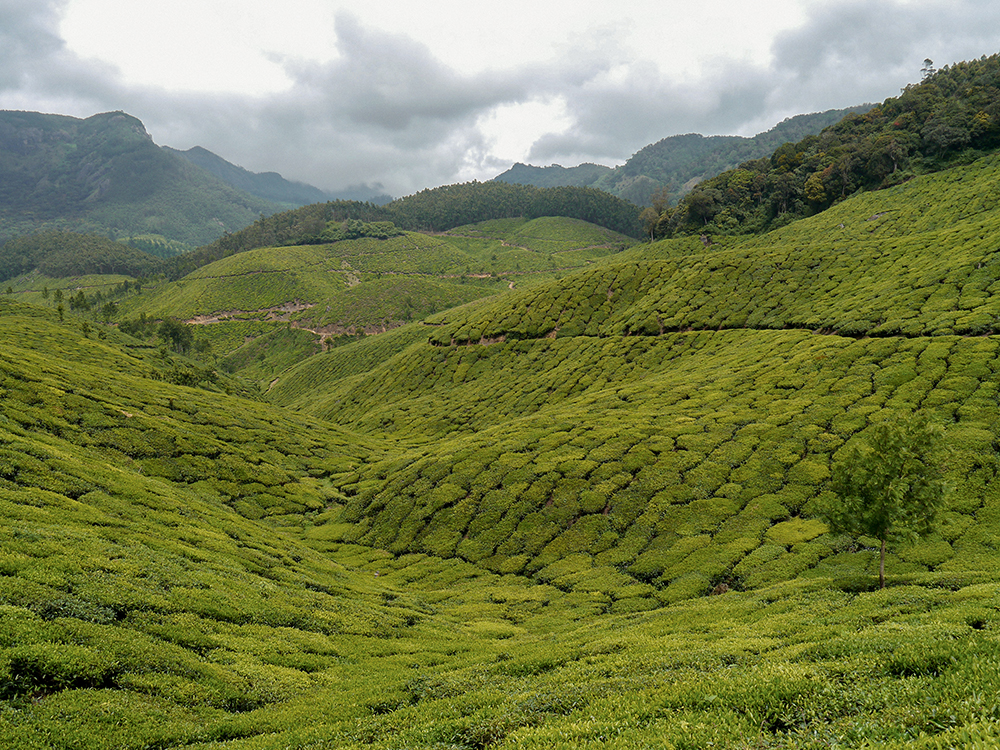 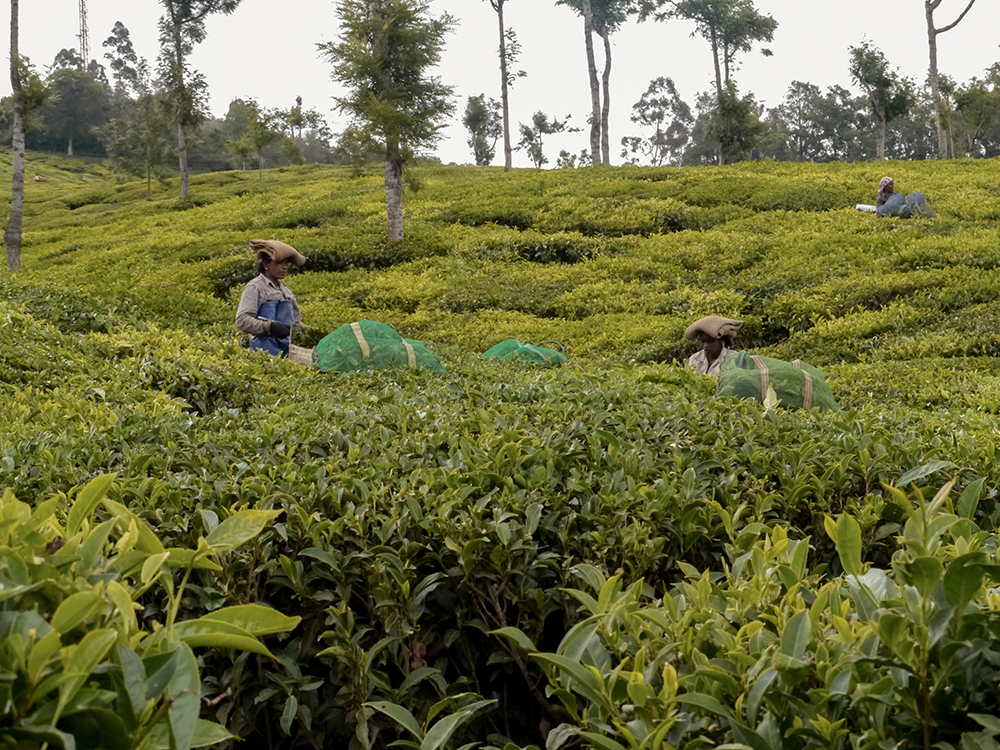 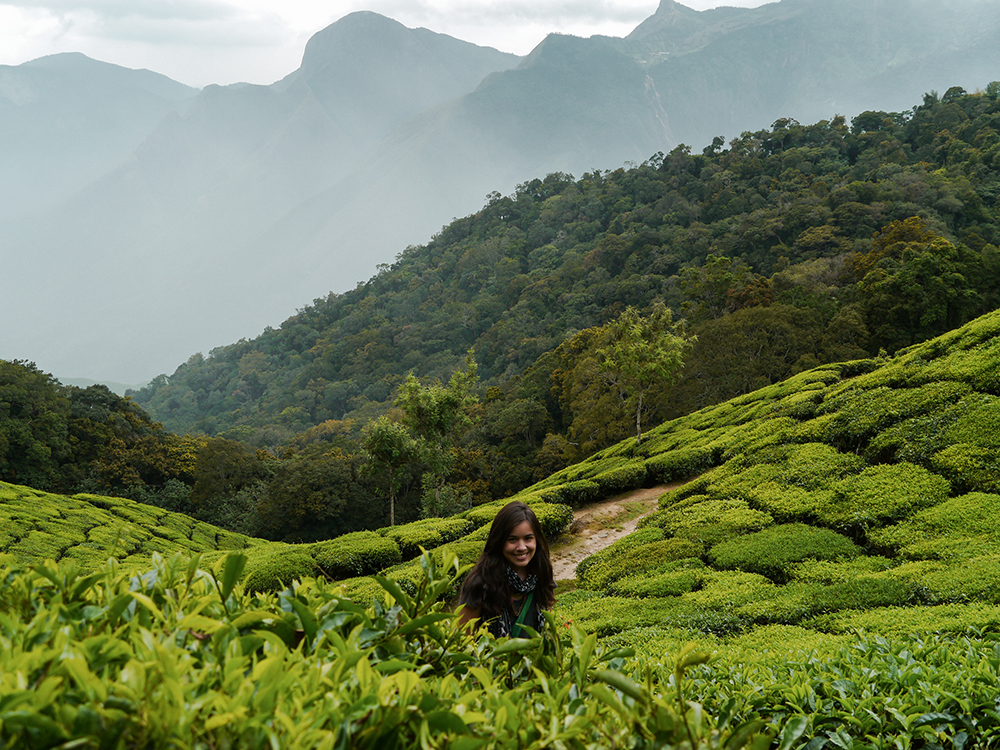 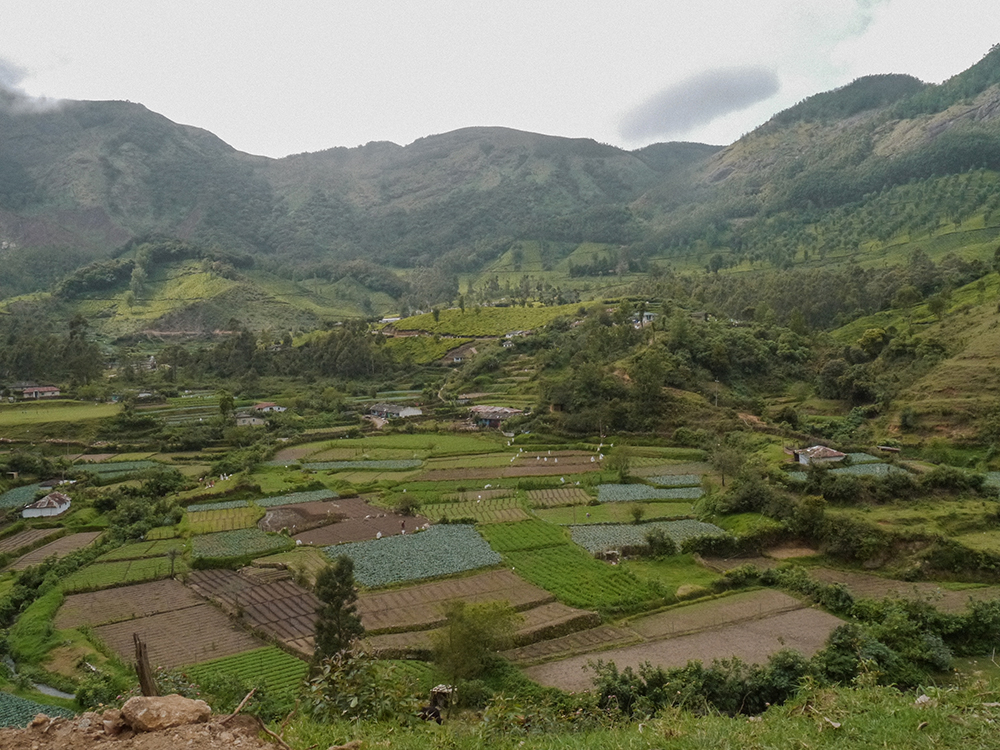 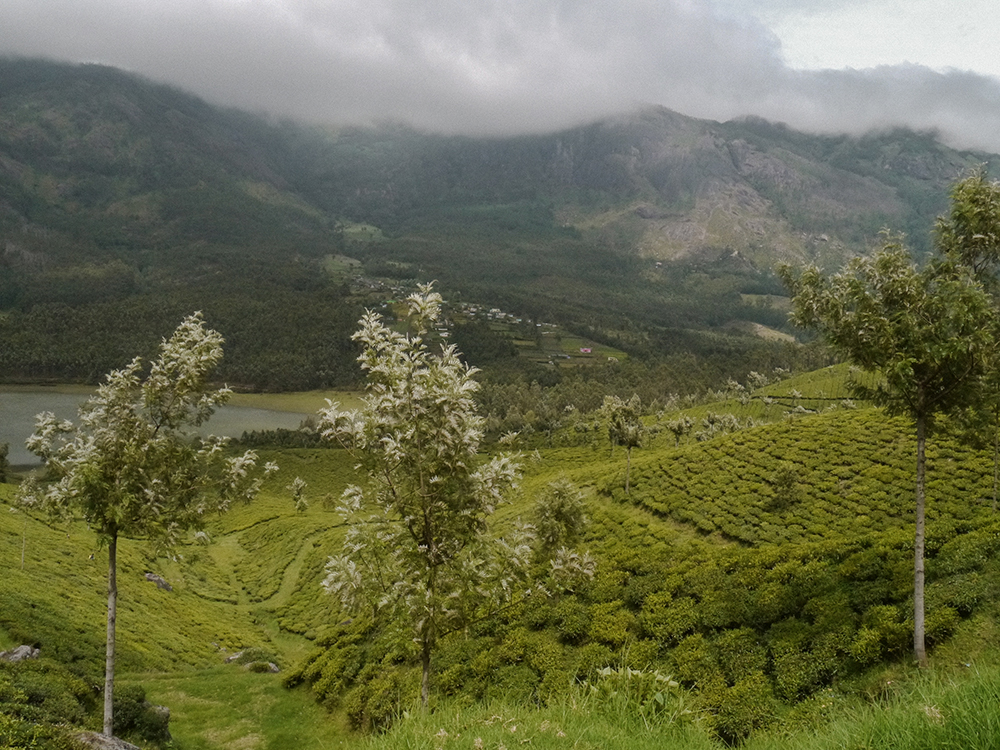 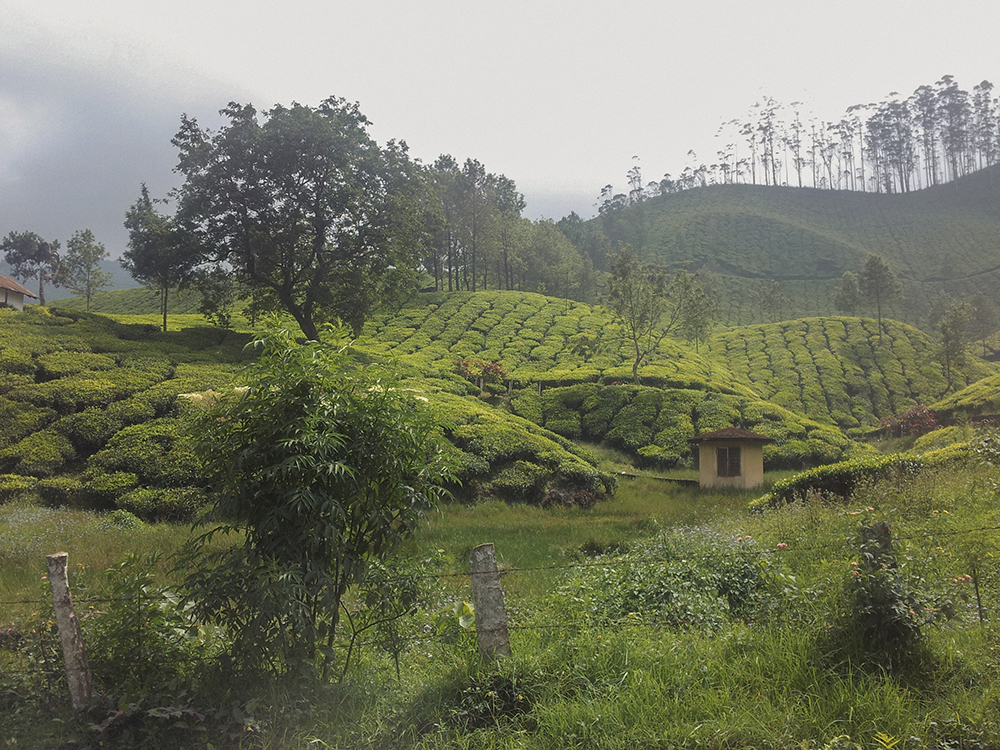 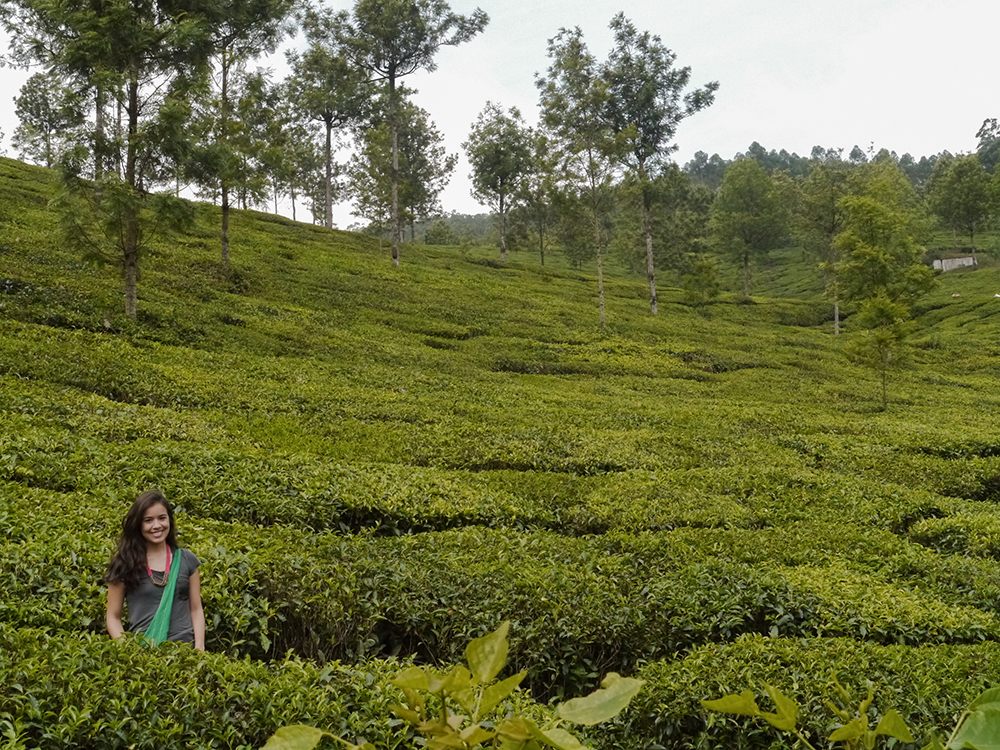 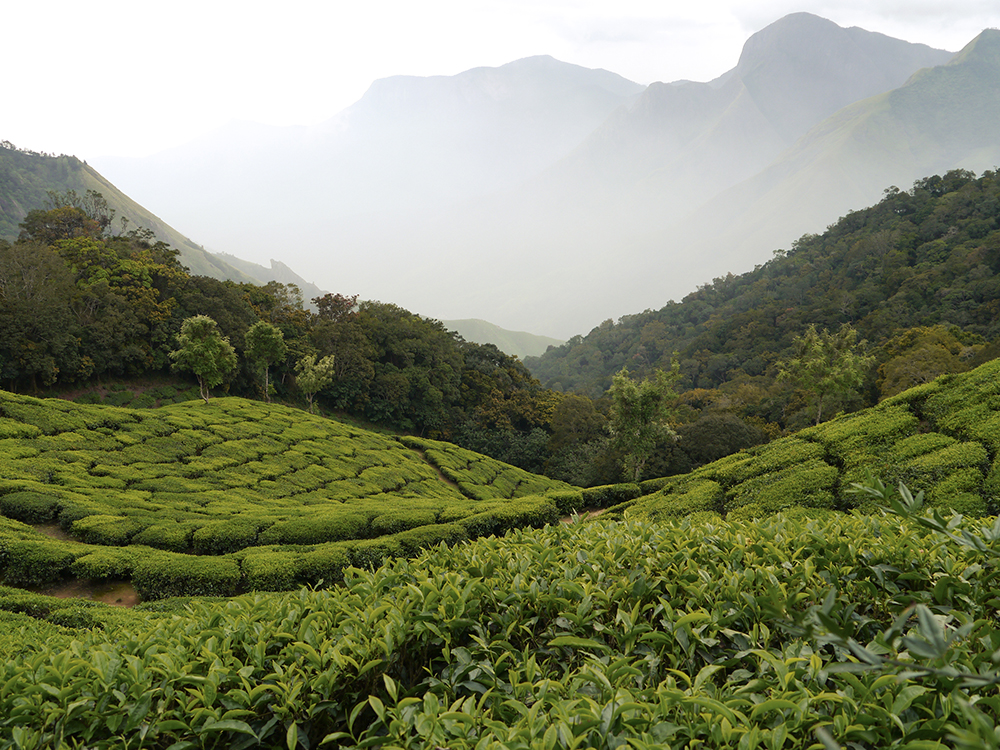 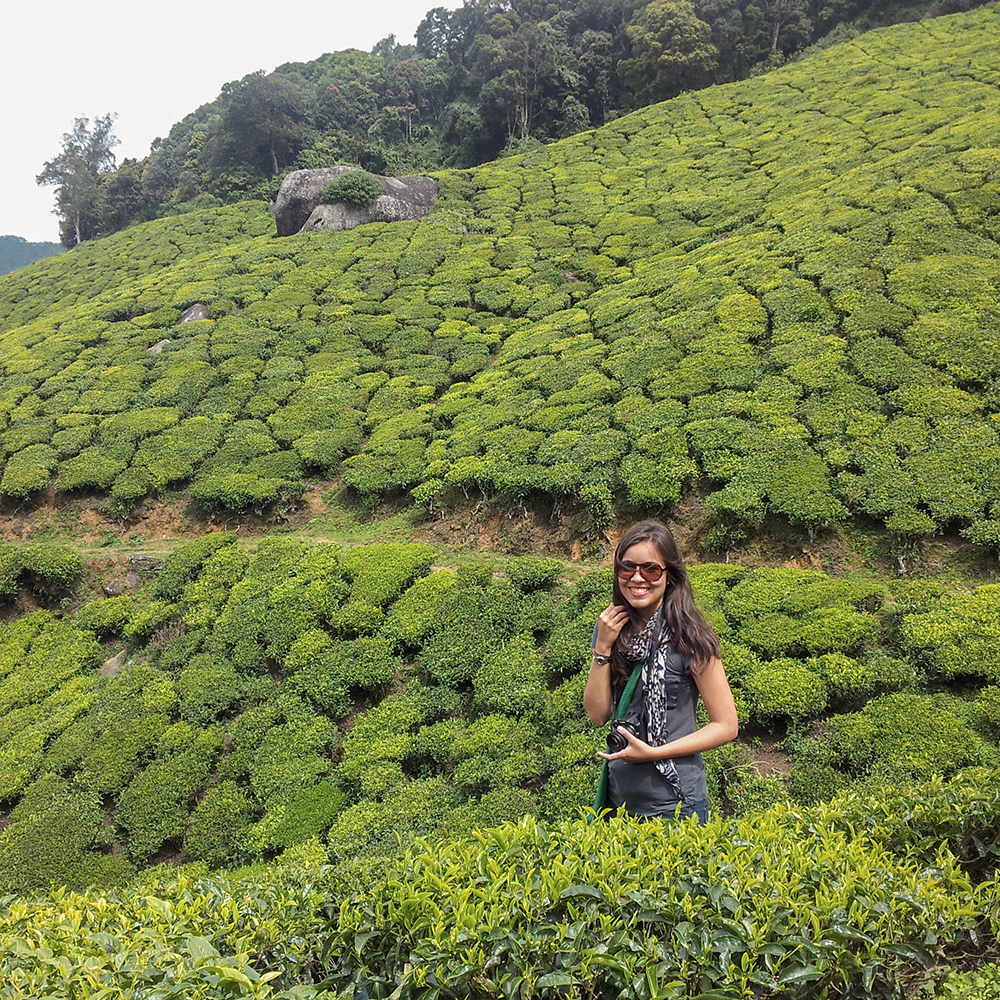 Day 7. We spent the most amazing 2 days in Kovalam tanning and having fruits for breakfast and dessert. I got stung by a jellyfish for the first time in my life (so be careful when you swim). The guys did some “Surfing” (and they sucked) and on our last night, we had a fancy dinner in a seafood restaurant, with such a great view of the beach. We walked back to the room and I remember being a little nostalgic that the trip and especially, that moment, was coming to an end.

I’ll be back soon Kerala. I miss you so much.